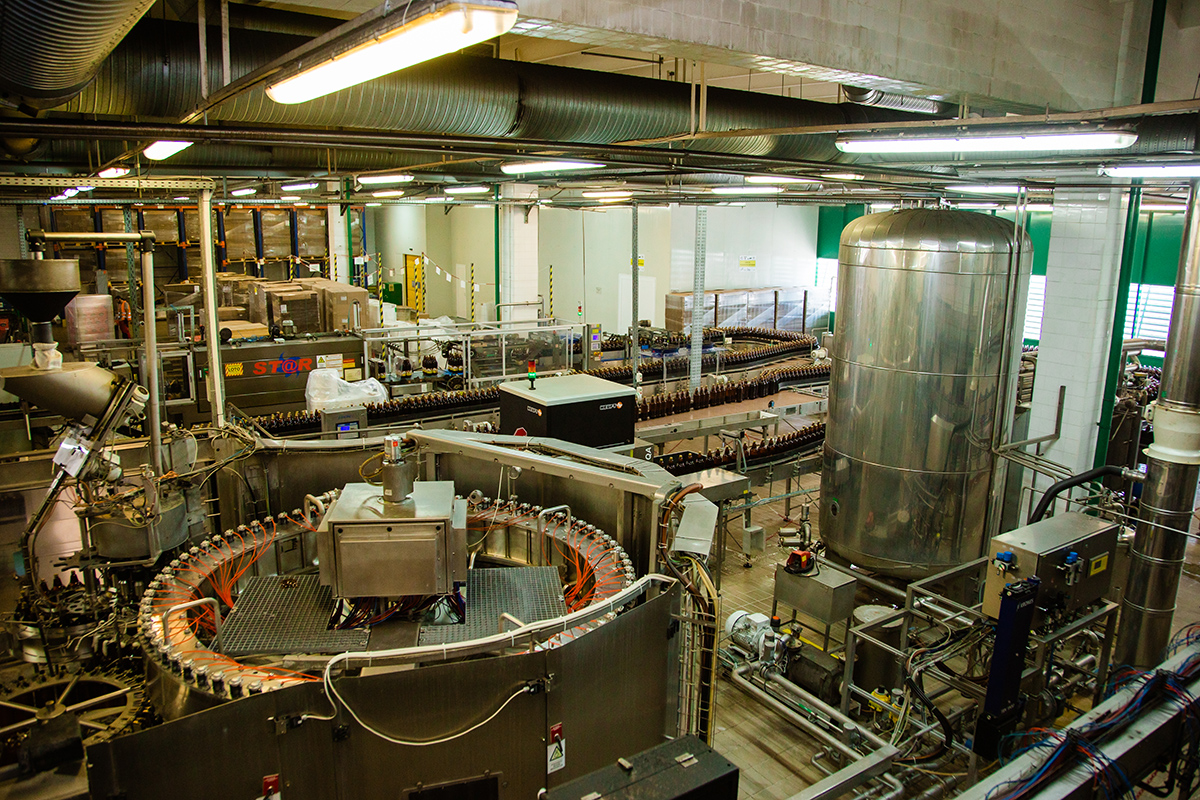 Green innovations in the brewing sector in our country help to improve the sustainable development and eco-footprint of the industry. Thanks to the modernization of breweries in the country, for the past 20 years the average water consumption for the production of hectoliter (100 liters) of finished beer has decreased by almost 5 times, from 15 to 20 hectoliters of 3 - 5 hectoliters/1 hectoliter of beer.

As an extremely valuable resource, optimizing the use of water and energy is a leading pride for every beer maker. Compared to 2014, brewers, members of the UBB, reported a reduction in water use of 4-6% on average, with the aim of becoming more and more sustainable. Data show that for the last 4 years the average electricity consumption for the production of 1 hectoliter of beer also decreased by 8%.

At the same time, large breweries are striving for 100% biological treatment of wastewater and generally introduce the so-called “circular economy” with innovative green solutions, announced the Union of Brewers in Bulgaria (UBB). Bio-anaerobic sewage treatment plants have already been put into operation, achieving over 80% purification of the industrial water used. Investing in anaerobic reactors also allows for the production of biogas as a byproduct that can be used as an alternative fuel to sustain the production needs of breweries.

Reducing the ecological footprint of breweries in Bulgaria was discussed during the annual General Assembly of the members of the Union of Brewers. Also presented were economic data for the industry as well as the overall activity of the association.

For 2018, the total investment of all members of the UBB is BGN 46 million, while for the period 2016-2018 their investments in fixed assets exceed BGN 130 million. Of these, between 25-30% are geared to green projects, capacities and buildings, and to energy-efficient activities.

Regarding the work and achievements of the UBB, the Executive Director of the branch organization, Ivana Radomirova, commented: “For the Union of Brewers, it was very much acknowledged that, according to an independent European survey, the reputation of the brewing industry in Bulgaria again has an impressively high approval rating. By this indicator, we are second in Europe after the Czech Republic for the third consecutive year.” The results of the survey of the international organization Reputation Institute show that 85% of beer consumers in Bulgaria are very much appreciating both breweries in the country and the beer category.

Union of Brewers wins a prize from the...

Branch organizations meeting at BIA: A lack of...