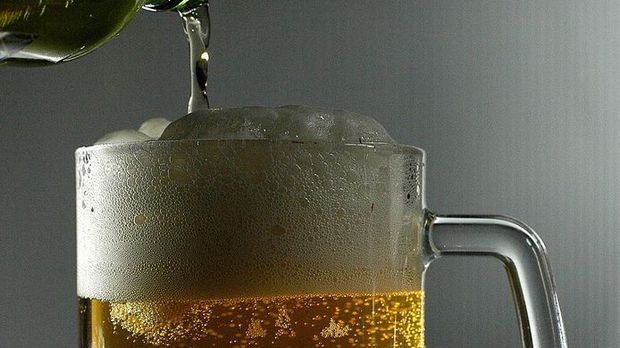 Modern world trends in brewing science and technology were the leading accents of the autumn edition of the National Beer Academy, organized by the Union of Brewers in Bulgaria. At a special event in Sofia, Executive Officer of the European Brewery Convention (EBC), John Brauer, presented innovative developments in brewing and shared up-to-date news about the development of the European beer industry.

The European Brewery Convention is the most prestigious scientific organization on the continent that develops quality control methods and procedures at all stages of beer production, from raw materials to packaging. Huge expert information has been gathered in the recently published edition of EBC Analytica, which includes 400 updated and new physicochemical, microbiological, sensory and other methods that are used in contemporary beer production. They cover all aspects and stages of the process and are applicable, including when developing new products.

“The Bulgarian brewing companies work in full compliance with the requirements of the EBC for quality control of the category. All colleagues maintain a high level in the different directions of brewing, with leading investments in equipment, innovation, product development. For the first half of this year, the capital contributions of members of the UBB amounted to BGN 25 million. The investments for human resources development on an annual basis are BGN 7 million and the product portfolio of the industry this year has been extended by over 21 new proposals. This dynamics of the sector also reflecting on the European scale,” said Ivana Radomirova, Executive Director of Union of Brewers in Bulgaria.

According to the statistics of the Brewers of Europe, the Bulgarian beer industry retains good positions, remaining in the first half of the EU ranking according to different economic indicators. We are 13th in beer sales and 15th in the European Union by production of beer. By volume of sales in 2017, the top three places are occupied by Germany, the United Kingdom and Spain. By the indicator production, Germany retains its leadership position, followed again by the UK, and Poland is third.

For Bulgarian beer fans, the EBC Executive Officer confirmed: “Beer is a completely natural product produced in modern breweries of varying sizes and technologies combine traditions with innovations and trends in the world market. In today’s global environment, this is a top priority that stimulates both scientific developments and the development of the industry in different parts of the world.”

Being increasingly sought after by consumers is a beer with a pronounced and dense malt flavor, which makes the aromatic components of hops less noticeable. Developments of gluten-free beer and drinks with increased antioxidant capacity, which are part of the research agenda of Bulgarian scientists, are among the world's trends. Recently, they presented technological solutions for obtaining a beer with improved antioxidant and functional characteristics, achieving a higher level of antioxidants in the final product in the 34% - 50% range. A new scientific project focused on the content of xanthohumol in Bulgarian beers is to be realized next year.

About the European Brewery Convention:

The European Brewery Convention (EBC) was established in 1947 and is the first international scientific organization for research and development in brewing. Since 2007, EBC has joined the Brewers of Europe, retaining its status as an independent scientific association.

About the Union of Brewers in Bulgaria:

The Union of Brewers in Bulgaria is the representative organization of beer producers in the country “Bolyarka – VT”, “Britos”, “Zagorka”, “Kamenitza”, “Karlsberg Bulgaria”, “Lomsko pivo”, “Dorovski Invest” and their suppliers of raw materials and equipment.