UPDATE OF REMUNERATION - AFTER... 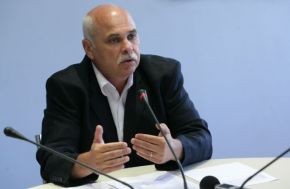 According to the business, there are seven main indicators, which has to be taken into account when determining the minimum wage. Mr. Dimiter Brankov - Vice President of BIA pointed out in an interview for the Bulgarian National Radio which are the main indicators for the deadline for determining the minimum wage in Bulgaria and why salaries have to go upwards not because of administrative measures, but under the pressure of the labor market.

“We have a common position with the syndicates and the government about the ratification of Convention 131. It dates back to 1974 and has not been ratified in Bulgaria but there aren’t any legal obstacles for its principles to be applied to the Bulgarian legislation”, said Mr. Brankov.

There are five factors, mentioned in the Convention, which have to be bound to appropriate indicators and which reflect those principles. The first one is that the minimum wage has to reflect the cost of living, need for the workers and their families but at the same time linked to the social assistance. The second one is the consideration of the average wage levels, the labor productivity and the need to maintain high levels of employment. For these requirements of the Convention to be applied, an appropriate set of indicators is needed, which the Bulgarian Industrial Association has proposed. In the budgetary sphere it is necessary to have a debate and earnest social dialogue. On an international level, however, there are relevant conventions that allow a certain degree of freedom in collective bargaining. There are some exceptions for collective bargaining in branches, which are not market-oriented.

“There are three widely discussed cases in the budgetary sphere, for example in health care, about which we have a lot of comments in regard to the way the collective agreement was signed”, said Mr. Brankov.

BIA opinion on a Project of Decree of the...

Employers’ organizations proposal for the...