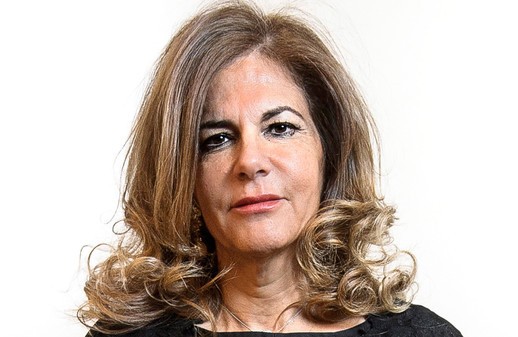 Emma Marcegaglia’s desk is about 6 metres long and covered with piles of paper. It is also surrounded by a group of her colleagues at BusinessEurope, the lobby group of which she is president, and PR people who all listen in while I interview her. I am not sure whether they trust her to say the right thing. The day after I speak to her, the head of press contacts me to ask if I will let him check the quotes. This is not FT practice, so I refuse.

As the head of BusinessEurope, which groups together many of the region’s leading business lobby groups, Ms Marcegaglia is supposed to represent the consensus. But the 50-year-old who, like most Italian businesswomen, is dressed with enviable glamour, is one of life’s talkers. This may make her PR minders nervous, but it has not held her back in a successful business career at home in Italy and now on the European stage.

“I never think ‘I cannot do this’,” she says. “I always compete with myself, not with the others.”

In 2008, as the first woman to head Confindustria, Italy’s business lobby, she became an almost daily media presence representing the angry corporate community in the dark days of the dying Berlusconi regime.

Six years later, prime minister Matteo Renzi appointed her to chair Eni, the energy group and Italy’s largest-listed entity. With the appointment Ms Marcegaglia became one of a new generation of Italian business leaders — such as Francesco Caio at Poste Italiane and Francesco Starace at Enel, the electricity company — to run Italy’s influential state-owned companies.

Under past prime ministers, the regular selection process for these jobs had become derisively known as the toto nomine — the appointments sweepstake — and was seen as rewarding political allies in the corporate world. Ms Marcegaglia’s appointment at Eni was part of a shake-up by Mr Renzi of this cosy arrangement.

She combines the Eni role with her job lobbying for European businesses. Here too, she voices strong opinions while others remain silent.

On a potential British exit from the EU, she is firm. On a scale of 1 to 10 where 10 represents “very worried”, she says her concern registers an 8. She says the UK would face serious problems if it were to lose access to the single market.

“You can have a free-trade agreement, you can have something that could help the relationship, but it’s not the same as being part of the internal market,” she says. “We need more Europe everywhere.”

She also believes the loss of the British voice at the EU table would be a significant one for the region’s businesses. She says the British have played a particularly important role in pushing forward the negotiations around the Transatlantic Trade and Investment Partnership which is under discussion between the EU and the US.

She believes BusinessEurope’s member groups outside the UK do not see Brexit as a potential business opportunity thanks to the loss of UK competitors. The groups signed an open letter in February arguing that the country should remain in the EU.

Ms Marcegaglia’s willingness to go public in support of the UK remaining in the EU stands in contrast to that of many others in the continental business community. The European Roundtable of Industrialists, a powerful group of 50 top chief executives and chairmen, for example, has been wary of getting involved in the political debate surrounding a possible Brexit.

To an interviewer subject to the daily barrage of anti-EU statements in the UK in the run-up to the referendum on British membership of the bloc in June, Ms Marcegaglia’s belief in its effectiveness is striking. She particularly supports the border-free Schengen zone, whose collapse, she says, would be disastrous for the region’s companies. “For us Schengen is a cornerstone. [Without it] we will destroy the single market which is the EU’s most important achievement.”

Her belief has been shaped, at least in part, by personal experience. She has an MBA from New York University (she holds an undergraduate degree in business economics from Bocconi University in Milan), and then began working at the family steel company, Marcegaglia Holding.

Ms Marcegaglia, who is now the company’s co-chief executive with her brother Antonio, says it would not have grown as it has without the single market. “We always exported a lot in Europe and the maximum part of our growth until 2009 was in Europe. The EU allowed us to become more international, not just exporting, but having companies in the UK, in Germany, in Romania, in Poland,” she says.

She describes herself as “50/50” Italian and European. “I travel a lot, for my company and for BusinessEurope. I have a lot of friends all over Europe. I feel at home in London, in Brussels, in Frankfurt.”

Nevertheless, she is also willing to point out the EU’s failings and the growing number of serious challenges it faces.

She believes EU member states must do more to push structural reform, competitiveness and labour market flexibility. This would boost low economic growth in the region and, she believes, reverse its loss of market share in foreign direct investment.

“We have still lost 2.5m jobs compared with before the [financial] crisis, while in the US, 3m jobs have been created,” she says. “There is still a lot to do.”

She believes business in Europe faces significant challenges — ranging from political uncertainty to the refugee crisis, to which she has called for a more effective response. She emphasises, too, that Europe needs immigrants.

“We will have problems with the demographic situation in Europe; also from an economic and business point of view we need skilled people. This [the influx of people] could also be an opportunity for Europe.”

She bemoans the “egoistic” approach that countries are taking to the challenge and believes that, in the absence of a co-ordinated regional response, the costs to society — and to the economy and thus business — will be high.

As for Italy, she is perhaps a little too effusive about the benefit of Mr Renzi’s reforms for the country’s economy.

“From the beginning of 2016, we created 70,000 new jobs, they’re not short-term jobs . . .  there is more interest from investors abroad looking at [the big Italian companies like] Eni, Enel.”

Her optimism is not widely shared. Although Eni itself has weathered the dramatic fall in the oil price better than many of its peers, Italy is struggling to address continuing problems in its banking sector, which pose a risk to its own economy and that of the eurozone.

In the past, Ms Marcegaglia has been unwilling to comment much on her relatively unusual position as a female executive in the top echelons of Italian — and European — business, and was not known as a champion of women in the workplace during her time at Confindustria.

She opposed quotas for women’s representation on boards, but has changed her mind since witnessing their success. In Italy their introduction has resulted in the choice of “very good, very talented women” and has led to broader improvements in women’s position in Italian society, she says.

“You see more women in meetings, more women at the university. It started progress which now [means] more energy and more possibilities for women.”

Nevertheless, she maintains Europe should stay out of the matter and leave national governments alone to take the legislative measures that are appropriate for their countries.

At Eni, she and Claudio Descalzi, its chief executive, are introducing measures to “allow good women to have access to the front row”, although she is proud that nearly a quarter of the company’s staff are already female.

“It’s not so bad for an oil and gas company,” she says. “Even in exploration in Kashagan [one of the world’s largest and most challenging oilfields in the Caspian Sea] we have women.”

And at Marcegaglia Holding, she says working with her brother has become less awkward. “At the beginning it was very strange. But we are very good friends, so it’s a bit easier for us.”

While her brother focuses more on the operational side of the business, Ms Marcegaglia’s responsibility lies more with the audit and financial aspects

The Italian press have suggested Ms Marcegaglia’s next step should be on to the political stage. The timing may be right, as both the end of her tenure at BusinessEurope and her re-election as chair of Eni are due in 2017.

She disputes the idea, noting there is still the family company to run. But it seems unlikely to be a big enough stage to contain her.

BUSINESSEUROPE reacts to State of the Union speech

10 priorities for the new European Commission...

BUSINESSEUROPE’s priorities for the Lithuanian...