The new Managing Board of the BIA... 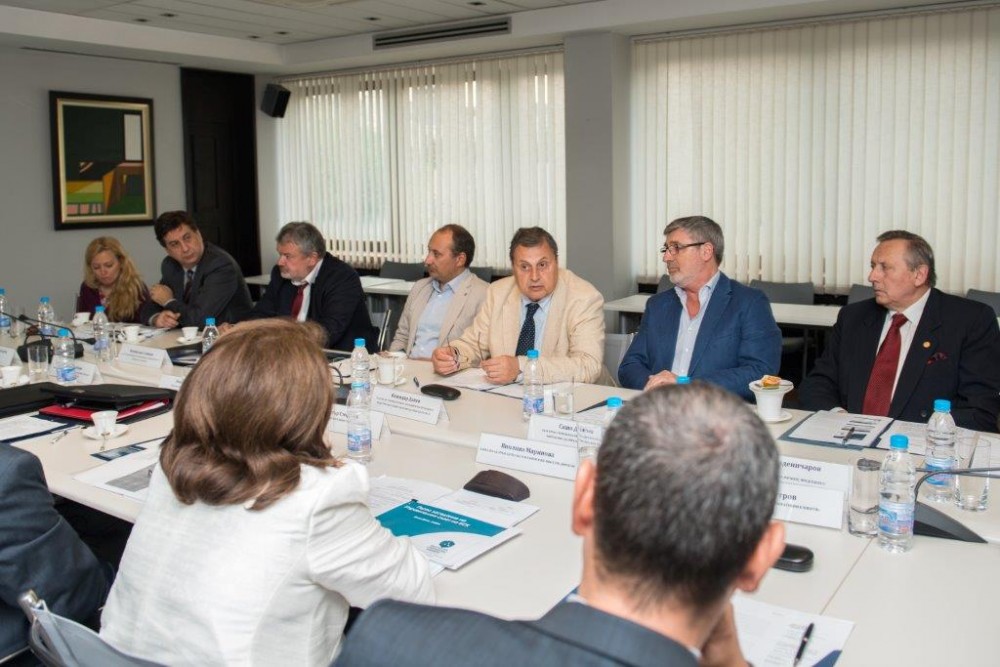 The newly elected Managing Board of the Bulgarian Industrial Association holds its first regular meeting after being elected by the BIA General Assembly on April 25, 2014.

25 years ago the Bulgarian society opted for a change. Unfortunately, due to its low civic culture at the beginning of the transition period, it allowed the elites, educated in the ideological institutions, with several plastic surgeries to create the illusion, but not to change the essence of the old totalitarian state. As a result, our society got a model of Marxist-Leninist capitalism. The environment brought about and "successfully" developed by all political players allows for no room for the capable and knowledgeable individuals who are honest and proud as a rule. And they are leaving this country of wise guys to seek the jurisdiction of another state where the results of their work will not only be appreciated, but also protected.

This situation is unacceptable and intolerable for the BIA members. It is imperative to put an end to the abuses of the rights and money of the free Bulgarian citizens which the state has been granted to achieve goals of PARAMOUNT importance to the society. Obviously, this task is not on the agenda of politicians. The BIA members as representatives of the majority of the most active Bulgarians, accounting for a significant portion of GDP with their imaginative and creative work, are determined to trigger and implement the necessary changes in society and the Managing Board is committed to taking the necessary actions to do so.

In this spirit and with resounding unanimity of thought the members of the Managing Board of the BIA, at its first meeting, discussed and identified the strategic goals to be pursued by the largest association of Bulgarian entrepreneurs in its activities. The meeting was held on 12 June 2014.

The management of the Association incorporates 17 entrepreneurs, representatives of science and people from the real business in this country. There is a lady among the members of the newly elected leadership – Violina Marinova, CEO of DSK Bank. The representatives of science in the management of the Association are Academician Stefan Vodenicharov, Chairman of the Bulgarian Academy of Sciences and Professor Marin Hristov, rector of the Technical University in Sofia. Business representatives in the newly elected Board of the Association are: Spyros Nomikos (Executive Director of Solvay sodi AD - Devnia), Petar Rizov (Director Corporate Clients Mtel), Ventsislav Slavkov (Chairman of the Mechatronics and Automation Cluster), Dr. Dimitar Dimitrov (Executive Director of St. Anna University Hospital), Kiril Zheliazkov (Executive Director of Specialized Business Systems AD), Maxim Mitkov (Manager of Max Europe EOOD), Nikolai Tonchev (Manager of NORD Tabac AD). The BIA collective members in the top management include Stiliyan Balasopulov - President of the National Union of Producers' Cooperatives and Petar Stefanov (Chairman of the Central Cooperative Union). Reelected previous Board members are: Anton Petrov (Chairman of the Bulgarian Association of Metallurgical Industry), Velichko Alexandrov (President of ITA-Hold AD) and Radosvet Radev (Executive Director of Darik radio AD).