BIA: The worst year of the crisis is... 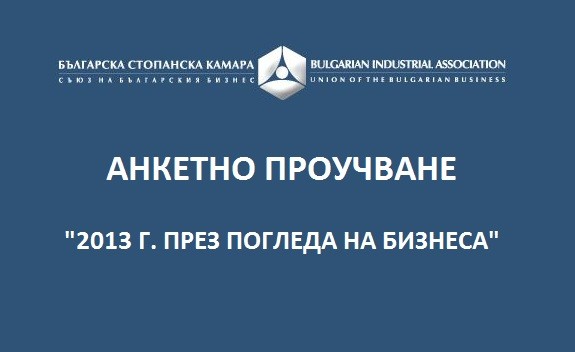 The worst year of the crisis has already passed and the next will be better for the Bulgarian economy. These are the expectations of entrepreneurs according to the traditional survey of the Bulgarian Industrial Association.

The study was conducted among 462 managers company owners. According to 22% of the surveyed, the business climate in Bulgaria in 2013 has improved. Last year these positive assessments were only 2%.

Although 39% of the businessmen foresee a stagnating economy in 2014, the poll shows the beginnings of optimism - every third respondent predicts a recovery of growth above 1.5 %. In 2012 only 16 % were positive in this aspect.

Though every fourth respondent expects a deepening crisis, last year their ratio was more than half.

Companies will rely on EU money to develop new products and services. 59% intend to apply under the EU programs, the survey established.

"2020 through the Business Viewpoint"

2016 THROUGH THE EYES OF BUSINESS