ABEO objects to the NAMRB proposal...

SUBJECT: NAMRB proposal for a further postponement of the determination of the municipal waste fee (MSW) based on the quantities of generated waste and provided services to the served population and legal entities

Notwithstanding all other factors, even if the census was carried out on time, its results could be used no earlier than 12 months after its completion, after the middle of 2022. It is obvious that given the extremely intensive domestic and external mobility of the population, the validity of the data obtained is extremely short and probably does not exceed more than one or two months. For these reasons, the data cannot be used adequately by municipal councils in making decisions to determine the basis and amount of solid waste until the next census, ie. after 10 years, following current EU procedures. As regards the housing stock as a subject of census monitoring, this information has no practical application for the analysis and procedure for determining MSW.

The current data from the registration of the persons at a permanent and current address under the control of the mayors of municipalities and the bodies of the Ministry of Interior are reflected in the population registers and are available to the administration. Moreover, given the forthcoming parliamentary elections, these registers should have been updated and reliable, incl. and to form the basis and amount of MSW. At the same time, after 1989 the procedures and obligations for the functioning of the address registration in the country are not subject to effective control by the competent state authorities. On this issue we have sent numerous proposals to the executive and legislative authorities, on which there was no adequate response, nor was a reasoned answer given.

The "polluter pays" principle was adopted in the LMTDA at the end of 2017. Since then, its practical application has been postponed several times. The NAMRB proposal currently under discussion is for another postponement, albeit with modified reasons. Delays are only a means of abolishing fairness, transparency, and control in the collection of solid waste. We are aware that there will always be pretexts for excuses for unfinished business, but the purpose of implementing the 'polluter pays' is exactly the opposite - to do the work most clearly and fairly that is practiced in all developed countries. We strongly oppose the manipulative statement by NAMRB, "that the new formula will drastically increase the fee of a large part of households at the expense of the business, which currently bears the main burden of payments."

As representative organizations of business in the country, we insist that the change based on determining the fee be implemented within the period set by the Local Tax Act, and that all attempts to postpone it be decisively rejected. 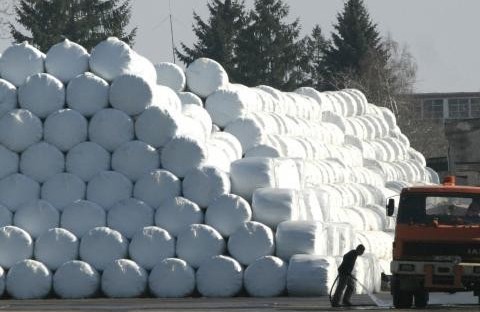