Position of the AOBC on the...

RESPONSE: Bill on amendment and supplement to the Penal Code, signature 702-01-55

The draft law provides for the establishment of criminal law provisions that regulate the responsibility of public officials and private sector officials symmetrically for the purpose of comprehensive counteraction to corruption.

The proposed changes do not find any support in the Constitution and the principles of the separation of private and public property proclaimed therein. The two forms of ownership are equal, since for each of them the law must create the same legal conditions for economic activity. Constitutional protection of property follows the logic of protecting the interests of its holder. Art. 18 para. 6 of the Constitution expressly states that state property is managed in the interest of citizens and society, and Art. 17 para. 3 proclaims inviolability of private property.

However, some of the proposed amendments incriminate acts or omissions of individuals who often combine the quality of the owner of the capital or part of it with management functions of the trading company or are sole traders. This is contrary to Art. 19 of the Constitution according to which the economy is based on a free economic initiative. Private property management actions involve freedom of contract, free pricing, and unobstructed choice of partners aimed at mutually beneficial conditions of the contracting parties. In the spending of public funds, the conclusion of contracts is subject to specific rules aiming at the most efficient utilization of the public resource in order to protect the public interest.

These fundamental constitutional differences imply a different degree of social danger in corrupt practices in the private and public sectors, and therefore require a differentiated legislative approach rather than a symmetrical regulation of the consequences of their application.

Our specific remarks are as follows:

Secondly, what is used in the new Art. The notion of "official duties" is incorrect. It is directly related to the concept of "service", which is mainly used for the activities of state bodies and institutions - see Art. 93, item 1 of the CC.

The ambiguity in the concept and the logic of the new text also exists with regard to the hypotheses offered - the significant adverse consequences have occurred for another individual or a legal person or a union and not as in the "mirror" art. 282, para. 1 NC (acting).

The inclusion of a new par. 2 of Art. 282 of the draft law provides for the prosecution of criminal liability for disciplinary violations on all grounds. The text does not contain clear criteria to distinguish offenses in a way that clearly defines the type of liability to be borne - disciplinary, administrative or criminal. This would create an interpretative chaos and arbitrariness in law enforcement.

In general, the proposed changes to the said texts of the bill are not based on a public need and can create conditions for uncertainty in the legal sphere and in the civilian turnover.

Executive Chairman of BIA
and Chairman of the AOBE for 2018,
on behalf of BICA, BIA, BCCI and CEIBG 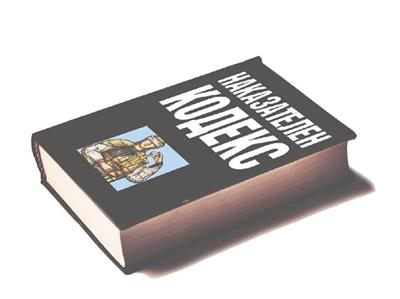