Court of Arbitration at BIA

COURT OF ARBITRATION AT BIA

The contemporary world long ago discovered the advantages of the alternative dispute solution. It is an alternative to court litigation which is more clumsy and expensive particularly in Bulgaria.

The Court of Arbitration at BIA guarantees high quality in disputes’ settlement. This quality is assured by the competent panel of arbitrators, including former Constitutional Court justices, judges of the Supreme Cassation Court and the Supreme Administrative Court, and some of the most distinguished scholars and practitioners: professors, associate professors and doctors of law, renowned lawyers and experts.

If you seek a remedy for a violation of your right and you want a prompt and final solution of the dispute, you can resort to arbitration. In this one-instance process, you will obtain an award enjoying the same force as the decision of a state court. Based on the arbitral award, you can also obtain enforcement abroad under the New York Convention.

Advantages and Disadvantages over Litigation

You can contact the Court of Arbitration (CA) of BIA when:

What is an arbitration agreement?

You are not recommended to refer to the Court of Arbitration at BIA in cases of:

You can refer to the Court of Arbitration at BIA for mediation when the parties aim to agree over a dispute concerning the formation and execution of a contract. In this case they need a mediation agreement.

What is a Mediation agreement? 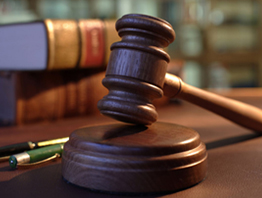