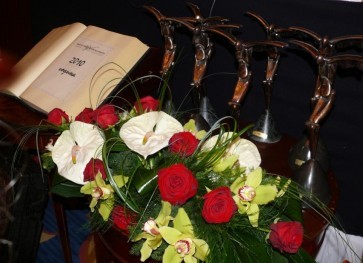 The Bulgarian Industrial Association celebrated festively thirty years from its foundation on 27 April 2010 in Sheraton Sofia Hotel Balkan. Among the distinguished guests of the event were the President of the National Assembly, Tsetska Tsacheva, the Secretary-General of the International Employers' Organization, Antonio Penalosa, the Chairperson of the Budget and Finance Committee with the National Assembly, Menda Stoyanova, the Minister of Labour and Social Policy, Totyu Mladenov, heads of over twenty diplomatic missions in Bulgaria, foreign business delegations, social partners, companies and the media.

The President of the Republic of Bulgaria, Georgi Parvanov, sent a greeting note to management members of the Bulgarian Industrial Association emphasizing BIA's contribution and accomplishments in enhancing the regulations within the social-economic, industrial, tax, social policiy etc. and its leading role in the search for measures to exit the world economic and  financial crisis.

The President of the National Assembly, Tsetska Tsacheva, addressed the audience pointing out the crucial role that BIA has played during the transition years and within the present day global economic crisis. According to her, the years of transition from the early 1990s till now would not have been possible, if it were not for the Bulgarian Industrial Association, the active social dialogue and reasonable proposals by the business representatives, including ones in the law-making process.

The prize winners in BIA'a annual competition for contributing to the Bulgarian economic development were bestowed the IN-5 Awards at the forum. The awards were bestowed for the sixth year in a row. Their name, IN-5 Awards, stands for the five basic pillars of economic prosperity, namely, Industry, Investments, Innovations, Intellect, and Initiatives.