What happened on international... 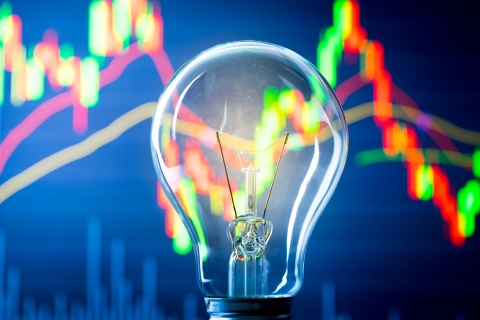 Brent crude oil is now trading at $ 125 a barrel, after reports that the United States is in talks with European countries and Japan to ban imports of Russian oil. Ural oil continues to have a discount of $ 23/barrel or $ 102/barrel.

Gas storage in the EU is 27.7% full and is expected to end the winter with a storage capacity of 256 TWh. On average in the previous years before the pandemic, the winter season in the EU ended with a stock of over 300 TWh (or a total of about 1/5 more than the current forecast).

The focus is gradually shifting to strategies and resources for stock recovery before next winter. According to ENTSO-G, the EU has reduced its share of gas imports from Russia from 47% in the winter of 2021 to 28% in the winter of 2022, with the liberated market share occupied by LNG supplies from the United States. The question is at what price (according to Bruegel, at current energy prices this would cost Member States around 70 billion euros or almost six times more than in previous years).

The European Commission is likely to propose an 80% target for the EU to fill the repositories by 30 September this year, to be achieved and secured by member states. In fact, from their governments, which in some cases will require legislative changes at the national level.

The EU consumes about 524 billion cubic meters of gas a year, almost a third of which comes from Russia. Currently and in the short term there are no alternatives to its complete replacement, which means that at least in 2022 a deficit of 15-20% will be formed, which will affect both the EU energy sector and industry (consumer of raw material and / or energy).

The meeting of the EU Council of Energy Ministers (held last Monday) encouraged the acceleration of the process of connecting Ukraine's electricity grid to the mainland. This event was originally planned for 2023. From a technical point of view, this activity is within the responsibilities of ENTSO-E and they will present the specific dates and periods for this activity.

What does the connection of Ukraine's electricity system with that of the EU really mean? In short, if the Ukrainian electricity grid is connected to the EU, the EU will be responsible for maintaining a stable grid frequency in the event of a power outage in Ukraine.

On March 1, the Prime Minister of Russia instructed the Ministry of Finance to conduct a mass buyout of shares of Russian companies at the expense of the National Welfare Fund. The total amount is up to 1 trillion rubles.

The result - a collapse of shares of Russian companies on the London Stock Exchange. For example, since the beginning of the year, Sberbank's share prices have fallen 16.5 times. On February 28, a US depositary receipt (4 shares) fell to $ 0.9.

"On the buyout market" are not only state-owned enterprises (Sberbank, Gazprom, Rosneft, etc.), but also private ones (NOVATEK, Severstal, MMK, Phosagro, Lukoil, etc.).

Currently, shares of Russian companies are not traded on international exchanges, and the Moscow Stock Exchange canceled trading until March 9.

Accordingly, all transactions and operations of Russian companies with citizens and companies from countries unfriendly to Russia must be approved by a government commission for the control of foreign investment.