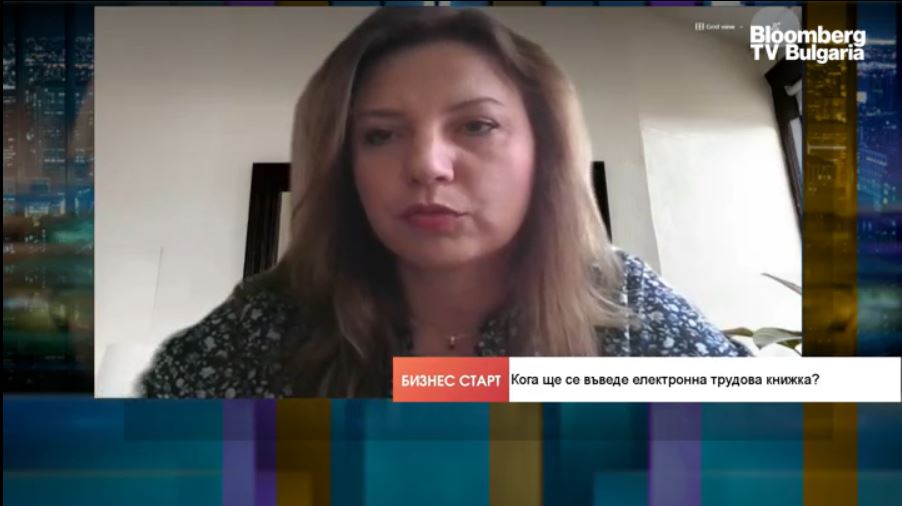 The electronic employment record would be a significant convenience for employees, would reduce the everyday problems of retirement and labour fraud, but some details still need to be considered, Maria Mincheva, Deputy Chair of BIA, stated on "Business Start" with Hristo Nikolov.

It is a considerable improvement that an MP has taken the legislative initiative for introducing an electronic employment record book, and the bill has been submitted to the National Assembly. The idea for the electronic record book is not new; in fact, the discussions about it date back to 2014. However, technology has advanced dramatically, and we live in an environment where we can complete and imply the digitalization of labour documents, the expert explains.

"We cannot say that we do not agree with certain parts of the bill, which MP Maria Capone submitted; it is about the philosophy behind the electronic workbook."

Maria Mincheva clarified that Ms Capone's bill states that the electronic employment record is an "electronic document". She believes that, in its essence, the digital work record book will actually be a standard register for everyone using the service. The developers must converge the register to the other ones, managed by the NRA and NSSI. Another critical component is the ability to make inquiries in the register of electronic employment records.

"Anyone with a PIC code should be able to enter the register and easily and quickly check where he is employed, when and at what salary."

Maria Mincheva points out that all these details should be considered for the service to be as refined and convenient as possible for the users. She explained that the e-book in no way means a change in the Labor Code. The legal framework governing the employment relationship between an employee and an employer remains the same. The e-book can only change the technical implementation of the instructions set in the legal framework, which we all know.

The expert mentioned the cases in which a citizen loses their employment record. In this situation, they need to require a new certificate from all their former employers, which they then submit to the General Labor Inspectorate, which issue a new record book. In addition, it is not uncommon for a citizen to have problems with retirement due to the lack of a signature or seal in a field. A mistake like this could mean looking for work experience of one, two or three months. With the e-workbook, all this can be tracked and corrected promptly. The e-record book would also reduce labour and insurance fraud, Maria Mincheva believes, because the employee will have real-time access to their data and information on their income. Whereas, with the paper record book, they mainly rely on their employer's honesty.

As of MP Maria Capone's bill, the transitional period should last 1 year.

"It is this transition period that needs to be discussed in detail to ensure that the institutions have time to adapt to the new way of working."