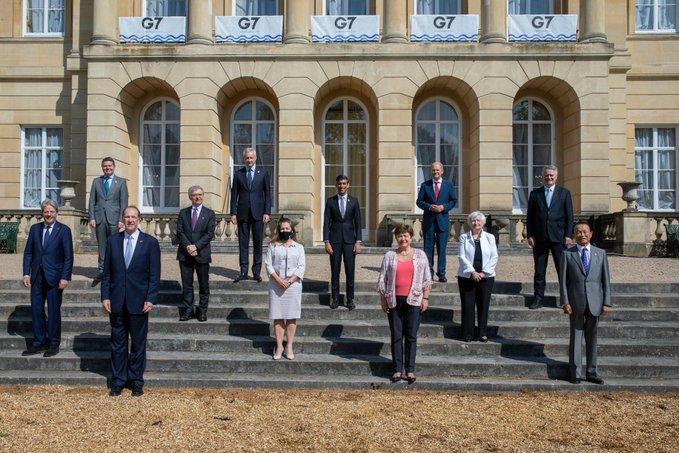 The developed economies of the G7 have achieved what they have called a "historic agreement" for the taxation of multinational companies. A statement released on Saturday (June 5th) shows that the United States, Japan, Germany, France, the United Kingdom, Italy, and Canada have solid reasons to prevent companies from shifting their profits to low-tax jurisdictions and to ensure that larger multinational companies pay most of their taxes where they operate. The finance ministers approved of the idea and this marks a significant step forward in the negotiations that began in 2013, according to the Financial Times.

Rishi Sunak, the British finance minister, embraced the deal as Chairman of the group for 2021. "My colleagues and I have reached a historic agreement on global tax reform, requiring the largest multinational technology giants to pay their fair share in the UK," he said.

Sunak's enthusiasm was shared by his fellow G7 finance ministers. Janet Yellen, the US Treasury Secretary, said the agreement was a "significant, unprecedented commitment" to a minimum global corporate tax of at least 15%, which would significantly increase US corporate tax revenues. "That would ensure justice for the middle class and working people in the United States and around the world," she said.

If the agreement comes through, it will state the significant development in global tax policy, CNBC notes.

The G7 agreement will provide the necessary momentum for the upcoming talks planned between 135 countries in Paris. The G20 finance ministers will meet in Venice in July.