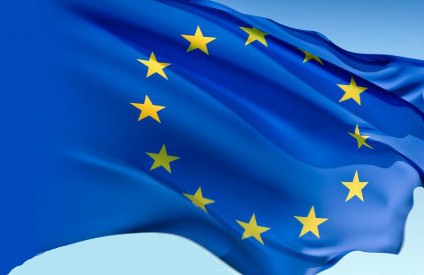 The Commission today presented the outcome of negotiations for the Economic Partnership Agreement with Japan and the trade and investment agreements with Singapore to the Council. This is the first step towards the signature and conclusion of these agreements.

A swift conclusion and a quick implementation of the most important trade agreement ever negotiated by the EU was a personal commitment undertaken by the President of the European Commission Jean-Claude Juncker and the Prime Minister of Japan Shinzo Abe. During a bilateral Summit and at the margins of a G7 Summit, both leaders provided political leadership at the highest level in order to accelerate and finalise negotiations in 2017.

President of the European Commission Jean-Claude Juncker said: "The step we are taking today paves the way for our companies and citizens to start benefitting from the full potential of the Economic Partnership Agreement with Japan already in the coming year. Europe believes in open and fair trade, based on a global rulebook. Our economy depends on it, our companies thrive off it and our consumers expect it. Along with like-minded partners around the world it helps us create jobs and set standards both at home and abroad. Today we take a step forwards towards concluding agreements with two of our closest Asian partners, Japan and Singapore. The impact of these agreements will go far beyond our respective shores - it sends a clear and unambiguous message that we stand together against protectionism and in defence of multilateralism. This is more important than ever."

Vice-President Jyrki Katainen, responsible for Jobs, Growth, Investment and Competitiveness said: "The EU stands up for an open, rules-based and fair trade order. Japan and Singapore are key and like-minded economic partners. The signature of deep and comprehensive trade agreements with them will benefit our exporters, workers and consumers - by for example eliminating duties worth €1 billion per year on EU exports to Japan every year. It is also a concrete step towards a better global trade order, based on shared values and rules. We now hope for a swift and smooth conclusion of these agreements, which will allow EU firms, workers, farmers and consumers to reap the benefits of these deals as soon as possible."

Commissioner for Trade Cecilia Malmström said: "With Japan and Singapore we are making a strong statement in defence of open and fair trade based on rules. These win-win agreements will also create major opportunities for European businesses and citizens. The economic partnership with Japan will cover an area with 600 million consumers and a third of global GDP. Its economic potential is clearly unprecedented. Singapore is already a gateway for Europe into South East Asia, and with our new agreements we aim for a strong boost to our trade with the region. Both Japan and Singapore are important partners for us in defending multilateralism and ensuring strong international organisations."

The Japan agreement is the biggest bilateral trade partnership ever negotiated by the European Union. The Economic Partnership Agreement will open huge market opportunities for both sides, strengthen cooperation between Europe and Japan in a range of areas, reaffirm their shared commitment to sustainable development, and include for the first time a specific commitment to the Paris climate agreement. It will remove the vast majority of customs duties that cost EU companies exporting to Japan €1 billion a year. The agreement will also eliminate a number of long-standing regulatory barriers, such as double testing and overlapping bureaucracy. It will open up the Japanese market of 127 million consumers to key EU agricultural exports, protect over 200 traditional European regional food and drink products in Japan (the so-called Geographical Indications) and increase EU export opportunities in a range of other sectors, including the ability for European companies to bid for public contracts in many Japanese cities.

The EU and Japan are also in the final stages of negotiation of a Strategic Partnership Agreement. Upon entry into force, it will upgrade the political relations between the two sides by reinforcing political dialogue, affirming shared values and common principles, and enabling closer cooperation to tackle common challenges, bilaterally and in multilateral fora.

The trade and investment agreements with Singapore are the EU's first completed bilateral deals with a member of the Association of Southeast Asian Nations (ASEAN). Within ASEAN, Singapore is by far the EU's largest partner with a total bilateral trade in goods of €53.3 billion (2017) and in services of €44.4 billion (2016). Over 10,000 EU companies are established in Singapore and use it as a hub to serve the whole Pacific region. With these agreements, the EU has therefore made an important stride towards setting high standards and rules for the important and fast-growing Southeast Asian region. The deals also represent the first building block of a future region-to-region trade and investment agreement between the EU and ASEAN. Singapore is already the number one location for European investment in Asia, with investment between the two growing rapidly in recent years. Bilateral investment stocks reached €256 billion in 2016.

Once approved by the Council, the agreements will be sent to the European Parliament, aiming for the entry into force of the trade agreements with Japan and Singapore before the end of the current mandate of the European Commission in 2019; the investment protection agreement with Singapore will follow its ratification procedure also at Member State level.

MEMO: Key elements of the EU-Singapore trade and investment agreements