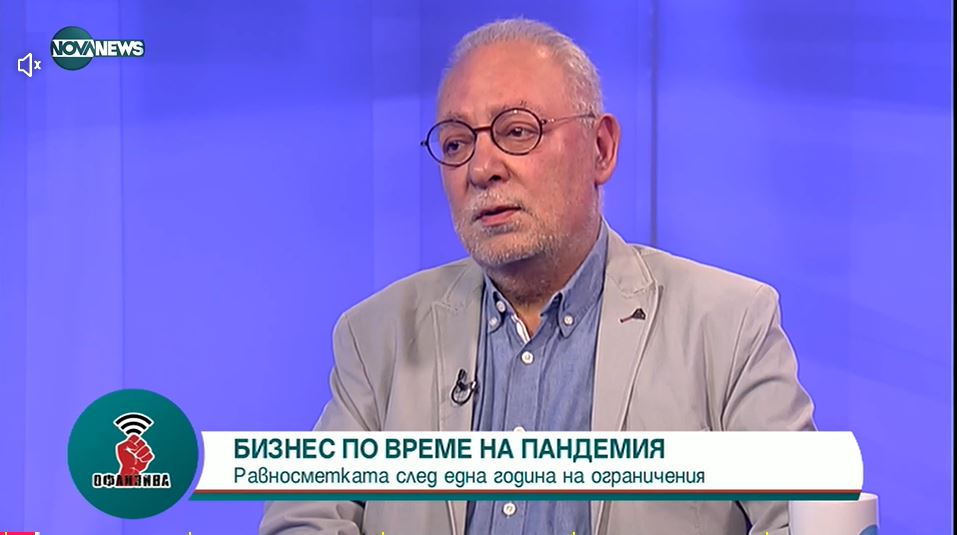 "Both the healthy and the sick require a functioning business," the Chairman of BIA stated on Nova TV

"The retail business, restaurants, transport, fitness, the export industry are among the most affected by the pandemic," Radosvet Radev, Chairman of the Bulgarian Industrial Association, listed for NOVA NEWS.

According to him, the health drama is serious, but the economy will experience a true tragedy. "Businesses find ambiguity the biggest problem; they don't know whether or not they will exist by dawn, literally and figuratively. It's like riding a bike. As pick up the speed, you keep pedaling. If you stop, however, you fall, and you may never ride again. That's the reality they're facing, " Radosvet Radev explained.

For Radosvet Radev, it should be clear to the government that both the healthy and the sick need a functioning business.

"The problem with the liquidity of Bulgarian business is getting bigger by the minute," Radev underlined. He believes that measures and aid in support of business are a matter of urgency. "With the expiration of this declared state of emergency, also expires the perhaps most efficient measure for the Bulgarian economy - the moratorium on the payment of principal on loans. The Bulgarian banking system does not have the sovereignty to decide for itself if it can prolong it. The ECB is focused on starting the payment of the principals from April 1st. This "vacation" affects about 14,000 companies and BGN 10 billion. Relatively good or less good measures have been bureaucratically delayed for months," Radosvet Radev revealed.

According to him, the first and second lockdown was somewhat alleviated by the fact that the companies still had savings and the employees had more patience; they at least had unused leave.

"Businesses invested money in making their facilities secure (masks, disinfectants, etc.) and they have the right to pay their employees and pay their taxes," Radosvet Radev said.

"The key is staying ahead and being prepared. This is a challenging time for the management of the country. We all want a clear, understandable strategy working toward Bulgaria's success," BIA's Chairman concluded.