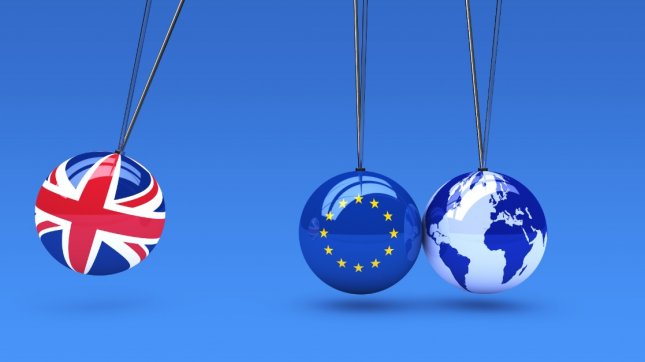 The last day of 2020 marks the end of the transitional period for BREXIT and marks the beginning of a new stage in the development of relations between the European Union and the United Kingdom, which is now officially a third country, and EU law does not apply to it from 01.01. 2021. Of course, separation affects all spheres of public and political life.

In this article, we will focus on the specific and immediate changes that will directly affect business with the United Kingdom and the exchange of goods after 01.01.2021.

Starting from the first day of 2021, for customs purposes, the United Kingdom has been equated with any other non-EU country with the resulting procedures applicable to the import and export of goods and services. We provide a brief overview of the newly adopted formalities.

When exporting or importing from the EU to the United Kingdom and vice versa, each economic operator should be provided with a unique EORI identification number. The identifier is issued by the customs authorities of the concerned Member State and is necessary for the interaction with the customs administrations. EORI numbers issued before 01.01.2021 in the United Kingdom are no longer valid in the EU and a new number should be requested, which will be valid after 01.01.2021.

It is important to note that the EU and the United Kingdom will mutually recognize the status of the Approved Economic Operator, which allows certain companies to benefit from certain facilitation in customs procedures.

The general rule is that the import of goods into the United Kingdom or their passage through its territory will require the completion and submission of a customs declaration as well as an exit summary declaration. The latter concerns the safety of the goods and is presented at the customs office of the country where the export starts or, in some cases, the country in which the exporter is established.

Imports into the United Kingdom are also subject to several customs procedures, however, the submission of a customs declaration may be postponed for a short period until 30.06.2021.

Similar procedures apply when importing goods from the United Kingdom into the EU, with an additional Summary Declaration that has to be submitted in advance (before the arrival of the goods) at the EU border.

The EU-UK Trade and Cooperation Agreement provides zero duties and zero quotas for the trade of goods originating in the EU or the United Kingdom; rules of origin of goods have to comply with the administration.

As of 01.01.2021, goods imported into the EU from the United Kingdom are subject to VAT based on the applicable VAT rate for the goods of the Member State where the goods are imported to. Generally, the VAT rate can be charged by the customs authorities on the importation, unless the country allows for it to be included in the VAT return. As a rule, goods - exports to the United Kingdom will be exempt from VAT - Art. 146 of the VAT Directive.

From the end of the transitional period, excise goods entering the EU from the United Kingdom are taxed according to the rules of the country of importation or the country of consumption under the excise duty suspension arrangement.

In this respect, it is important to note that economic operators in the United Kingdom can no longer benefit from the benefits of the Excise Movement and Control System (EMCS) applicable to goods under suspension of excise duty. The system is designed not only to simplify administrative procedures, reduce paperwork and efficient use of modern IT tools but also to ensure more reliable movement of goods by checking the data of the trader before the goods are sent, ensures a faster and safer return of a document certifying that the goods have arrived at the place of receipt and controls the movement of excise goods, allowing the receipt of information in real-time.

From January 1st, all general prohibitions and restrictions on the transfer of goods such as firearms, ammunition, precursors, etc. are in force for imports and exports between the EU and the United Kingdom.

There will also be complications concerning the movement of agricultural goods, which should already be accompanied by the relevant health certificates and will have to pass sanitary and phytosanitary control upon import. Under certain conditions, the administration process may be eased for some companies.

The new import/export rules of goods are just one aspect of the fundamental changes that have taken place in Europe since BREXIT, as the team of "Murgova and Partners" closely monitors the development of new EU-UK relations and the trends. We aim to keep up with the applicable regulations so that we can provide our clients with the most complete and up-to-date consultation possible in the upcoming dynamic period.

The material was prepared by Murgova & Partners Law Firm. The company is a member of the Bulgarian Industrial Association and has significant experience in consulting online retailers.

The Management Board of BIA held its regular...