Will the parliament have time for... 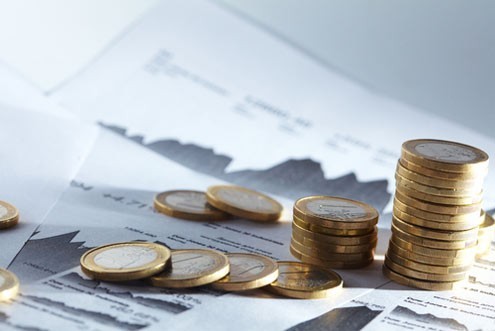 What is happening with the draft amendments to the Social Security Code, which regulates the phase of payment of pensions from the private funds? For the second time, the state officials extended the deadline for submitting proposals between the first and second readings. The deadline is February 5th. So far, however, the only proposal has been made not by MPs, but by CITUB. The union suspected shady negotiations on the project, after it became clear that the Financial Supervision Commission had submitted, in the form of an opinion, a new bill, in parallel with that of the government.

How do trade unions and businesses react, given that they have been working with the Ministry of Social Affairs for almost three years to prepare the texts of the government version? Is it actually possible that the time will not be enough for the adoption of the changes in the law within this government?

Representatives of trade unions and businesses welcomed with bewilderment the postponement of the deadline for submitting proposals between the first and second reading of the amendments to the Social Security Code. They were also confused by the opinion of the Financial Supervision Commission, which in practice rewrote the texts submitted by the government, although these texts are the result of the efforts of a working group with the participation of all stakeholders, including the Financial Supervision Commission. In the meantime, it became clear that, according to the Chairwoman of the parliamentary budget committee, Menda Stoyanova, a working group should be set up to clear the details and consider the opinion of the Financial Supervision Commission. The National Secretary of CITUB Asya Goneva commented:

"The delay is quite strange. It is also strange that there was no other proposal besides this of CITUB. Something is happening behind the curtains that remains unknown for the general public. ... Why should the FSC impose any further adjustments? A control body should control what is written in the law, and not want it to be written in a way that is convenient for it. "

Is there a risk that the 44th National Assembly will fail to accept the changes:

"It is absurd and it would be extremely irresponsible. I do not allow it. I think that the government will do everything possible to prevent this from happening, because they are the initiators of this bill, the texts will be adopted by the end of this political term. The bad thing is that we what happens when we rush things".

Goneva stated that CITUB does not intend to deviate from the proposals submitted by the union between the two readings that the payment of the supplementary pension from the second pillar of the pension insurance and that for length of service and age should start at the same time, although the Bulgarian Association of Companies for supplementary pension insurance categorically objected to the proposals made by CITUB:

"There is no logic and no one can convince me that it is right to receive the second pension, the supplementary amount, separately one and in advance to the main one."

"The term of office of the current National Assembly is getting shorter. We are entering the election campaign period. The first people to retire will do so in September. It is a very bad practice to approach this way. ... The biggest advantage of this bill is that it foresees an assessment opportunity of its impact after 5 years .... It is reasonable and far-sighted not to make substantial changes to this bill, to move the texts that have been agreed upon with the social partners, and to monitor the application of these norms in the next few years ".

According to her, a factor for the extension of the term is probably the fact that by the end of its mandate this National Assembly has other urgent bills to deal with. Regarding the opinion of the Financial Supervision Commission, Mincheva commented:

"Representatives of the FSC participated in the working group that drafted this bill. This commission is a control and supervisory body of all acts that will be developed by the pension companies. There is no reason to present completely new ideas."