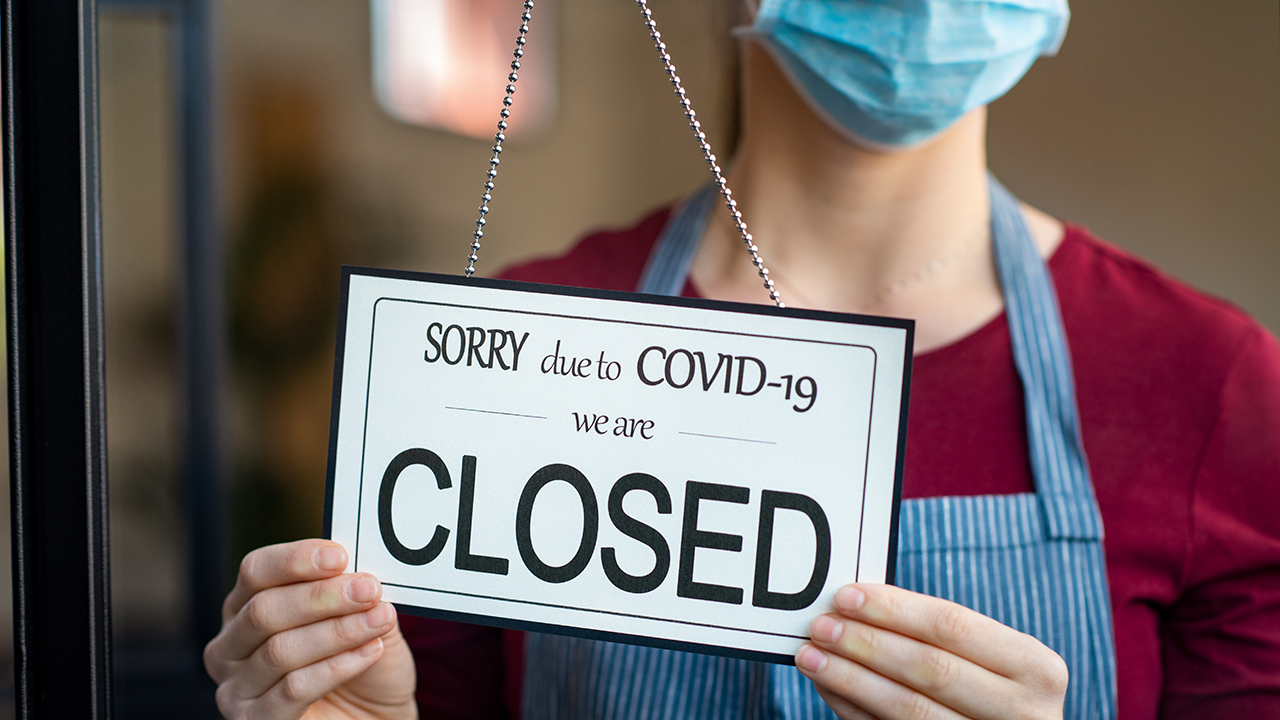 The labor market is a complex thing and any unusual interference in it can lead to some serious shocks and consequences. Supporting business in the form of employment subsidies now, in the midst of the crisis and in the midst of a partial lockdown, is particularly urgent, but just as it can be useful, it can also turn out to be dangerous. The deceptive feeling that unemployment is lower than it really is could be a time bomb ready to explode after the election. If the crisis continues, many of these people who are now receiving salaries for state aid, may find themselves out of work in just a few months - this time for real.

According to the Employment Agency (EA), the registered unemployment rate in the country in November was 6.7%, which is the lowest piont since the end of the state of emergency on May 13th last year. The unemployed in the labor offices were 218,840, which is 9069 people less than in October. However, whether this is a cause for joy, or rather a magic trick of statistics, remains yet to be seen.

Currently, the largest EU support for maintaining employment is channelized under the Operational Program for "Human Resources Development" (OPHRD). In general, its categorized measures can be divided into three main groups - to support employees who work on the front lines of the coronavirus, business support and support for the most vulnerable groups.

According to information provided to “Capital Daily” by the Ministry of Labor and Social Policy (MLSP), the total value of the measures envisaged so far for COVID under OPHRD is over BGN 636.1 million. However, only BGN 114.2 million or 18% of the resources have been provided by the budget. Most of the measures will last until the end of 2021 or are even planned until 2023. Therefore, MLSP expects most of the resources to be tapped in 2021.

Besides the European funds, the budget expenditures of the line ministry and its agencies for business support and social measures were in a much more modest amount - BGN 9.8 million at the end of October last year. The 60/40 scheme, which was extended at first until March will also operate separately until September. The planned budget for it is BGN 1 billion, for which Bulgaria will receive a loan under the EU's SURE program.

The first measure under OPHRD is related to the provision of additional monthly salaries of BGN 1,000 for medical and non-medical staff and personal protective equipment. It has a budget of BGN 240 million, and by the beginning of December more than BGN 69 million have been tapped, according to MLSP. Measures have also been implemented for them - additional remunerations and personal protective equipment, and over BGN 7.7 million have been paid so far.

After the declaration of the state of emergency last March, some of the measures for the business came into force , but still their support remains disputable. The scheme "Short-term employment support" allows for the payment of compensation of BGN 290 per month for a period of up to 6 months to employees and self-employed persons whose activities are directly affected by the pandemic.

Its total budget is BGN 40 million, and over BGN 17.5 million were actually spent by the beginning of December.

The second measure aimed at business is "Employment for you". Although some economic sectors are negatively affected by COVID-19, others are hungry for staff and the measure is targeted at them, note experts from the Ministry of Social Affairs.

According to experts, among the most sought-after professions at the moment are installers, machine operators, workers in the mining and processing industry, in food production and others. "Employment for you" subsidizes the salaries of newly hired employees in the amount of the minimum insurance threshold for the position and the due insurances on this amount for a period of 6 months.

After this period, the employer is obliged to keep at least 75% of their new hires for a period of 3 months, which can be a problem if the crisis deepens. The budget under the scheme is BGN 160 million, and more than BGN 8 million have been paid by December, which is more than modest, given that the measure started in early July. However, the ministry claims that this is also a matter of verified funds. 6309 unemployed people have been hired, but obviously much more could be achieved with the budget under the scheme.

A third measure is being implemented - "Save me", which supports the retention of employees in companies that have directly ceased operations due to the imposed anti-epidemic measures. It is expected that 33,000 workers amid 356,000 affected will benefit of it by the partial lockdown. However, by great interests of the concerned sides, there were buffers and there were opportunities to increase the budget by BGN 50 million, and companies could have combined support measures. But do they want to at all?

According to the Chairman of the Association of Industrial Capital Vasil Velev, employment support is controversial and not very attractive for many of the companies. "It is not possible to say whether these measures achieve the desired effect, as, for example, the 60/40 scheme cannot exceed the 10% range. In Europe, it goes up as far as 30%, which is measured on the basis of the percentage of employees and not of the number of companies." he told “Capital Daily”.

Velev commented on another point in the scheme - much of the support goes to companies such as the state-owned "Maritsa East Mines". "This is more than BGN 50 million, given that they are working at 50% of their capacity, which is absurd," Velev was adamant and outlined two main shortcomings of the scheme.

The first of them is related to additional payments by companies from revenues that do not exist in practice. The second factor is related to the fact that many companies cannot commit that in the current unclear situation they will be able to keep their employees even after the expiration of the measure.

Maria Mincheva, the Vice-President of the Bulgarian Industrial Association, has a similar opinion, according to which many companies from different sectors can benefit from the subsidies, but the question is how many of them actually want to and would do so.

"The companies that benefit from these models are not so many because of the requirement to keep the employment within certain months after the end of this support. Many companies do not feel secure about their future and such a commitment prevents them from applying," she said in her interview with “Capital Daily”. According to her, even now there are companies that fail to part with their employees because they cannot pay the costs of letting them go.

"For some companies, mass layoffs are a big expense. People themselves have also been put at a dead end - I even know of cases where an employer can't let people go and therefore puts them on unpaid leave, because otherwise the employer has to pay their salaries and leave. At the same time, these people cannot register with the labor offices and receive benefits or even look for another job, "Maria Mincheva added.

"All measures for business had to start immediately - during the first lockdown of the economy, because there were a number of ambiguities in front of businesses and citizens. Companies that did not have working capital blocked their activities, some of them had to close down. It was also difficult for many of their companies to get a loan, because the banks were significantly measured in the beginning in terms of lending, " Tsvetan Simeonov, Chairman of the Bulgarian Chamber of Commerce and Industry (BCCI), told "Capital Daily".

According to him, the recovery will not be fast and it will be directly related to the epidemiological situation in the individual countries. "Business expectations are unfavorable if we look at the European economic survey of Europalat and BCCI. Regarding employment in Bulgaria, 20% of companies say they will reduce it compared to 8% last year. 17% expect an increase in employment in their companies, but they are falling twice compared to 38% of the previous survey, " Simeonov added.

The elderly over 65 incapable of self-care, people with disabilities, quarantined and single parents of children under 12 who cannot be left unsupervised, receive support at home through the service "Patronage Care" - also under OPHRD, under which nearly BGN 12 million have already been paid. Additional support will come under the application scheme from the municipalities "Patronage Care +" with a total budget of BGN 85 million. It will guarantee the provision of services during the next three years. Municipalities will have the opportunity to implement additional measures in social services for disinfection of buildings, testing of staff and consumers, partitioning of premises in case of need for isolation of infected users, additional remuneration for overtime work.

The labor market is a complex thing and any unusual interference in it can lead to some serious shocks and consequences. Supporting business in the form of employment subsidies now, in the midst of the crisis and in the midst of a partial lockdown, is particularly urgent, but just as it can be useful, it can also turn out to be dangerous. The deceptive feeling that unemployment is lower than it really is could be a time bomb ready to explode after the election. If the crisis continues, many of these people who are now receiving salaries for state aid, may find themselves out of work in just a few months - this time for real.