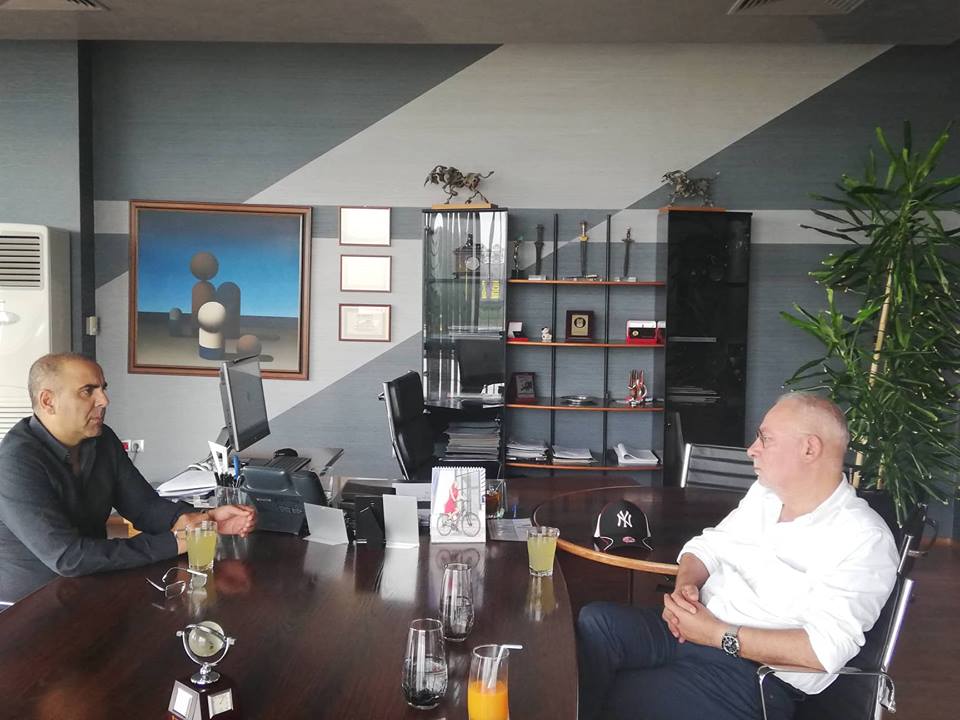 The Executive President of BIA Radosvet Radev visited Plovdiv, where consecutive meetings were held with Yordanka Klyasheva, President of the Managing Board of RIA – Plovdiv and Maksim Mitov – owner of “Maxcom” and member of the Managing Board of the Bulgarian Industrial Association. “Maxcom” is one of the world’s leading bicycle manufacturers with an annual production of over 430 000 bikes.

The topic of discussion was the business climate in Bulgaria and in the Plovdiv region in particular. Among the regional problems local business representatives pointed out the weak infrastructure and the poor transport scheme of the city, as well as the slow administrative service. “Plovdiv deserves much more and we need to work towards this”, shared Radosvet Radev after the meetings. He added, that Plovdiv Airport is a great value for Southern Bulgaria and air-cargo is the transport of the future.

The shortage of people on the labour market emerged as a major problem of the region. The lack of staff at all levels was noted – from managers to executives, but mostly of qualified manufacturing workers.

“Quality is more important than quantity for the European market hence it is of the utmost importance for us to have highly qualified specialists at all stages of production in order that we meet the high requirements and keep our market positions,” said Maksim Mitov. He informed that due to the European anti-dumping policy towards China and with the support of the powerful European organization of bicycle manufacturers, Bulgarian bicycle production has been steadily developing and has a stable export position. The EU is the world’s largest bicycle user and manufacturer. Bulgaria ranks fourth in production in Europe, but our country is at the bottom of the statistical scale of usage.

Lack of staff – key problem for business in...