Lack of staff – key problem for... 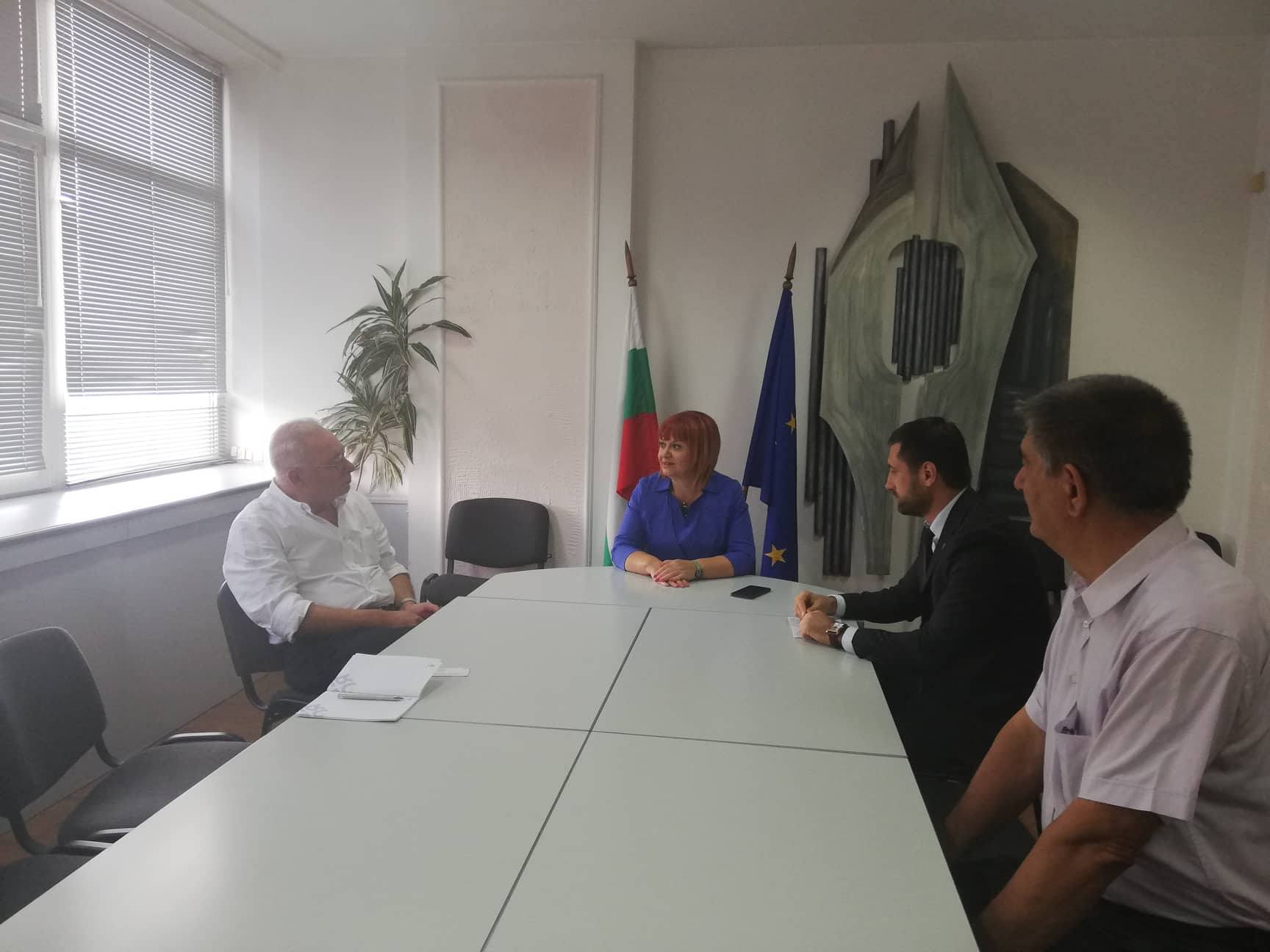 The Executive President of the Bulgarian Industrial Association (BIA) Radosvet Radev visited Stara Zagora on the 8th of August 2018, where he had consecutive meetings with the management of Regional Industrial Association – Stara Zagora, the District Governor Gergana Markova and the Secretary of the municipality Delyan Ivanov, as well as with the executive director of “KEN” Yonka Rancheva.

The Occupational Medicine Office to RIA – Stara Zagora serves over 150 companies. RIA provides legal and accounting services to companies from the region, as well as GDPR trainings, which have over 400 participants so far from Kazanlak, Razgrad, Nova Zagora, Kardzhali, Haskovo, Panagyurishte and other cities. These facts and other data on the organization’s activities were presented to Radosvet Radev by the Chairman of the Managing Board of RIA – Stara Zagora Spas Spasov and the Executive Director Ivan Lenkov. The main topic of discussion were the current key issues for business in the region. It was stressed upon the role of Stara Zagora as one of the industrial centers of the country and the lack of staff in general and shortage of qualified personnel available.

Radosvet Radev expressed the opinion that Stara Zagora looks a lot like modern Bulgaria – the way it should be like. “This is one of the best performing regions in economic terms. Here we have industry, university, young administration with new ideas and open to dialogue – all in one place. The great geographic location of the region in the center of Bulgaria is suitable for development of the economy. There is still underdeveloped potential in the field of cultural and spa tourism. The rate of unemployment is low because there are many attractive areas like Kazanlak, Radnevo and Galabovo. Based on that, it is not coincidental that Stara Zagora was named “The best city to live in” in the annual rating of Dark Radio”, said Radosvet Radev. He added that the lack of staff leads to withdrawal of investment and the business, administration and education institutions should work together to provide the necessary human resources with the knowledge, skills and competencies the employers demand.

The Executive President of BIA visited “KEN” and met with the executive director of the company Yonka Rancheva, who presented the main economic parameters of the company and shared her ideas for its development. “KEN” is one of the leading manufacturers of sausages and cold-cut meats in Bulgaria and a big part of its production is exported to Spain, Cyprus, England, Germany and others. The company is a winner of BIA’s IN-5 Award for contribution to the development of Bulgarian economy.