Lack of staff and insufficient... 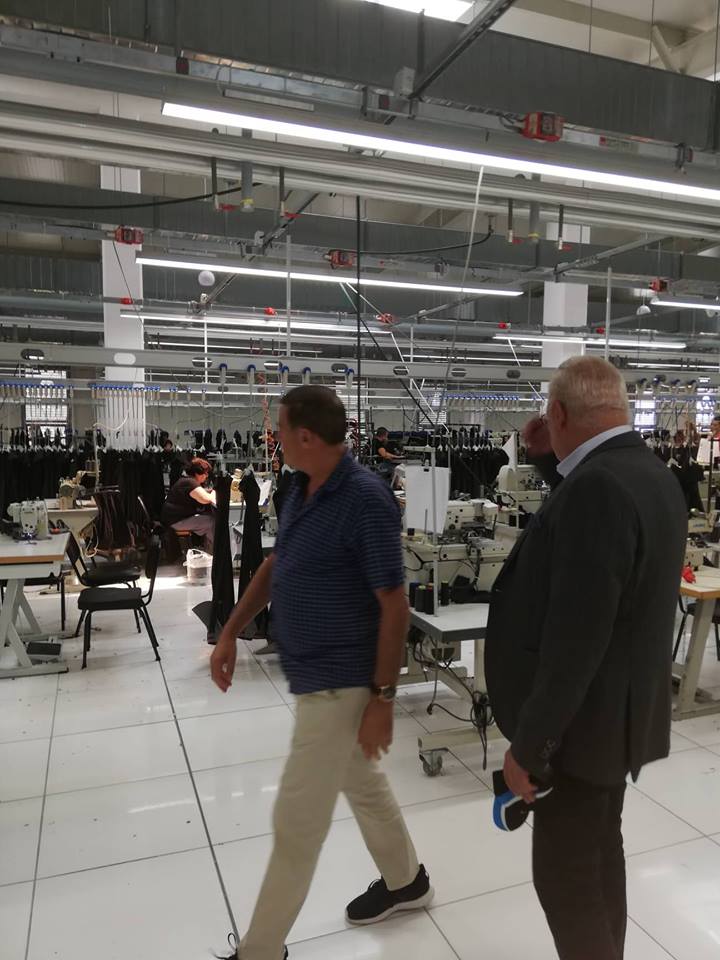 Measures for shedding light on the economy, urgently completing “Hemus” motorway and building a bridge over the Danube River in Silistra are among the key priorities for business in Shumen.

This became clear during a meeting of the Chairman of Regional Industrial Association – Shumen Nikolay Tonchev with the Executive president of the Bulgarian Industrial Association Radosvet Radev, who is visiting the city today (26 July 2018). Among the discussed topics were the current problems of the national and local economy, as well as the opportunities for deepening the partnership between BIA and RIA-Shumen.

As an Executive Director of Industrial Park Shumen AD Nikolay Tonchev stated that the industrial zone is the city’s lifebelt and attracts more and more investors, creates jobs and gives a strong impetus to the local economy. So far 17 large companies have bought terrains in the industrial zone and there is potential for new investors.

During his visit in Shumen Radosvet Radev visited one of the biggest tailoring companies in Bulgaria “Elit Collection Popov and Co”, specialized in manufacturing men’s clothing. The company’s production is mainly exported to Denmark, Germany and Switzerland. The full forms of the Swiss Army, the uniforms of the Polish Army and the Italian gendarmerie are produced by the company. There are 240 employees (60% of whom are from the Turkish ethnic group) and at least 60-70 more are sought in order to double the production.

The problem of shortage of staff was the key point of discussion between Radosvet Radev, Nikolay Tonchev and Iliya Popov – owner and manager of the tailoring company. Popov shared that “if the lack of staff problem is not solved within 2 years, the business will collapse”. The biggest shortage is experienced for machine operators but there is serious demand for other categories of staff as well.

Radosvet Radev met with the local authorities – the mayor of Shumen Lyubomir Hristov and the Regional Governor Stefan Zhelev. The problems of the region and the municipality were among the discussed topics during the meeting with an emphasis on the need to increase the financial independence of municipalities. This will allow more local revenue to be drawn and hence overcome the accumulated problems.

The Executive President of BIA said that Shumen is one of the most interesting places in Bulgaria for doing business, due mainly to the excellent partnership on the line “Business - Municipality – Education”. According to him, this model needs to be multiplied because it is obviously working. Evidence of this is the sharp investment spurt, almost zero unemployment and the increased standard of living in the region, and the Industrial Park is like an oasis against the background of the whole economic reality in our country. “On one side, we have bold entrepreneurs, on the other side – a shortage of workers, and on a third side – the state, which does not give entrepreneurs the opportunity to help themselves by overcoming the shortage of staff,” said Radosvet Radev. He expressed his expectation that the representatives of the administration will continue their active partnership with the local business, giving a good example to the other municipalities in the country.