The Bulgarian export for 2016 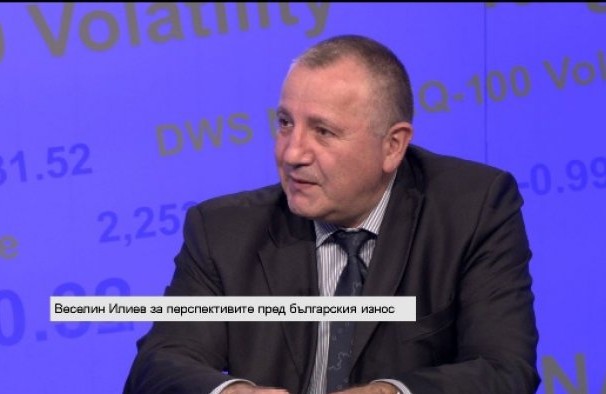 The Bulgarian export for 2016, measured in euro, scores an absolute record of 23.6 milliard dollars. Compared to 2001 year, the income has risen up to 4 times. Bulgaria rises among the exporters taking 62 place. The following group of goods are the ones with the highest export - electrical engineering and electronics, fuels and electric power, machines and appliances.

For the period 2012 – 2016 year, the Bulgarian export, measured in US dollars, decreases with 2%, while the world import decreases with 4%. These tendencies exhibit to different groups of goods.

In these two important groups of goods and partly in the grain crops, the Bulgarian exporters gain a market share and shift their competitors from the global markets. We lose market share in fuels and copper, meanwhile the prices there are rising.

Sixth and seventh place in our export list are taken by the store clothes and the pharmacy, where we lose market positions. They are followed by equipment and knots for vehicles and plastic products. Both are groups with which we win market positions. According to experts, eighth place is taken by the export of special production (about 808 million dollars), which is a height of about 57% compared to 2015 year. The recent wining oil-bearing seeds are losing.

Т The stock with the biggest volume value in our export list is the cathodic copper, despite the decreasing export and the lost of market positions. Next in the list are light fuels, medium hard fuels, wheat and medicines. These five goods form 15.1% of our export.

With more than 1% of the export are electric power, anode copper, oil-bearing sunflower, cable set for automobiles, parts for electric panels, ores, and concentrates from precious metals and biodiesel.

Among the leading goods, a great increase in the market share (positive difference between out export and import of our partners) have parts for electric panels – 36% and biodiesel – 205% (height of biodiesel 2016/2015 year – 495%).

Fast rising are petroleum oil, electronic elements, electronic games, seats for automobiles, sets for machines. They all outdistance the world imports with more than 20%.

Losing, except for copper and fuels, among the more significant goods are: oil-bearing sunflower, copper ores, cigarettes.

The potential in increasing, according to ITC, is highest in pharmacy, cathodic copper, sunflower seeds, wheat, anode copper, corn, rape seed and other products with low added value (with the exception of pharmacy).

After a deeper research, for instance about the wheat potential, you can see, that Bulgaria has medium big perspectives in comparison with other leading exports:

What are we most successful with?

Our goods, according to the place they take in the world’s exports, show certain steadiness. There is a new leader: we take first place in exporting clothes and shoes with asbestos fibres. The only buyer is Poland according to the Bulgarian statistic, but Poland doesn’t give an account of import from Bulgaria for this stock. The export of straightened rubbed pipelines and duck’s meat is at high speed. The coriander, in whose export we were on first or second place in the world, marks a certain decrease, mainly in favor of the increased Russia export.

The diversification is one the problems facing our export. According to Herfindahl – Hirschman Index (HHI), there is a moderate concentration in values of the index 0.10 until 0.18, and above 0.18 is considered that there is an excessive concentration. Among the leading by value goods, there is an excessive concentration in cathodic copper, medium hard fuels, anode copper, cable sets for automobiles, copper ores, electronic components (HHI 0,64!), cigarettes (0.51!), cycles, rape seed, electronic games, lead, iron rods, hydraulic motors, zinc, rubber pipes, tractors (0.95!), electronic contactor, seats for automobiles and many other. According to experts, about 50 % of our export is classified as excessive concentrated and without enough of diversificated marks. Tractors, for instance, are being exported almost entirely for Romania, but Romania accounts a double less import tractors from Bulgaria.

A group of stocks in our export list with relatively high added value are:

Main markets with a higher added value are Germany, Italy, France, but our products are being added there and after that are being realized in the whole world.

Bulgaria can increase its export for the developed countries by becoming a subagent of their companies and take part in the global multiple delivery. Regardless of the advantages from foreign investments, many raw stuff and materials don’t work out extensive enough and the kilogram prices of the Bulgarian export are comparatively low. An exception are the cases of introduces Bulgarian development, despite of the origin of the investments.