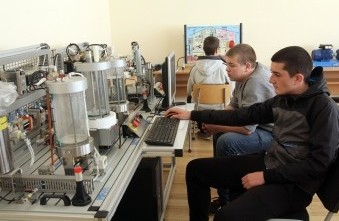 15.07.2014
Average 120-150 thousand new jobs for young people will be provided with the introduction of the. dual system of vocational education. It said the chairman of the Association of Industrial Capital in Bulgaria Vasil Velev and deputy chairman of the Bulgarian Industrial Association Brankov. They attended a meeting of the National Council for Tripartite Cooperation, which was discussed total bill to amend the Law on Vocational Education and Training, passed Monday.
According to employers, 30-40 thousand enterprises have the capacity to take on the duality training. Employers want to make changes to the Labour Code, which legislation can be synchronized with ratified conventions by which and 15-year-olds can both learn and work.
By BICA opposed the bill in its current form. They do not approve of the requirement for the introduction of its own facilities of vocational training centers. In the words of Theodore Detchev the association has too many professional high schools.
Employers and against compulsory license renewal centers every five years. According Detchev currently Continuously updating the work of the centers is inadequate and every five years to collect fees.
Employers believe is unjustified closure of centers for training of instructors and creating centers of new knowledge. According to them, the education ministry and the municipalities may not conduct quality training, this should be done by the employer.
Vice President of the Confederation Nikolai Nenkov also supported the proposed changes. He added that the only thing that the Confederation does not support the implementation of a dual system through employment. Syndicate believe should not touch the structure of the so-called. apprenticeship contract.
According to changes in the law will now have a list of protected state jobs. Enter the so-called. dual training - learning by doing.