4 Key priorities were set by... 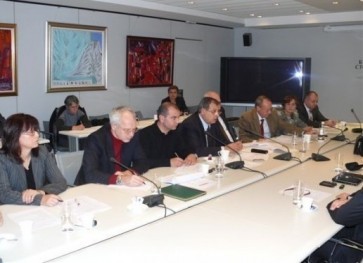 Participants in the meeting approved the report of the organization in 2011 under the chairmanship of the BIA, and adopted guidelines for work in 2012

During the past 2011, ongoing work on the coordination of common positions on issues of socio-economic development, an important part of what was AOBE and implementation of two projects funded by the International Labor Organization. The projects were carried out two analytical developments - "Pensions in Bulgaria - Problems and necessary change 'and' recovery, economic growth, employment and accelerated development of Bulgaria." Analysis and research were presented at a series of discussion forums in the period from February to December 2011 with the participation of social partners and others. Stakeholders.