"We are in the midst of an unprecedented pandemic-led crisis and we don't need a directive on minimum wage which risks undermining collective bargaining and adding up complexities to the recovery and reconstruction of our economy," said Employers' Group President, Stefano Mallia.

"We want more convergence on wages, including minimum wages, which would help improve social and economic cohesion, eliminate the gender pay gap and improve living and working conditions, while ensuring a level playing field in the Single Market," Mallia said. "But it is up to each Member State to decide, under national conditions, in accordance with their respective industrial relations system."

The Employers' Group stresses in its counter opinion the concern that European statutory minimum wage policy could potentially have negative effects on employment, especially in the case of young people and low-skilled workers, and could aggravate non-compliance, which could also push a number of low-wage workers towards informality. Undeclared work leads to unfair competition and deteriorates the social and tax systems and disrespects workers' rights – including the rights to decent working conditions and a minimum wage, reads the counter opinion.

Employers also question the legal basis of the Commission's proposal. There are divergent views within the EESC on whether any EU legal initiative under Article 153, especially a directive, would be legitimate. Among the key concerns is the one that the EU has no competence to act on "pay", including pay levels, and that such action could interfere with the social partners' autonomy.

"We believe we can help the Commission and other institutions to possibly reconsider and take a more balanced and cautious approach, seeking a genuine EU convergence through a non-binding instrument, in full respect of social partners' autonomy and the different industrial relations models," said Milena Angelova, co-rapporteur of the EESC opinion.

Nine member states have sent a letter to the German and Portuguese Presidency of the Council of the European Union about the need for legal analysis and referred to a Council Recommendation as a better legal instrument.

"We fear that the directive could be interpreted as to giving rights to all workers to be covered by minimum wage protection. This would interfere with the autonomy of the social partners and fall outside the competence of the EU. Under all circumstances this part of the proposal creates a huge legal uncertainty and risks pushing these countries in the direction of universal coverage, thus changing the well-functioning labour market models," said Christian Ardhe, EESC member from Sweden.

The EESC Employers' Group counter-opinion, which has obtained 106 votes in favour, 147 against with 17 abstentions, will be attached to the EESC opinion. 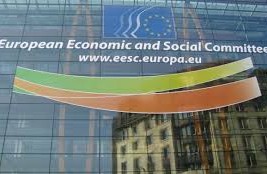