The draft laws on the state budget...

Subject: The draft laws on the state budget of the Republic of Bulgaria, the budgets of the Social Security and the National Health Insurance Fund for 2021

I hereby present the opinion of BIA on the draft laws on the state budget of the Republic of Bulgaria, the budgets of the Social Security and the National Health Insurance Fund for 2021, as follows:

In this regard, a realistic forecast for the ceilings of price growth and long-term interest rates, compared to the forecast target values ​​under the relevant Maastricht criteria for the period 2021-2023, should be presented in the reasons for the draft SBL for 2011. with these criteria and timely accession to the euro area is directly linked primarily to the pursuit of prudent fiscal, income and pricing policies, the availability of adequate fiscal buffers and effective counteraction to possible external and internal shocks.

7. We note the numerous external and internal political and economic risks with a potential negative effect on economic growth, employment, consumption and investment, including:

We note again that the postponement and incomplete application of the new principles for setting the municipal waste tax also does not facilitate the achievement of a reasonable level of financial decentralization in the foreseeable future.

8. Additional changes and measures proposed in previous years by BIA, incl. reformatting the regime for waste management and the so-called product fees, payment of wages to the accounts of employees, acquisition of the right to a pension and benefits from the Social Security against paid insurance contributions, limitation of insurance fraud with the so-called expertise of work capacity through the introduction of the WHO International Classification of Functionality, Human Health and Disabilities (ICF), integration of employment contract registers, insured persons, issued TEMC decisions and the so-called electronic personal health record, which should be introduced in 2021 improving the control over undeclared work, adopting a package of measures to increase working life and a number of other solutions.

9.In full compliance with the requirements of Art. 3 of the Labor Code, BIA again proposes to be consulted in the NCTS at a sufficiently early stage in 2021 medium-term budget forecast. The repeated deviation of these proposals does not provide the necessary transparency of the budget process, the methodology used, macroeconomic bases and forecasts, incl. for growth of labor productivity, compensation of one employee, amount of minimum wage, etc.

10. Expectations of significant growth in final consumption, supported by an overall increase in public administration wages, pensions and social benefits, will limit the size of net exports of goods and services and the current account balance, with a likely additional effect on core inflation. In the conditions of a currency board, following this approach in the period before and after 2023 may generate additional risk for the rapid accession to the euro area, in accordance with the stated official intentions of the BNB.

11. The projected increase in 2021 of salaries in the budget sphere by 10 and 30% for those working on the so-called first line, of the minimum wage by 6.6%, the compensation of one employee by 5.9%, of the average insurance income with 8.9% is defined once again without the necessary link with the decline in labor productivity above 3% and GDP in 2020, which leads to a decrease in competitiveness, expressed by increasing nominal labor costs per unit of output - Unit labor cost .

12. The expenditures under measure 60/40 in the amount of BGN 300 million for 2021 will finance procedures completed by December 2020 under the amendments to CMD 151/2020. Thus, against the background of the radical increase in social expenditures of several billion BGN, the real support for business in 2021 (page 36 of the Reasons for the draft of the State Budget Act 2021) is limited to the reduced rate of 9% VAT (234.4 million BGN), support for artists and creators BGN 2.5 million) and tour operators (BGN 40 million).

13. The projected reduction in gross fixed capital formation in the macroeconomic forecast for the period 2020-2021, -10.5% and -5.4%, respectively, seems realistic as a direct consequence of the current global crisis. At the same time, we do not accept more than the modest growth of capital expenditures under the CFP, which in the period 2021 - 2023 decreased compared to the report for 2019 by 18%, 18.9% and 3.5%, respectively. The planned drastic reduction, compared to the huge growth of social expenditures and taking into account the practice of not budgeting capital expenditures systematically in order to form surpluses for discretionary distribution outside the control of the National Assembly, creates the impression of deliberate refusal to pursue an active policy. announced national targets and priorities.

14. The envisaged total increase in staff costs in the budget sphere, excluding the part for education, should be directed primarily in support of regional and municipal health care, to state bodies with chronic underfunding, performing critically important public functions and public services in order to limit the outflow of qualified staff. In this regard, parallel changes should be made in order to reduce duplicate administrative structures and staff, and low overall performance.

In conclusion, we note again that the State Budget and the Updated Budget forecast should be used as the most powerful tools to put pressure on top spending managers to undertake reforms, achieve the expected program goals and results, accelerate preparations and join the euro area in 2023.

The draft of the Health Insurance Act for 2021 envisages significant increases in pensions, benefits and related expenses, including:

Thus, the total growth of the costs of the project of the Health Insurance Act for 2021 increases to BGN 14.8 billion with an expected implementation for 2020 of BGN 13.4 billion or by 10.6%. The planned expenditures for pensions for 2021 are BGN 12,346.7 million, by BGN 1.77 billion or 16.7% more than in the 2020 Health Insurance Act. This significant growth seems justified, taking into account the lag in recent years compared to the growth of the average salary in the country. At the same time, the unclear prospects for economic recovery in 2021 jeopardize the country's long-term fiscal sustainability and could lead to an unreasonably long stay in the ERM II exchange rate mechanism.

A significant part of the so-called one-off costs for 2021, incl. monthly supplements of BGN 50 to pensions, monthly benefits for children, etc., risk becoming permanent in the coming years and threatening long-term fiscal sustainability.

BIA again objects to the refusal and delay of the necessary reforms in the pension insurance system, including:

persons and the amount of the received and newly granted minimum pensions. In this way, the attractiveness of the insurance system decreases and the incentives for undeclared work increase.

In accordance with the stated support in the National Assembly of the National Health Insurance Fund, BIA supports the draft Law on Budget of the National Health Insurance Fund for 2021. We emphasize that in the course of its preparation a number of proposals of employers' organizations and BIA were supported. the long-standing problems with the financing of the so-called over-limit activity of the hospital establishments, etc. At the same time, we call for the preparation of a generally acceptable framework for health care reforms in accordance with the Proposals of the Board of BIA and the Board of the Association of Municipal Hospitals in Bulgaria, dated September 18, 2019 [2], for changes in organization, management and funding. of healthcare and health insurance. 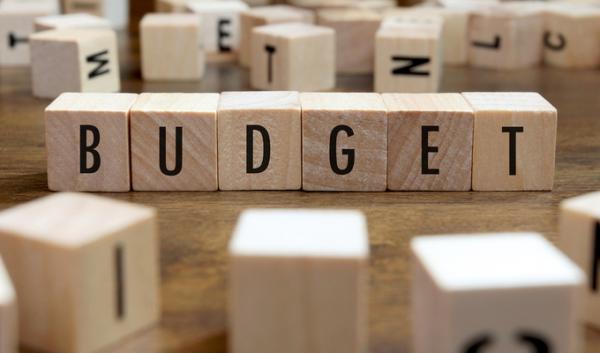