BIA is against the Introduction of a...

SUBJECT: Draft of the Law ofor Obligations and Contracts for introduction of an absolute limitation period, signature 054-01-56 /25.06.2020

BIA completely objects to the introduction under the new Article 112a of the draft Law for supplementing the Law on Obligations and Contracts of the ten-year absolute statute of limitations for receivables against individuals. It is proposed that upon the expiration of this term all receivables against individuals be repaid, regardless of the interruption of the limitation period, except in the cases when the obligation is deferred or rescheduled. An exception is allowed for sole traders and for obligations arising from tort and unjust enrichment.

The text is in gross contradiction with the constitutional principle of inviolability of private property and the guaranteed right to property. With this bill, the state intervenes in the private law relations between equal subjects, for which the concluded contracts have the force of law, according to art. 20a of the CPA. The rights and interests of one group of subjects are privatized at the expense of others, in violation of the principle of equality before the law and non-admission of restrictions of rights and privileges on the basis of property status.

If the legislator considers that the natural persons-debtors are a more vulnerable group, participating in the civil turnover, which needs special protection, compared to the creditors - natural and legal persons, it should be noted that this view is very disputable in the period of the COVID-19 pandemic. Currently, Bulgarians and Bulgarian companies are in an economic shock caused by the corona crisis. A significant part of the enterprises have ceased their activity, others work in conditions of reduced consumption of goods and services, delayed and canceled deliveries, outflow of customers, reduction of staff, deferred payments and increase of mutual indebtedness. The inability to collect part of the debt at the moment will be an additional factor to the increasing economic and legal uncertainty, and deteriorating business environment.

The argument that ten years is a sufficient timeline for the creditor to undertake all possible actions to collect the receivable and the absolute statute of limitations is untenable, and a norm should be introduced by analogy with the TSSPC. In fact, the term under the TSSPC is twelve years and applies to both individuals and legal entities. Public receivables shall be repaid upon the expiration of a 10-year limitation period, as of January 1 of the year following the year in which the public debt was to be paid (Article 171, paragraph 2 of the TPSC). The state has much more opportunities to collect its receivables from private entities, while civil property claims must be established and proven on the basis and amount in court.

The bill does not take into account the duration of court proceedings and their duration in each court instance. The speed of the injunction proceedings is not decisive, as the possibility of filing an objection, which presupposes a lawsuit, must be taken into account. The lawsuits are slow and cumbersome, with cases known in all instances lasting ten years or more. The possibility for the claim to be filed in court within the ordinary limitation period of 3 and 5 years has not been taken into account.

The proposed change will force creditors, instead of waiting for voluntary enforcement, to take action to obtain an executive title immediately after maturity, which will put a strain on the judiciary. On the other hand, unscrupulous debtors will be encouraged to delay litigation and enforcement proceedings until the statute of limitations expires. Exemption from property liability of defaulting debtors, without any negative consequences for them, can stimulate them to an unlimited number of cases of reproduction of such bad faith behavior.

The ten-year absolute statute of limitations will limit and increase the cost of access to credit for individuals by imposing additional collateral on receivables. This will have a negative effect on the consumption, hamper economic turnover and have a negative impact on the business climate.

The argument that there are enforcement cases that last more than 10-15 years is also unfounded. 433 para 1 item 8 of the Civil Procedure Code contains a mechanism for termination of enforcement cases, if the creditor has not requested enforcement actions for two years, with the exception of maintenance cases.

The new §2, supported at second reading by the Committee on Legal Affairs, according to which for the existing cases the statute of limitations under Art. 112 shall begin to run from the day on which the claim has become due, and in case of pending enforcement proceedings the limitation period shall begin to run from the day of the formation, and when such is not formed - from the day of entry into force of the act by which the claim is recognized, is an explicit provision which gives retroactive force to the normative act. The text contradicts the principles of the LNA, which allows retroactive action only in exceptional cases and only when the new provision is more favorable than the existing one.

BIA would support the need for a legislative solution to end the figure of the "eternal debtor" if it is carefully discussed and consulted with all stakeholders. However, there was no debate in the society whether this should be done by regulating the bankruptcy of individuals, or through the institute of the absolute statute of limitations. The pros and cons of the two legal instruments were not compared and the European experience was not taken into account. The advantages of the absolute limitation period as an indisputable, easily applicable and economical procedure were not taken into account, if its expiration is bound by a period of not less than 15 years, in order to ensure the possibility for the creditor to exercise all procedural rights. The discussion and adoption of the law is carried out in complete opacity and neglect of the negative opinions of the Ministry of Finance, the Ministry of Justice, the Employers' Organizations and financial institutions, which marks with a negative sign the dialogue between the legislature and the executive and civil society.

CHAIRMAN OF THE BOARD OF BIA 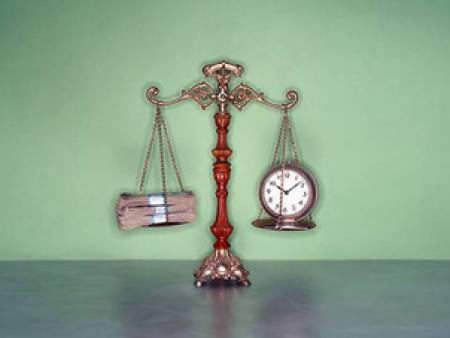