Is there a political will and... 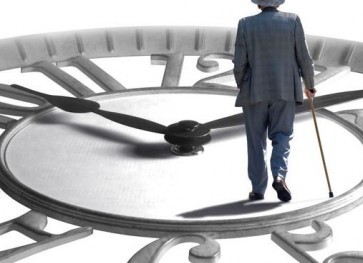 In the air of tv.7 today (02.12.2011g.) Prime Minister Boyko Borisov told the viewers about the government's intentions regarding the reform in the pension system. Mr. Borisov was focused on four main points of the reforms, like:

1. Reduction of subsidies from the state budget NII, respectively - the taxes of the population;

2. Increase the retirement age of 4 months a year, starting from 2012;

3. Reduction of benefits upon retirement of employees in the system of defense and security;

4. Introduction of personal contributions for employees in administration and in the "Security".

These four measures are repeatedly offered by the BIA in recent years, saying their responsible representative of management leads us to be optimistic that the reform will still be there. In this context, we welcome the intentions of government and ensure our consistent support for the implementation of these measures.

We hope, however, that the pension reform will be limited to, increasing the retirement age and that the short format TV is the reason the Prime Minister did not have the time to disclose other anticipated changes.

We reaffirm our belief that the stabilization of the pension system needs to be given a package of measures including:

2. Clear system of extrinsic benefits, for which a corresponding pension contribution;

3. Introduction of the actual amount of contributions that the state pays for workers in the "Security" (chl.69/KSO);

4. The state as the employer liable to be payer - otherwise, bear the same penalties as are provided for other employers;

5. Formation of two separate funds to the budget of Social Security - Pensions Officers Art. 69/KSO and workers in the first category of work;

6. Smooth and parallel increase in the required retirement age and experience;

7. Measures to improve collection of contributions and reducing the informal economy, incl.: A coherent policy for simultaneous update of all pensions on a long term mechanism; Remove the ceiling on pensions, incentives for people who reached retirement age but continue to work, incentives for working pensioners to pay social security on income from employment and others.


Only after taking into account the impacts presented above changes can proceed smoothly and simultaneously to increase the required retirement age and seniority.

Express its firm conviction that we need urgent and coherent reform of the pension systemmust be supported by society. This reform must become a national priority, around whichour society must unite.