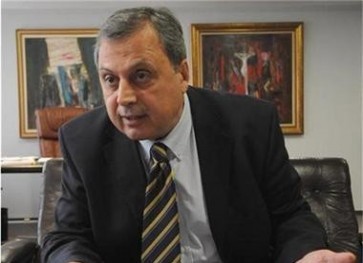 Problems with lack of funds in the NOI, as well as insurance and pension systems are structural and multifaceted, and are accumulated in the last 30-40 years. All reformswere made in these years are palliative and do not solve the basic problems of the pension system. And this is due to lack of political courage, bowed electoral and trade union pressure. Without them sorted by degree of importance to state the main reasons for the growing deficit in the budget of the National Insurance Institute, which,in the words of Prime Minister is technically bankrupt.

One of the reasons is the amount of transfer from the early retirement of employees of the power ministries in which the means of security are not planned as a cost to the departments. This should be given one more detail - this transfer is insufficient, because early retirements retire with 25 years of service and receive pensions for a long time. To compensate for these factors actuarial estimates indicate that toincrease the size of their payroll with no less than 10 percent.

Another aspect is related to the drastic increase in people receiving disabilitypension. The disabling reached 400,000 and the cost of their pensions exceed 1billion Those who receive a disability pension, "pollute" the labor market because it is difficult to be released.

To these causes we may add the deteriorating demographic situation in the country,immigration, the increasing gray sector and the reduction of jobs. For the past two years employment fell by 320,000, which means that 320,000 Bulgarians do not paysocial security contributions. If a rough account will be seen that the number ofpensioners exceeds the number of actual workers in the economy (this number does not include those whose social security contributions are paid based on the redistribution of taxes). In the real economy, which creates added value, employeesare about 2 million people and the country has 2.4 million pensioners.

Here are some suggestions for solutions to the problem with the deficit in NOI.

First, to review the entire pension system and to exclude it from all parts of it not being secure and non-insurance contributions of individuals.

Secondly, should be included in the budgets of all ministries insurance payments. To end the practice of transferring funds from the consolidated budget to NOI for thesecurity of civil servants. It is high time each department to pay insurance for employees of its budget, as do employers.

Thirdly should terminate all privileges of employees of the power ministries that do not work in the field and there is no real risk to their lives. It is important to invest in the increase of pensions for early retirement benefits expense (20 salaries) paid to them when they leave or retire. If these benefits remain in employment or retirement, then to introduce the principle of suspension in savings in the budgets of relevant ministries.

Fourth, the state must show political will and make a careful audit of all who have received disability pension.

Fifth, start gradually increasing the retirement age and years of service required for entitlement to a pension, after an analysis of the entire security system.

Sixth, should be increased and the retirement age of employees who enjoy the right to early retirement. They should, solidarity with other citizens to take part of the burden of reform.

Seventh, the budget of NOI to be established two funds - early retirees, and those who exercised first and second category of work. Thus many will clearly see how tosubmit and how to "export" from the system will achieve transparency of revenues and expenses.

Eighth, to eliminate the the ceiling on pensions.

Ninth, the country need to improve the collection of contributions.

Unfortunately, most people who have contributed to the social security system aredisadvantaged compared to those who directly or indirectly discriminatory. The intention of the government to increase minimum pensions only push the economyinto the informal sector because they are losing the economic relationship between the contributions that employees make and the pension they will receive.