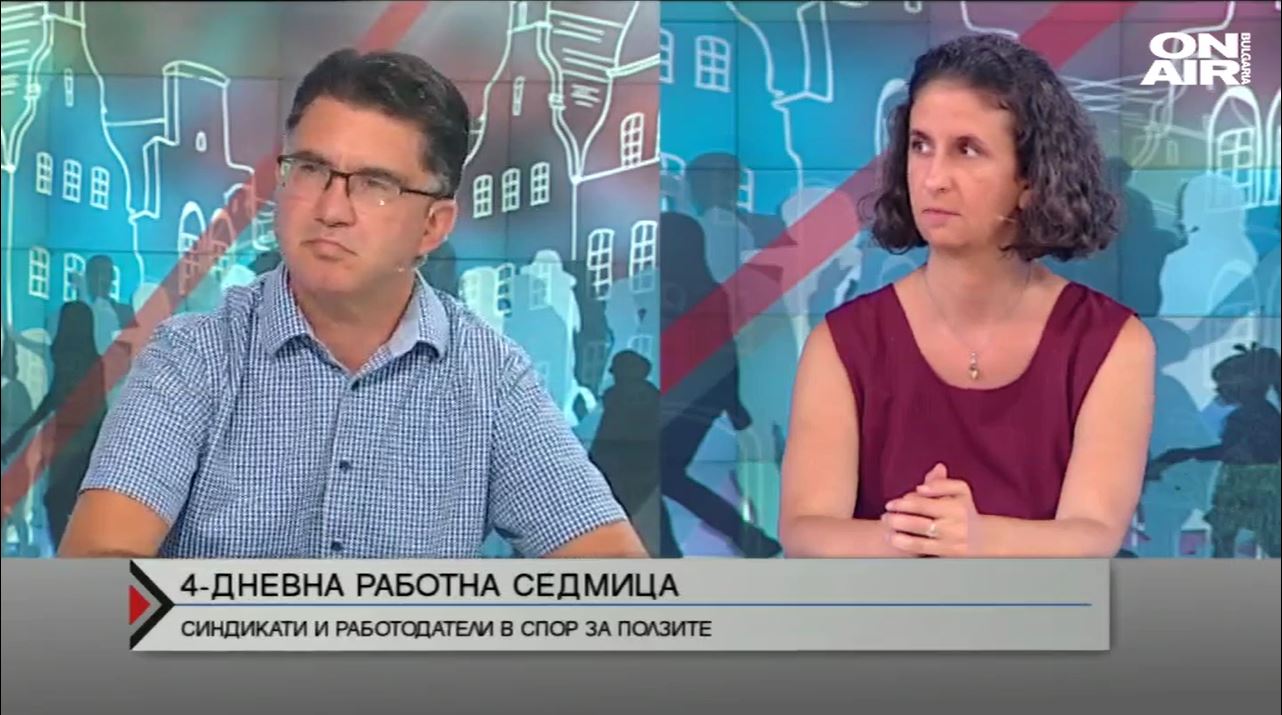 The introduction of a four-day working week is not a new idea for Europe but is rather avant-garde for Bulgaria. So far, only two companies are known to implement this process. In the first case, the result was excellent, human resources specialist Georgi Parvanov states and adds that the company's employees in question feel much more motivated to work. In addition, not only did they not reduce their salaries, their bosses gave them additional bonuses. Parvanov pointed out that Iceland is a successful example of this model.

According to Jasmina Saraivanova from BIA, clear changes in the Labor Code must be made to introduce such a model. Currently, it does not prohibit a four-day workweek, but it does not describe such a work model. In addition, one must think about the economic dimensions of such a change, Saraivanova said on "Direct".

Is a four-day week imaginable in Bulgaria?