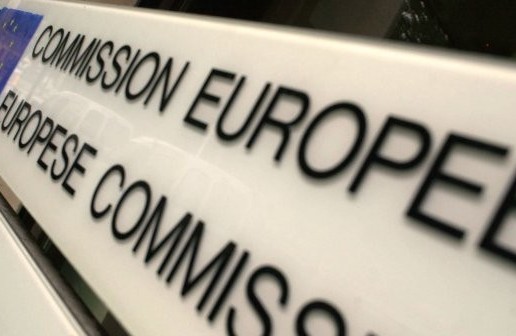 In its regular package of infringement decisions, the European Commission pursues legal action against Member States for failing to comply with their obligations under EU law.

The Commission is calling on Belgium, Bulgaria, Czechia, Germany, Ireland, Greece, Spain, France, Croatia, Italy, Cyprus, Latvia, Lithuania, Poland, Portugal, Romania, Slovenia, and Slovakia to implement various provisions of Regulation 1143/2014 on the prevention and management of the introduction and spread of invasive alien species. The European Green Deal and the European Biodiversity Strategy for 2030 stress the EU's importance to halt its biodiversity loss by preserving our natural sites and restoring damaged ecosystems to good ecological status. Invasive alien species are plants and animals that as a result of human intervention become established in areas outside their natural range, spreading rapidly and out-competing native species, with severe environmental and economic consequences. All 18 Member States have failed to establish, implement and communicate to the Commission an action plan (or a set of action plans) to address the most important pathways of unintentional introduction and spread of invasive alien species of concern for the EU. Additionally, Bulgaria, Greece, and Romania have failed to establish a surveillance system of invasive alien species of concern for the EU, or include it in their existing system. Greece and Romania have failed to fully function structures to carry out the official controls necessary to prevent the intentional introduction of species of concern into the EU. Portugal failed to transmit an implementation report. The Commission has, therefore, decided to send each Member State a letter of formal notice giving them two months to respond to the letter and take the necessary measures. In the absence of a satisfactory response, the Commission may decide to issue a reasoned opinion.

The Commission decided today to open infringement procedures by sending letters of formal notice to Bulgaria, Germany, Poland, and Portugal for failing to correctly transpose certain elements of the EU rules on combating terrorism (Directive (EU) 2017/541), namely on the definition of terrorist offenses and the rights of victims of terrorism. The Directive on combating terrorism is a key element of the EU's Counter-Terrorism Agenda and includes provisions that criminalize and sanction terrorism-related offenses, such as traveling abroad to commit a terrorist offense, returning to or traveling within the EU for such activities, training for terrorist purposes and financing terrorism. In addition, EU rules set out special provisions for victims of terrorism to ensure they have access to reliable information as well as professional and specialist support services, in the immediate aftermath of an attack and for as long as necessary. Member States had to transpose the Directive into national law by 8 September 2018. Bulgaria, Germany, Poland, and Portugal now have two months to respond to the arguments put forward by the Commission. Otherwise, the Commission may decide to send a reasoned opinion.

The Commission has today decided to send a letter of formal notice to Bulgaria drawing its attention to the tax treatment of undertaxed subsidiaries. The taxation of such companies is required under Council Directive (EU) 2016/1164. The anti-avoidance rules allow the Member State where a parent company is based to tax not only the profits of that parent company but also the profits of its subsidiaries that do not pay sufficient corporate tax (or no tax) in their jurisdiction of residence. The current legislation transposing this Directive in Bulgaria includes an undue exemption for subsidiaries (also known as controlled foreign companies), which are subject to “alternative forms of taxation”. Such an exemption is not allowed by the Directive. The Commission, therefore, considers that the undue exemption of subsidiaries that are subject to “alternative forms of taxation” constitutes an infringement to the Anti-Tax Avoidance Directive. Bulgaria has two months to address the shortcomings identified by the Commission after which the Commission may decide to send a reasoned opinion.