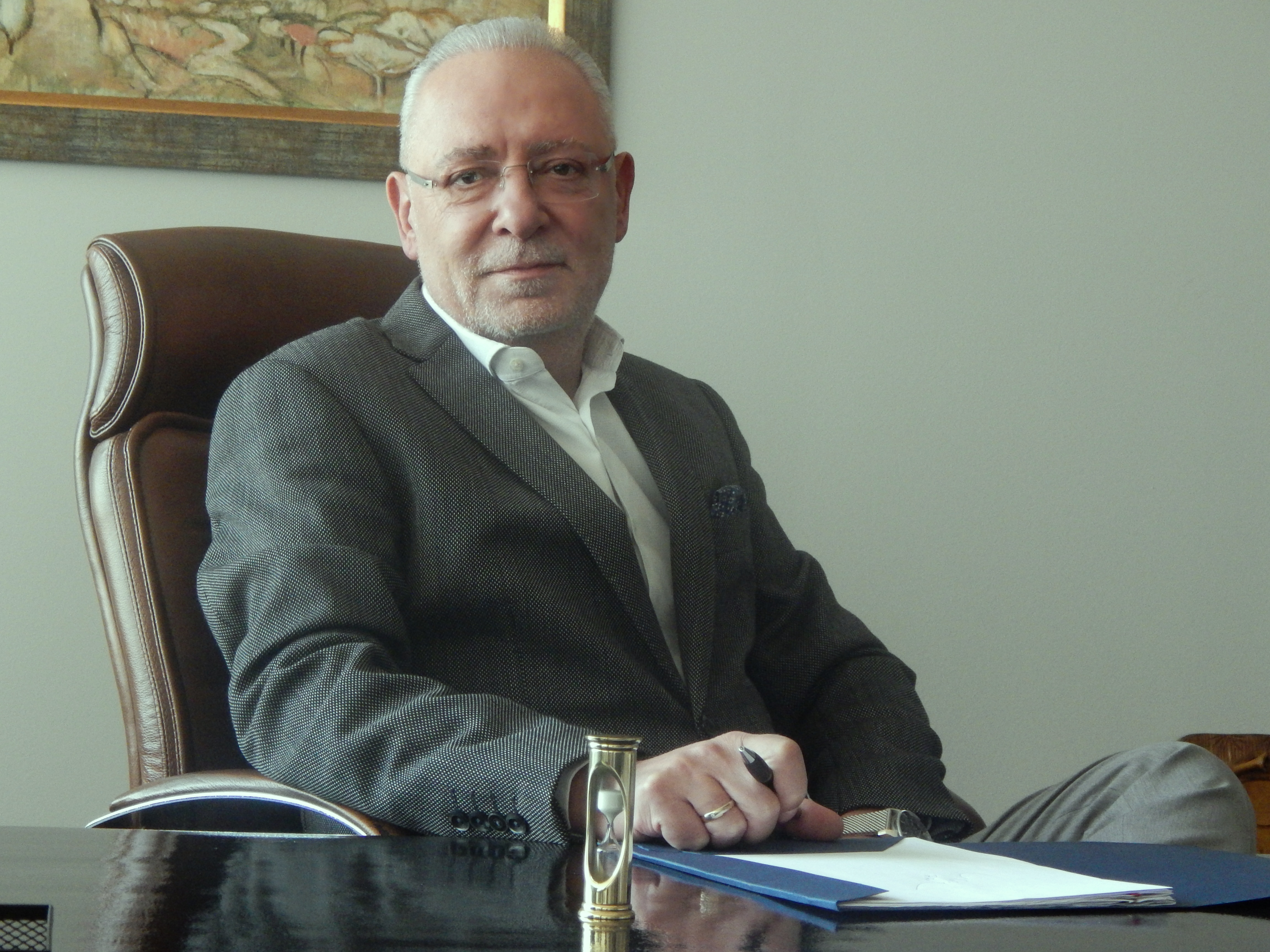 The Chairman of BIA for "Standart Daily"

- Did the business survive the corona crisis, Mr. Radev, and if so - with the help of the state or despite it?

- The business survived. That's the right word. In several sectors and sub-sectors, there is an acceleration of economic activity - revenue growth, export growth. If we consider that Bulgaria is among the countries that hold the last places in Europe for adequate state aid, in practice the answer to your question is that we survived despite the state.

- How is the state aid in our country compared to the one in Europe?

- All aid in all its manifestations and forms, such as measures to promote employment, liquidity support, etc., does not exceed the marginal 2.5% of GDP. While the percentage is 6 in Europe, and some places 9%. The business survived on its own. Because of the immune system that it developed - surviving regardless of the idiocies that happen in its environment.

- Undoubtedly, the word of 2021 is recovery. Where does it begin?

- Some sectors are already recovering. There is no vacuum in a market economy. That is why it is marketable because it is free and made by freelance entrepreneurs. Of course, it is best to rebuild industries that have very strong and active support from smaller companies working for the big locomotive pulling a particular sector. But in Bulgaria, we do not have an industry that produces the final product - car or hardware, for example. We don't have industries that are locomotives of economic recovery. Semi-finished products continue coming out of Bulgaria. Something that started here and ended with very little added value goes to our partners who assemble semi-finished products from Bulgaria, Romania, Greece, Portugal and the highest added value remains where the product is finished.

- Which sectors are already recovering?

- Mechanical engineering. The mining industry hasn't stopped at all. This is also related to the growth of stock prices of metals.

-Last week you had a meeting with Deputy Prime Minister Galab Donev. Which of the business support measures should continue and in what form?

- On the last day of May, all measures expired as defined by the regular government. Probably the premise was that Bulgaria would have recovered by now and on June 1 we would take off economically.

One of the most important recommendations of the European Commission is not to abruptly withdraw the measures. This should be done smoothly. Second - to act at least until the end of the calendar year.

The support measures in Bulgaria were small in size, but they were slow, cumbersome, and delayed. At the moment, the task of the caretaker government is to play the role of the magician and take a bunny out of an empty cylinder.

Right now, the situation is as follows: suspended measures, limited legal competence to create new measures due to the non-functioning parliament, an outdated budget and, at the same time, businesses that continue to suffer the severe blows of the crisis. Currently, the situation with the Bulgarian entrepreneur is the most colorful I've ever seen.

- When there was a crisis before - everyone was in crisis. When there was a rise, everyone was on the rise. Now some companies are growing, others that are at the same level, and others that are still at the bottom. This was also confirmed by BIA's survey from April and May. And this is a pattern. Therefore, in my opinion, the right approach, which, by the way, was stated at this meeting, is to identify precisely those industries, precisely those enterprises, which continue to experience difficulties because of the crisis, with the clear idea that resources are limited. From this point of view, what can happen to some extent cannot be allowed - 60/40 to be equally unfair for everyone. With this limited resource, the great skill is to direct the resource exactly where it needs help, not to make those who work anyway undeservedly wealthy.

- Is this meant by "spot irrigation", as the four employers' organizations requested - aid 75/0 or 70/0, but only for companies that have stopped or have more than 20 percent drop in production?

- Yes, this is the position of the ABEO. This is a sensible approach. Another question is whether this government can make this extremely complex identification of who and what needs support within these terms, especially with the middle management of the ministries.

- The moratorium on bank loans has expired. Is the business able to pay its debts or can we expect mass bankruptcies?

- I will again refer to the BIA study because that was one of the questions. The nine-month moratorium was used by 14,000 companies. The exposure of banks to exactly these 14,000 companies was about BGN 9 billion. Half of the companies say they no longer need the moratorium, and for them it was useful. I have always said that this is perhaps one of the most pragmatic and useful measures. The bad thing is that the other half of the companies are not prepared for it. 1/3 of them say that they will declare bankruptcy, others will look for some solutions, although they can only rely on the bank managers and the respective managers of the companies. That is, they can always negotiate, defend individually some lighter form of payment of the principal, etc. I know that the Association of Commercial Banks is currently working on that. It's sound and logical to assume the request of new measures that increase the liquidity of companies. Something that the caretaker government's economic bloc is currently working on.

- Is there money in the country for this?

- The Minister of Finance said that there are a little over 2 billion in the treasury, but they are distributed by items that were valuable from the point of view of management in 2020 when the budget was adopted. My worst prediction came true. Last year, I said that we were having three parallel crises - the political crisis, the health protests, which everyone experienced, and the economic crisis, about which they said: "They're going to be fine." The political crisis is not resolved but is about to be managed, the health crisis is almost resolved and falls into the archives, but in the economic crisis, several processes are going on. On the one hand, the need to restore pre-crisis levels, on the other - to create an opportunity for a new Bulgarian economy of the 21st century. However, there is no time for that. We're gluing old tires, and we're not producing new, strong ones - for Formula 1. And Bulgaria needs that.

The new 4.0 economy we want so bad continues to emerge spontaneously. I asked entrepreneurs in the field of biotechnology, nanotechnology, startup economics - sectors that work hard and grow by tens of percent, how their development happened. And they answer: "The state does not notice us, does not regulate us and we have complete freedom. If they regulate us, then it's over. "

It is very difficult for both processes to go simultaneously - one (socially acceptable) of recovery, revival, stabilization, preservation of the Bulgarian economy in the form in which it existed until 2020, and the other- the creation of the new economy. The past gives birth to the future in the night. Well, that slowed us down a lot. There is no such pregnancy.

My understanding of the role of the state is to make modern rules. In the Netherlands and Greece, the rating of a company in Economy 4.0 with the same parameters as in Bulgaria is 30 to 130 percent higher. The money is the same - and our startup sells for 3 million euros, and theirs too. But only because of the nice legal environment, the same startup in the Netherlands and Greece receives an investor bonus for being in the territory of concerned countries to develop this new economy. There is no one here to do that. The caretaker cabinet has no legislative initiative because there is no parliament. But it can set the work directions. Because we still have to deal with "special" obstacles among other things, barriers due to the incompetent work of the former National Assembly.

- Would you give an example?

- We have a shocking case - a neglected State Reserve Act and Solvay Sodi. They do not use fuel oil, but according to this norm, they must have 44,000 tons of fuel oil on their site. This is two or three times the annual consumption of Bulgaria. All capacities on the territory of Bulgaria are about 30,000. If this condition is not met, the sanction is up to 40-50 million leva. What in the world is this?

- How do we achieve political stability, which does not seem to be emerging from the point of view of the upcoming elections? Sociologists predict the same results ..."

-The next one will be even more fragmented ..."

- This means that it will be even more difficult to form a cabinet.

- I like to give the example of the Kingdom of Belgium, which didn't have a government for 591 days. But then Belgium's gross domestic product grew by 3 percent a year. Nobody stopped buying Belgian chocolate, nobody stopped buying diamonds from Antwerp. Sometimes complex, configurable governments are better than monolithic ones. At the moment, everyone says that their biggest concern is business. To be honest, it is because of this announcement that they can make what is quite difficult to achieve, but still reach an agreement, for these processes to be driven by experts. Because I think we are fed up with the gourmet government "dishes" of political leaders in business-sensitive ministries. They caused some of the madness.

- Undoubtedly, the sector that has suffered the most from the crisis is tourism. Due to a stupid decision of the previous Minister of Health - the relaxed regime of entering Bulgaria to be dated May 1, and we lost the Romanian tourists for Easter. What does the business expect from the government now?

- 50 percent of reservations were canceled due to this decision, which was made on April 29th but came into force on May 1. The foolishness of the minister's decision was related to the deficits in his general lack of knowledge- that Romanians are also Orthodox and that they also celebrate Easter. They mainly had reservations on the North Black Sea coast. Just because the order did not take effect on April 29, but on May 1, half of the reservations were canceled. Otherwise, the order was very positive - liberalization of access to Bulgaria.

And what does the business want? First of all, have a little more educated people. As you can see, the trouble comes from the fact that someone hasn't read any books throughout their life.

The second is a symptom. There is still interest, I'm not talking about filling the capacities, but there is still interest in Bulgaria. Currently, our country is quite an attractive destination in terms of the fact that there is sun - vitamin D, fresh air - on the Black Sea coast almost everywhere, and affordability. If politicians here and in Europe do not confuse things, Bulgarian tourism will begin to slightly rise.

- What is your forecast for the summer season?

- For me, the 2021 season is completely over. Currently, strategically aware companies are already moving towards the 2022 season. Therefore, it is very important what the measures will be at the moment. I'll give an example with the resort of Albena - all workers who are in contact with tourists are 100% vaccinated and the process ended before May 20th. This is an act of professional good faith so that these people and tourists can know that they are in a covid-free environment.

- Does the state help in advertising Bulgaria as a safe destination?

- No. Criminal inaction. It doesn't take millions. All you have to do is show Promahon's tail, which crosses the border in 7 hours after you have already driven 2-3 hours there. For these 7 hours, you can go to Sozopol and come back. The ouzo in Sozopol and in Halkidiki is the same.