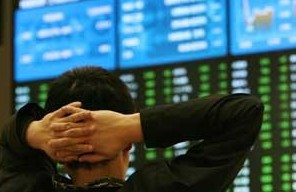 Inclinations of investors and analysts about the future economic development in the euro area improved sharply in April reaching their highest level since August of 2018.

Inclinations and intentions of investors and analysts about the future economic development in the euro area have improved sharply in April, as they reach their highest level since August 2018, with strong growth in all other regions of the world. This indicates the global economy's recovery from the recession caused by the coronavirus pandemic.

These are the results from a recent study by the market research company Sentix.

The Sentix investor sentiment index, determined by a survey among 1,156 investors (266 of whom are institutional) conducted between the 1st and 3rd of April, 2021, rose sharply by 8.1 points to 13.1 points. This is the highest level of the index since August 2018; exactly a year ago (in April 2020) it collapsed to a historic low of -42.9 points during the first wave of the coronavirus pandemic in Europe.

The financial market was projecting a slight improvement in the eurozone to 7.5 points of the Sentix index.

The index, which measures the current economic situation in the euro area, jumped in April to -6.5 points from -19.3 points in March, reaching its highest level since February 2020.

At the same time, the index of future investor attitudes rose to a historic high of 34.8 points compared to 32.5 points a month earlier.

The sharp improvement in economic sentiment is a fact, although lockdowns and severe restrictions have been reintroduced in many countries in Europe to curb the third wave of the corona pandemic. However, these measures have a surprisingly small negative effect on the overall economic recovery. While in the previous months the eurozone economy lagged significantly behind the global recovery trend, in April it began to catch up, according to Sentix.

In the coming months, however, there are significant inflation risks, as there are no signs of a recent change in central banks' expansionary monetary policy.

Germany's overall Sentix index rose to 20.0 points in April from 11.9 points in March, reaching its highest level since August 2018 despite an extension of the country's lockdown until at least April 18th. The index measuring the current economic situation rose from -9.5 points to +4.5 points (the highest since January 2020), while the index of future investor attitudes rose to 36.8 points from 35.8 points per the previous month.

The latest study shows solid increases in economic sentiment not only in the eurozone but also in Eastern Europe and Latin America, as well as a real economic boom in the United States and Asia, to a lesser extent.

The global Sentix index rose in April to 26.8 points from 20.5 points in March, reaching its highest level since February 2018.

Future investor sentiment in the US jumped to a historic high in April, with the corresponding Sentix index of expectations growing to 47.5 points from 43.3 points in March while the index of the current state of the US economy jumped to 30.0 points from 9.0 points in March, reaching its highest level since February 2020. The overall US Sentix index reached a record high with 38.6 from 25.5 points.

The Sentix survey for Eastern European countries also reported a strong improvement in investor sentiment, with the overall index rising in April to 4.6 points from -0.3 points in March, reaching its highest level since February 2020. The index of the current economic situation increased from -22.0 to -14.0 points (the highest since March 2020), while the index of future economic attitudes rose to 25.0 from 24.0 points.