The Pandemic Increases Social and... 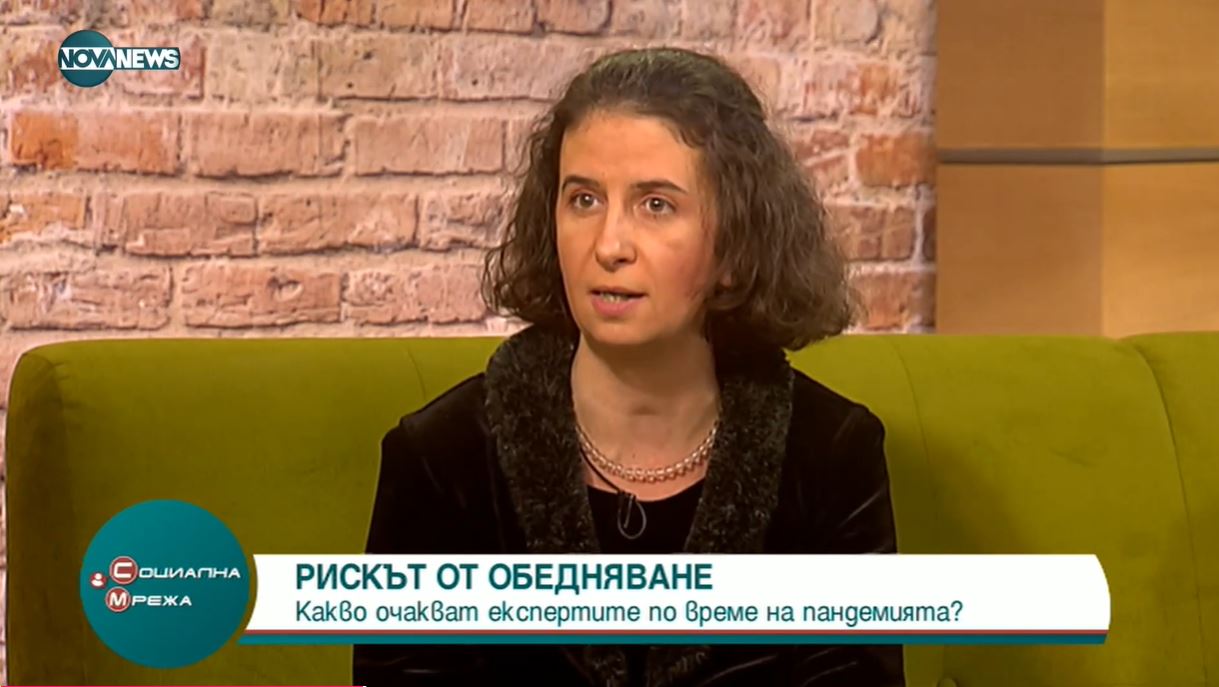 For the first time since the 1990s, extreme poverty is likely to rise. The pandemic has increased social and economic inequalities. In 2020, the number of homeless people in the EU has increased by 70 percent over the last 10 years. What is happening in Bulgaria? Jasmina Saraivanova from BIA and Lyuboslav Kostov from CITUB are guests in the show "Social Network" on NOVA NEWS.

"The average unemployment rate for the country is 6.7. Bulgarian employers worked miracles during the crisis to keep their employees. After which, they still had to keep them safe and healthy," Sarаivanova commented.

According to her, most employers have tried to restructure their activities into such that didn’t have to be closed down.

According to Saraivanova, people under 17 and people over 65 are most likely to fall into poverty.

According to him, not only the unemployed in our country are poor, there is also the category of the "working poor". And the minimum wage must be BGN 712, he believes. We want a socially acceptable limit, not actual equality. We want a tax-free on the minimum income. If you receive the minimum wage, you give all 100% for health