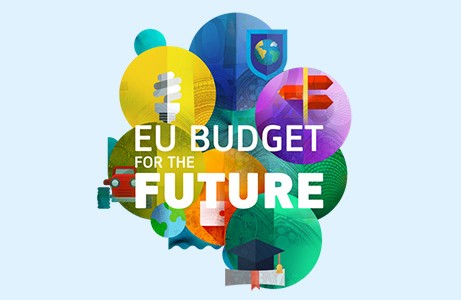 The 2021 budget should focus on mitigating the effects of the pandemic and supporting the recovery, building on the Green Deal and digital transformation.

Next year’s budget - the first of the 2021-2027 financing period - should “promote fair, inclusive and sustainable growth, high-quality job-creation and its long-term goal of socioeconomic convergence”, MEPs state in their draft resolution following the vote on Thursday.

Parliament has set the overall level of the 2021 EU budget at just under €182 billion in commitment appropriations, representing an increase of €15 billion compared to the Commission’s proposal. Out of this additional money, more than €14 billion should benefit the EU’s 15 flagship programmes, boosting many programmes and projects that will support young people, researchers, health workers, entrepreneurs, and many other citizens.

Other major additions to next year’s budget were voted on in areas such as climate change, energy, digital and transport interconnectivity, SMEs, tourism, security, migration, fundamental rights, and external action. MEPs also aim to achieve a biodiversity spending level of 10% and a climate mainstreaming spending level of 30% for 2021.

The resolution accompanying and reflecting the vote on the figures, prepared by the General Rapporteur for the Commission’s budget, Pierre Larrouturou (S&D, FR), and the rapporteur for the other institutions’ administrative budget, Mr Olivier Chastel (RENEW, BE), was adopted with 471 votes to 102 and 116 abstentions.

Once the plenary vote has taken place, 21 days of “conciliation” talks with the Council can begin, with the aim of reaching a deal between the two institutions in time for next year’s budget, to be voted on by Parliament and signed by its President in December.

The first conciliation meeting between the Council and the Parliament is scheduled for 19 November.

The calendar for this year’s annual budgetary procedure is here.

The preparations and negotiations of the European Union’s 2021 budget are taking place under unusual circumstances, as there was no political agreement on the MFF, which serves as the basis for annual budgets, until Tuesday of this week. The recent deal could therefore not be taken into account in time for Thursday’s vote.

It is expected that the Commission will publish an Amending Letter on 13 November, which will reflect the political agreement on the MFF and adjust its proposal for next year’s budget ahead of the conciliation starting on 17 November.

About 93% of the EU budget funds real activities in EU countries and beyond. It goes to citizens, regions, cities, farmers, researchers, students, NGOs, and businesses.

The EU budget is unique. Unlike national budgets, which are largely used to provide public services and fund social security systems, the EU budget is primarily an investment budget.

Additional EU support funding from the “Next Generation EU” recovery plan will be available in 2021 as soon as the corresponding legal bases are adopted and the member states’ recovery and resilience plans agreed. Parliament already paved the way for approval in a plenary vote in September.