Western Balkans: An Economic and... 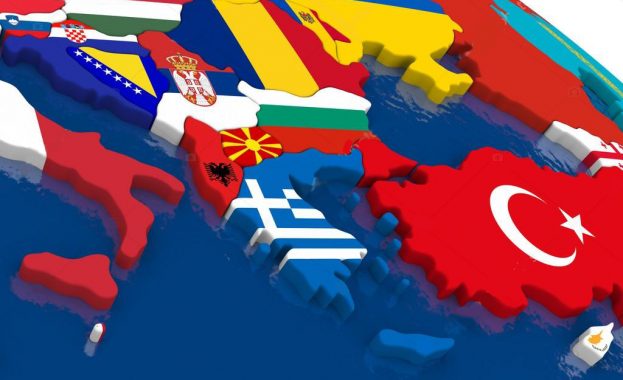 Today, the European Commission adopted a comprehensive Economic and Investment Plan for the Western Balkans, which aims to spur the long-term economic recovery of the region, support a green and digital transition, foster regional integration and convergence with the European Union.

EU High Representative for Foreign Affairs and Security Policy/Vice-President of the European Commission, Josep Borrell, said: "The citizens of the Western Balkans are part of Europe and we have a shared interest in helping these six partners move forward on their EU path. With the Economic and Investment Plan, we are backing our Enlargement Package assessment with action, providing deep and strong support for economic recovery and reform – for a modern, greener and more prosperous Western Balkans delivering better to their citizens on the road to the EU."

Presenting the new Plan, EU Commissioner for Neighbourhood and Enlargement, Olivér Várhelyi, commented: “Today we are presenting our Economic and Investment plan for the Western Balkans to boost the economic development and recovery of the region. We will mobilise up to €9 billion of funding for investment flagships in the areas of transport, energy, green and digital transition, to create sustainable growth and jobs. The Plan also offers a path for a successful regional economic integration to help accelerate convergence with the EU and close the development gap between our regions, ultimately speeding up the process of EU integration. This plan should help to transform the Western Balkans into one of the most attractive region for investments in the world. Implementation of course will need to go hand in hand with reforms.”

The Economic and Investment Plan sets out a substantial investment package mobilising up to €9 billion of funding for the region. It will support sustainable connectivity, human capital, competitiveness and inclusive growth, and the twin green and digital transition.

In parallel to the Economic Investment plan to support the region, the Commission has presented guidelines for implementing the Green Agenda in the Western Balkans, expected to be adopted at the Western Balkans Summit in Sofia in November 2020. It foresees actions around five pillars. These are (i) climate action, including decarbonisation, energy and mobility, (ii) circular economy, addressing in particular waste, recycling, sustainable production and efficient use of resources, (iii), biodiversity, aiming to protect and restore the natural wealth of the region, (iv), fighting air, water and soil pollution and (iv) sustainable food systems and rural areas. Digitalisation will be a key enabler for the above five pillars in line with the concept of the dual green and digital transition.

The Plan identifies ten investment flagships to support major road and railway connections in the region, renewable energy and the transition from coal, renovation of public and private buildings to increase the energy efficiency and reduce greenhouse gas emissions, waste and waste water management infrastructure, as well as the roll out of broadband infrastructure. Other flagships include increased investments in the private sector to boost competitiveness and innovation, in particular of small and medium sized companies and a Youth Guarantee.

In addition to the EU's significant grant funding to the region, the EU can provide guarantees to help reduce the cost of financing for both public and private investments and to reduce the risk for investors. Support through the new Western Balkans Guarantee facility, under the EU External Action Guarantee and the European Fund for Sustainable Development Plus, is expected to mobilise potentially investments of up to €20 billion in the next decade.

The investment package will be a key driver for facilitating increased public and private investments in the region by European and international financial institutions.

The Commission has been supporting the efforts of the Governments of the region to develop a new vision for the creation of a regional economic area expected to be endorsed at the Sofia Summit in November 2020. The EU will strive to bring the region closer to the EU Single market. Good governance is the foundation for sustainable economic growth. Boosting investment and economic growth will therefore only be possible if the Western Balkans firmly commit to and implement fundamental reforms in line with European values.

As reflected in the enhanced enlargement methodology, partners which progress in reform priorities should benefit from increased funding and investments.

The Commission also adopted today the 2020 Enlargement Package, its annual assessment of the implementation of fundamental reforms in the Western Balkan partners and Turkey. These assessments are accompanied by recommendations and guidance on these reform priorities, which remain at the heart of the EU accession process. The implementation of these reforms, in particular in the rule of law area, will be crucial for the success of this economic plan and fostering sustainable economic development in the region.

Today, the Commission adopted its Communication on EU enlargement policy and the 2020 Enlargement Package: The annual reports, assessing the implementation of fundamental reforms in the Western Balkans and Turkey, are presented together with clearer and more precise recommendations and guidance on the next steps for those partners, in line with the enhanced enlargement methodology.

EU High Representative for Foreign Affairs and Security Policy/Vice-President of the European Commission, Josep Borrell, said: "The citizens of the Western Balkans are part of Europe and they belong in the European Union. Today's reports on the Enlargement Package provides a rigorous assessment that indicates the way forward, highlighting what has been achieved and where there is still hard work to be done."

Presenting the annual Enlargement Package, EU Commissioner for Neighbourhood and Enlargement, Olivér Várhelyi, commented: “From the start of the mandate of this Commission, my aim has been to make sure both our partners in the Western Balkans and our Member States regain trust in the accession process. Our rigorous but fair assessments presented today detail where the countries stand with the reforms, with clearer guidance and recommendations on the future steps. Their dynamic implementation will speed up their progress on EU path and bring long-lasting results. In parallel, we have presented an Economic and Investment plan to spur their long term recovery and accelerate their economic convergence with the EU.”

A credible enlargement policy is a geostrategic investment in peace, security and economic growth in the whole of Europe, more so in times of increasing global challenges and divisions. The firm and merit-based prospect of full EU membership for the Western Balkans is in the European Union's very own political, security and economic interest. The Commission's Communication “Enhancing the accession process – A credible EU perspective for the Western Balkans”, endorsed by Member States in March 2020, set out concrete proposals for strengthening the accession process, by making it more predictable, more credible, more dynamic and subject to stronger political steering. The strengthened approach underlines the importance of a merit-based accession process built on trust, mutual confidence and clear commitments by the European Union and the Western Balkans, with an even stronger focus on fundamental reforms.

Credible progress in the rule of law area remains a significant challenge, which often correlates with a lack of political will. A slow pace in judicial culture continues throughout the Western Balkans region without sufficient commitment to the principle of judicial independence. The overall pace in the fight against corruption has slowed down and the track record in most partners is far from meeting the requirements for membership, whilst in the area of freedom of expression and media pluralism there has been the least progress last year.

For the first time, the Commission assesses the overall balance in the accession negotiations with both Montenegro and Serbia and proposes the way ahead. This should allow the intergovernmental conferences, which should take place after the publication of the Commission's annual package, to provide the fora for political dialogue on reforms, take stock of the overall accession process and set out the planning for the year ahead, including the opening and closing of chapters and possible corrective measures.

In the case of Albania and North Macedonia, the Commission looks forward to the first intergovernmental conferences to be convened as soon as possible after the adoption of the negotiating frameworks by the Council. The Commission confirmed further progress in the implementation of reforms in Albania and North Macedonia. Albania has already made decisive progress and is close to meeting the conditions set by the Council in view of the first intergovernmental conference.

Bosnia and Herzegovina is expected to address 14 key priorities from the Commission's Opinion on its EU membership application, with only some steps taken so far.  As regards Kosovo, limited progress was made on EU related reforms and it is important that Kosovo authorities redouble their efforts to advance on the European path, including through the implementation of the Stabilisation and Association Agreement.

The Commission also adopted today a comprehensive Economic and Investment Plan for the Western Balkans, which aims to spur the long-term recovery of the region, a green and digital transition, foster economic regional cooperation, boost economic growth and support reforms required to move forward on the EU path.

Turkey remains a key partner for the European Union. However, Turkey has continued to move further away from the European Union with serious backsliding in the areas of democracy, rule of law, fundamental rights and the independence of the judiciary. As stated by the Council in 2018 and 2019, Turkey's accession negotiations have effectively come to a standstill and no further chapters can be considered for opening or closing. The report presented today confirms that the underlying facts leading to this assessment still hold, despite the government's repeated commitment to the objective of EU accession. Dialogue and cooperation with Turkey have continued, in particular on addressing challenges related to migration, despite concerns over the events at the Greek-Turkish border in March 2020. The reports also outlines how Turkey's foreign policy increasingly collided with the EU priorities under the Common Foreign and Security Policy.

It is now for the Council to consider the recommendations of the Commission and take decisions on the steps ahead.

The current enlargement agenda covers the partners of the Western Balkans and Turkey. Accession negotiations have been opened with Montenegro (2012), Serbia (2014), and Turkey (2005). In March 2020, Member States agreed to open accession negotiations with North Macedonia and Albania. Bosnia and Herzegovina (application to join the EU submitted in February 2016) and Kosovo (Stabilisation and Association Agreement entered into force in April 2016) are potential candidates.

The EU accession process continues to be based on established criteria, fair and rigorous conditionality, and the principle of own merits. EU accession requires the implementation of complex reforms in a challenging environment; an objective which can only be achieved in the long term. For the process to move forward, accession candidates need, as a matter of priority, to deliver more swiftly genuine and sustainable results on key issues: the rule of law, justice reform, fight against corruption and organised crime, security, fundamental rights, functioning of democratic institutions and public administration reform, as well as on economic development and competitiveness.

Reporting in this year's enlargement package also reflects the proposals of the enhanced approach to the accession process. The assessments and recommendations for the partners, especially the forward-looking guidance on specific reform priorities, are even clearer and more precise. The reports provide greater transparency, including on the state of play of the accession negotiations and the extent to which fundamental reforms are being implemented. Comparative overviews of performance on the fundamentals are provided, as well as external indices to complement the Commission's assessments. Stronger contributions were solicited from Member States, who were consulted during the process and provided input and expertise, including through their Embassies on the ground. The reports also include assessments of the public political commitment of authorities to the strategic goal of EU accession.

For detailed findings and recommendations on each partner, see: