BIA: We could expect a second wave... 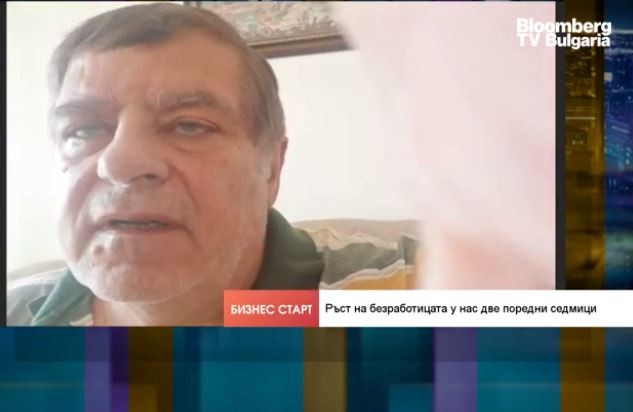 Tomcho Tomov, head of the National Center for Competence Assessment at the Bulgarian Industrial Association, in "Business Start" by Bloomberg TV

The peak of unemployment in our country due to the coronavirus pandemic was reached in April-May, followed by a decline. In recent weeks, however, the number of unemployed has risen again. This is partly due to expectations for higher seasonal employment, which did not materialize. A second wave of unemployment in Bulgaria can be expected, which will be particularly strong in late autumn and at the end of the year. The unemployment rate can reach 9-10%. This was said by Tomcho Tomov, head of the National Center for Competence Assessment at the Bulgarian Industrial Association, in "Business Start" hosted by Jivka Popatanasova.

According to Tomov, the government's measure to maintain employment the pandemic, the so-called 60 out of 40 is useful, but very few employers have taken advantage of it. "19% of the companies in our country have switched to layoffs," said the expert.

He noted that it is important for employers to assess risks and take action.

"Opportunities must be sought for reorientation to other activities and for greater flexibility."

"Employment should be considered on the basis of analyzes in both regions and sectors, and from there the necessary measures should be introduced in advance," Tomov added.

Tomcho Tomov stated that there is a risk of leakage of quality employees from companies, as some of the staff will start looking for work in places that they think are more stable.

"Serious emphasis must be placed on the human resource management policies."

Tomov expects telework to be something real and sustainable in the future for some employees, combining it with present and other flexible work forms.