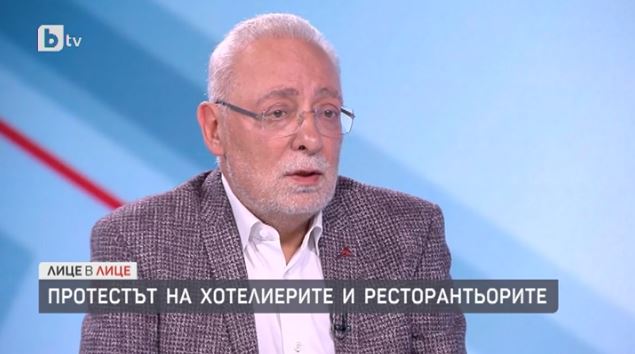 BIA’s Chairman Radosvet Radev took part in BTV's "Face to Face" program, hosted by Tsvetanka Rizova. Mr. Radev commented on the current topics – the protests against Regulation H-18, the investigations and legislative changes in the field of gambling, etc.

"BIA has been active since day one with the administrations and the organizations that are theoretically most affected. The relationships of this trilogue date back to 18 months ago - two human pregnancies. During the negotiations, there were various levels of co-operation or confrontation. Frankly, especially during the second half of last year, some pretty serious changes were made at the insistence of the business, because the original version of the H-18 was scary. Due to the efforts of our experts, the regulation continues to improve. This is very strange. I, as a lawyer, know that a piece of legislation is adopted and comes into force, and this is a piece of legislation that is constantly changing. And the current 6-month postponement envisages the first three months to be dedicated to making the texts in the ordinance enforceable, "said Radosvet Radev.

"People are totally hesitant and begin to experience themselves as unrepresented in the management of the state. This time presupposes the emergence of new political projects and they are visible, "Radev further commented.

Regarding the problems in the gambling sector, Radosvet Radev commented: “The Bulgarian Constitution does not prohibit gambling activities by private entities. Gambling is a regulated industry and Bulgaria needs it, because this is how a financial resource that is taken out of the country enters our country. Bulgaria's non-produced GDP comes in some form in Bulgaria through Israeli and other tourists. This should be done responsibly and publicly. Turkey was a gambling paradise until Erdogan came, after which an argument in Islamic ethics was found and banned. We have no such arguments. This behavior of an elephant in a glass shop is the most undesirable. "