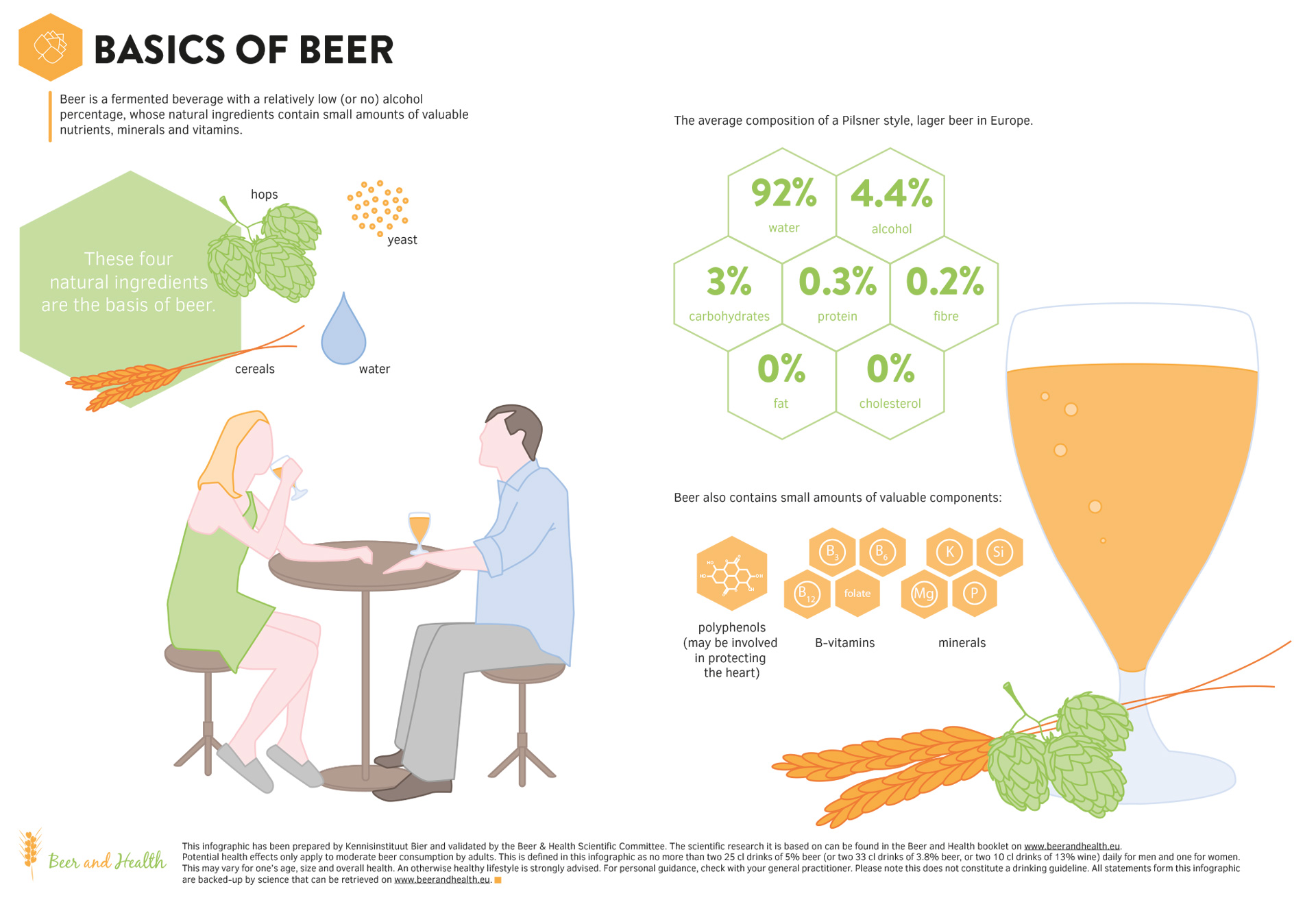 Sofia, 8 October 2019 More than 100 scientists, doctors, brewers and media representatives from all across Europe attended the 9th European Beer and Health Symposium at the Royal Academy of Sciences in Brussels.

During the forum was held, 9 reports were presented with the results of the latest international studies on moderate consumption of beer and its impact on human health and a balanced lifestyle. The chairman of the Organizing Committee of the scientific event is Dr. Ancenzio Marcos, Professor of Nutrition and Clinical Analysis at the University of Madrid.

The main panel presentations and thematic scientific discussions were focused on the composition and properties of non-alcoholic beer, the effects of moderate beer consumption and its relation to sport, the qualities of beer and its benefits for women. It is important to emphasize that all the research and papers presented at the Symposium are based on long-term observations and meta-analyses with patients and volunteers.

The scientific session was opened with a report by young medical scientists from Poland on "Nutritional trace elements, minerals and polyphenols in non-alcoholic and low alcohol beers". The results of the study prove that the concentration of specific elements in beer depends mainly on the specifics of the water in the area of ​​production. Analyses of the 52 samples in the non-alcoholic beers tested confirm that this type of beer also has a high content of polyphenolic antioxidants, which mainly come from malt and hops. These results are almost identical to the results of the research of the Bulgarian scientists.

Another study conducted by the University of Applied Sciences in Austria shows that soft beer, fortified with low amounts of sodium, may be a suitable alternative for athletes. One important factor for them to perform well during racing is the body's water and electrolyte balance. According to the scientists, the imbalance of these parameters can negatively affect the physical and cognitive performance of athletes. Therefore, taking not only water, but also non-alcoholic beer, successfully hydrates the body and restores the electrolyte balance of active athletes.

Scientists from medical universities in Italy, the Netherlands and Romania presented their research on moderate alcohol consumption and its effects on health, which has recently been the subject of intense debate. The statistics show a correlation in the form of the letter J (J-curve), according to which the risk of cardiovascular disease is reduced with moderate consumption of beer and wine. This means that people who consume alcohol in moderation are at a lower risk of death from cardiovascular disease than abstainers or people who consume alcohol excessively.

"We are convinced that experts must carefully communicate the health benefits and risks of alcohol consumption to a wider audience. Nowadays, the question of the existence of the J-curve has been widely discussed in the scientific community. I think it's a matter not only of scientific data, but also of a point of view, "said Dr. Simona Costanzo, head of a number of Italian studies on the relationship between alcohol and human health status.

The third panel of the Symposium on moderate beer consumption was carried out by women scientists from Spain and Switzerland. They presented results from new medical studies showing that because of silicon in beer, the risk of osteoporosis is lower for women who consume beer compared to those who are abstainers. These findings confirm findings from previous studies in Spain, England and America. In addition, there may be a link between moderate alcohol consumption and the onset of menopause, which in turn reduces the risk of coronary heart disease.

There is also a lot of interest in research carried out by Dutch medics, which sheds light on the differences between men and women in terms of the effect of carbonated beverage on the stomach. According to the results obtained, due to anatomical features, women are far more sensitive and can process carbon dioxide into beverages in smaller quantities. The study also confirms that the taste of beer, not the presence of alcohol, is the leading factor in women's choice of beer.

Each year, within the poster session of the scientific event, a competition for a young scientist with scientific development is held, dedicated to the main topic of the forum. The winner of this year's competition was Dr. Emilia Rugero of the Mediterranean Neurological Institute in Italy, with the poster: "Moderate beer consumption is associated with a lower risk of chronic inflammatory diseases: results from a specialized study."

The next Beer and Health Symposium will be held in Brussels again in 2021. Bulgarian scientists are also expected to take part in it, with an interdisciplinary report on metabolites in beer. Newer analyses are exploring the relationships between established compounds and the genome of the yeast producing beer. Knowledge of the genetic potential of yeast is an indispensable tool in the selection of the best-performing micro-organisms leading to the production of beer containing more useful substances for humans.

For more information on the Beer and Health Symposium www.beerandhealth.eu

European brewers and the European Commission...