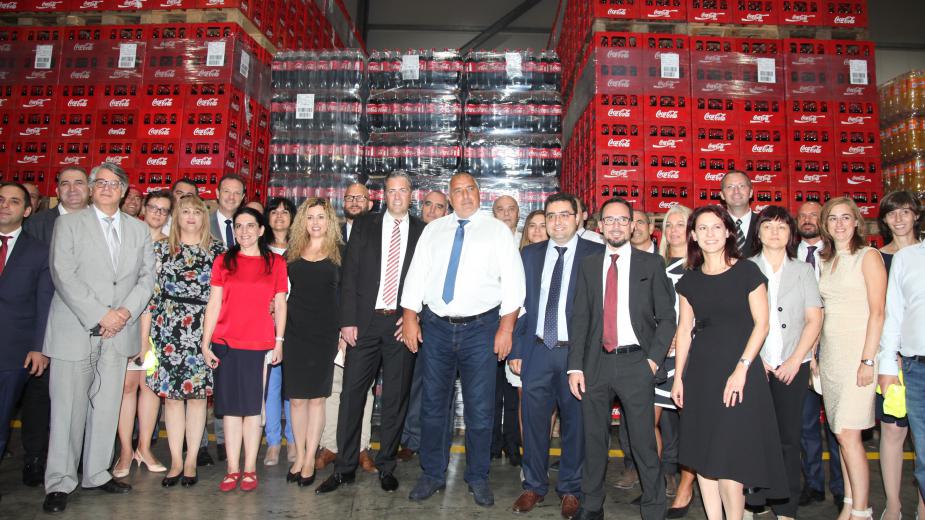 Coca-Cola Hellenic Bottling Company presented its new production line at its Kostinbrod plant. The investment is for BGN 40 million, and according to CEO Jurg Burkhalter, this will be the most modern and efficient line in Europe. The new capacity will use over 600 tonnes of recycled PET plastic.

"The new line is 25% faster and 20% more energy efficient than the current one. Thanks to it, Coca-Cola will start exporting products from Bulgaria to Serbia, Romania and Greece," Burkhalter announced.

The company also plans to build a new water pipeline to the plant, which will supply water and surrounding households. Once completed, it will be donated to the Sofia Municipality.

Greetings on behalf of Radosvet Radev - Chairman of BIA.

On behalf of the Board of Directors of the Bulgarian Industrial Association - Union of the Bulgarian Business and personally I would like to congratulate you on the occasion of the opening of new facilities at the Coca-Cola production center in Kostinbrod.

The Coca-Cola Hellenic Bottling Company plant in Kostinbrod has been a symbol of sustainable development for 23 years. Thanks to the good management, during all these years the company has established itself as a model for social and business development not only for the region, but for the economic map of Bulgaria.

Thanks to the investment of BGN 40 million, the production capacity of the company will increase by about 30% and will become a regional center to export production to neighboring and further countries. It is an undeniable success, but more importantly, through this investment, Coca-Cola gives courage to dozens of businesses to invest in our country. Entrepreneurship only makes sense when it creates and changes. Coca-Cola creates a product, but it also creates jobs for new businesses around it, and with it- new jobs.

Last but not least, I would like to congratulate you on the gesture of corporate social responsibility that you are making with this investment - building a water pipeline to Kostinbrod that you provide for free to the state for the benefit of the population. This is another positive example that Coca-Cola sets to other companies in the country. You deserve our admirations!

As chairman of a nationally representative employer organization, I take this opportunity to thank you for choosing to invest in Bulgaria and to be one of those employers who are wealthy in each country. In the face of the Bulgarian Industrial Association you can always count on a loyal partner.

The best of luck!