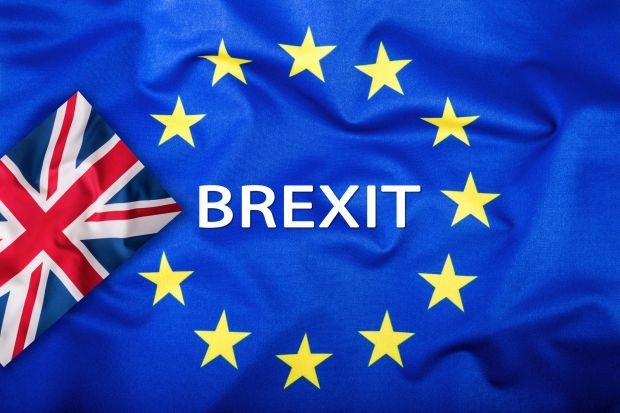 These areas include citizens' residence and social security entitlements, data protection, medicine and medical devices, police and judicial cooperation in criminal matters, and fisheries. The aim of today's guidance is to ensure the smooth practical implementation of EU and national contingency measures, if the United Kingdom were to leave the EU without a deal on 12 April, or at a later date, ­and to maintain a coordinated approach throughout any such ‘no-deal' phase. A ‘no-deal' withdrawal will cause disruption and is not desirable, but the EU is fully prepared for it.

As outlined by President Juncker in the European Parliament on 3 April 2019, should a ‘no-deal' scenario occur, the UK would be expected to address three main separation issues as a precondition before the EU would consider embarking on discussions about the future relationship. These are: (1) protecting and upholding the rights of citizens who have used their right to free movement before Brexit, (2) honouring the financial obligations the UK has made as a Member State and (3) preserving the letter and spirit of the Good Friday Agreement and peace on the island of Ireland, as well as the integrity of the internal market.

The European Commission has consistently made clear that protecting the rights of UK citizens in the EU in a ‘no-deal' scenario is a priority and that Member States should adopt a generous approach with regards to their rights. The UK is expected to reciprocate this approach. The EU27 Member States have prepared national contingency measures to ensure continued legal residence in the immediate aftermath of a ‘no-deal' scenario for UK citizens residing legally in the EU27. Today's guidance provides an overview of the EU's contingency measures, notably the contingency Regulation on Social Security Coordination. The Commission has proposed that Member States adopt a unilateral coordinated approach to address some issues not covered by the Regulation and, to complement that approach, point to areas where individual Member States could provide further protection through their own national, unilateral measures.

In a ‘no-deal' scenario, the EU's legal framework on police and judicial cooperation would cease to apply to the UK. Cooperation with the UK will therefore have to be based on alternative legal frameworks and cooperation mechanisms, based on international and national law. Today's guidance outlines the relevant fall-back instruments that the EU and its Member States can rely on to ensure that law enforcement and judicial cooperation can continue in order to guarantee a continued high level of security for citizens. It also provides guidance to Member States on the disconnection of the UK from various EU databases, networks and information systems.

The medical sector has been a priority of the Commission's preparedness work from the very beginning, with guidance being issued already in July 2017. Thanks to preparedness measures, the majority of medicinal products concerned by the UK's withdrawal should now be compliant with EU legislation as of the UK's withdrawal date. It is possible, however, that despite best efforts some medicinal products and medical devices may not be compliant in time. There is, therefore, a risk of shortages if economic operators do not act swiftly to remedy the situation. Today's guidance highlights how the Commission will work with the European Medicines Agency (EMA) and national medicines regulators to monitor the situation closely and address any potential problems. It also outlines the possibilities for making use of exemptions and derogations available from the existing rules, in order to mitigate the risk of shortages of medicinal products and of critical medical devices in case of a ‘no-deal' scenario.

As stated in the Commission's preparedness Communication of 13 November, the Commission considers that the existing tools under the General Data Protection Regulation for data exchange with third countries are sufficient to cater for the immediate needs of data transfers to the UK in a ‘no-deal' scenario. Today's guidance provides details on these tools, the well-defined conditions for making use of derogations, as well as on the practical steps that EU companies and authorities will have to take to ensure continued compliance with the EU's data protection rules.

The EU has adopted two contingency measures in the area of fisheries to cover all scenarios under a ‘no-deal' Brexit. On the one hand, the EU has created the appropriate legal framework to allow UK vessels reciprocal access to EU waters throughout 2019, if the UK grants such access to EU vessels in its waters. On the other hand, the EU has also adjusted the eligibility criteria of the Fisheries and Maritime Fund, to ensure that fishermen who have to cease their activities – in case the UK does not grant continued access to its waters – can receive compensation. In such a case, it would be essential that Member States adopt a coordinated approach to ensure a level-playing field between EU fishermen in different Member States and to protect marine resources. Today's guidance provides details on such a coordinated approach. The Commission is working with the Member States most concerned on a framework for the monitoring of changes in fishing activities in EU waters, in order to avoid any distortions.

In a ‘no-deal' scenario, the UK will become a third country without any transitional arrangements. All EU primary and secondary law will cease to apply to the UK from that moment onwards. There will be no transition period, as provided for in the Withdrawal Agreement. This will obviously cause significant disruption for citizens and businesses.

In such a scenario, the UK's relations with the EU would be governed by public international law, including rules of the World Trade Organisation. The EU will be required to immediately apply its rules and tariffs at its borders with the UK. This includes checks and controls for customs, sanitary and phytosanitary standards and verification of compliance with EU norms. Despite the considerable preparations of the Member States' customs authorities, these controls could cause significant delays at the borders. UK entities would also cease to be eligible to receive EU grants and to participate in EU procurement procedures under current terms.

UK citizens will no longer be citizens of the European Union. They will be subject to additional checks when crossing borders into the European Union. Again, Member States have made considerable preparations at ports and airports to ensure that these checks are done as efficiently as possible, but they may nevertheless cause delays.

Since December 2017, the European Commission has been preparing for a ‘no-deal' scenario. To date, the Commission has tabled 19 legislative proposals 18 of which have been adopted or agreed by the European Parliament and Council (see ANNEX 1). Only one proposal on the EU budget for 2019 is to be finalised by the two co-legislators in due course. It will apply retroactively from the withdrawal date, once finalised. The European Commission also published 92 sector-specific preparedness notices with detailed guidance to the different sectors affected by Brexit.

As outlined in the Commission's Brexit Preparedness Communications, the EU's contingency measures will not – and cannot – mitigate the overall impact of a ‘no-deal' scenario, nor do they in any way compensate for the lack of preparedness or replicate the full benefits of EU membership or the favourable terms of any transition period, as provided for in the Withdrawal Agreement. These proposals are temporary in nature, limited in scope and will be adopted unilaterally by the EU. They are not ‘mini-deals' and have not been negotiated with the UK.

While the impact of a ‘no-deal' scenario will be felt throughout the European Union, it is clear that some regions and economic sectors will be affected more directly. The Commission has explored how current EU funds and programmes could be mobilised in case of a ‘no-deal' and in the case the UK fails to pay what is envisaged under the contingency EU budget Regulation. By reprogramming certain structural funds, activating measures against disturbance of agricultural markets, and using specific instruments such as the programme for Competitiveness of Small and Medium-Sized Enterprises (COSME), the European Globalisation Adjustment Fund (EGF), the Solidarity Fund and the European Fund for Strategic Investment (EFSI), additional dedicated funding can be made available.

Technical and financial assistance from the EU can also be made available in certain areas, such as the training of customs officials under the Customs 2020 programme. Other programmes can help similar training projects in the area of sanitary and phytosanitary controls. For agriculture, EU law provides a variety of instruments to cope with the most immediate effects of the withdrawal of the UK, in particular in a no-deal scenario.

For more information: what should I do in a ‘no-deal' scenario?

To know more about how to prepare for a ‘no-deal' scenario, EU citizens can contact Europe Direct for any questions. Call Freephone 00 800 6 7 8 9 10 11 from anywhere in the EU, in any official EU language (see factsheet here).