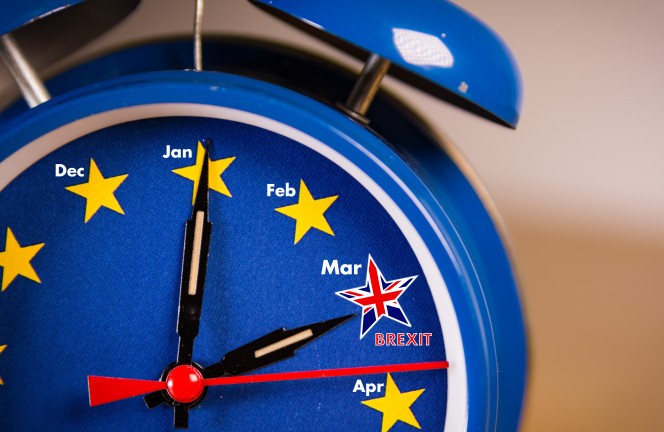 As it is increasingly likely that the United Kingdom will leave the European Union without a deal on 12 April, the European Commission has today completed its “no-deal” preparations.

At the same time, it continues supporting administrations in their own preparations and urges all EU citizens and businesses to continue informing themselves about the consequences of a possible “no-deal” scenario and to complete their no-deal preparedness. This follows the European Council (Article 50) conclusions last week calling for work to be continued on preparedness and contingency. While a “no-deal” scenario is not desirable, the EU is prepared for it.

Following a request by Prime Minister Theresa May, the European Council (Article 50) agreed on Thursday 21 March to extend the UK's departure date to 22 May 2019, provided the Withdrawal Agreement is approved by the House of Commons by 29 March 2019 at the latest. If the Withdrawal Agreement is not approved by the House of Commons by then, the European Council has agreed to an extension until 12 April 2019. In that scenario, the United Kingdom would be expected to indicate a way forward before this date.

While the European Union continues to hope that it will not be the case, this means that if the Withdrawal Agreement is not ratified by Friday 29 March, a “no-deal” scenario may occur on 12 April. The EU has prepared for this scenario and has remained united throughout its preparations. It is now important that everyone is ready for and aware of the practical consequences a “no-deal” scenario brings.

In a “no-deal” scenario, the UK will become a third country without any transitionary arrangements. All EU primary and secondary law will cease to apply to the UK from that moment onwards. There will be no transition period, as provided for in the Withdrawal Agreement. This will obviously cause significant disruption for citizens and businesses.

In such a scenario, the UK's relations with the EU would be governed by general international public law, including rules of the World Trade Organisation. The EU will be required to immediately apply its rules and tariffs at its borders with the UK. This includes checks and controls for customs, sanitary and phytosanitary standards and verification of compliance with EU norms. Despite the considerable preparations of the Member States' customs authorities, these controls could cause significant delays at the border. UK entities would also cease to be eligible to receive EU grants and to participate in EU procurement procedures under current terms.

Similarly, UK citizens will no longer be citizens of the European Union. They will be subject to additional checks when crossing borders into the European Union. Again, Member States have made considerable preparations at ports and airports to ensure that these checks are done as efficiently as possible, but they may nevertheless cause delays.

Since December 2017, the European Commission has been preparing for a “no-deal” scenario. It has published 90 preparedness notices, 3 Commission Communications, and has made 19 legislative proposals (see below).

As outlined in the Commission's Brexit Preparedness Communications, the EU's contingency measures will not – and cannot – mitigate the overall impact of a "no-deal" scenario, nor do they in any way compensate for the lack of preparedness or replicate the full benefits of EU membership or the favourable terms of any transition period, as provided for in the Withdrawal Agreement. These proposals are temporary in nature, limited in scope and will be adopted unilaterally by the EU. They are not “mini-deals” and have not been negotiated with the UK.

The EU has maintained - and will continue to maintain - a fully united position throughout its preparations, and during any possible “no-deal” period.

The “no-deal” contingency measures include:

-      PEACE programme: the continuation of the PEACE programme on the island of Ireland until the end of 2020. As for the period after 2020, the Commission has already proposed as part of its proposals for the next Multi-annual Financial Framework to continue and strengthen cross-border support for peace and reconciliation in the border counties of Ireland and Northern Ireland.

-      The EU Budget (in the process of final adoption): in a “no-deal” scenario, the EU will be in a position to honour its commitments and to continue making payments in 2019 to UK beneficiaries for contracts signed and decisions made before 30 March 2019, on condition that the UK honours its obligations under the 2019 budget and that it accepts the necessary audit checks and controls.

-      Fishing rights and compensation: these measures provide for compensation for fishermen and operators from EU Members States under the European Maritime and Fisheries Fund for the temporary cessation of fishing activities. It also ensures that the EU is in a position to grant UK vessels access to EU waters until the end of 2019, on the condition that EU vessels are also granted reciprocal access to UK waters

-      Financial services: temporary, limited measures to ensure that there is no immediate disruption in the central clearing of derivatives, central depositaries services for EU operators currently using UK operators, and for facilitating novation, for a fixed period of 12 months, of certain over-the-counter derivatives contracts, where a contract is transferred from a UK to an EU27 counterparty.

-      Air connectivity and safety: these two measures will ensure basic air connectivity in order to avoid full interruption of air traffic between the EU and the UK in the event of a “no-deal” scenario.

-      Road connectivity: allows for the continuation of safe basic road connectivity between the EU and the UK for a limited period of time, provided that the UK gives reciprocal treatment to EU companies and operators.

-      Rail connectivity: ensures the validity of safety authorisations for certain parts of rail infrastructure for a strictly limited period of three months to allow long-term solutions in line with EU law to be put in place. This is, in particular, related to the Channel Tunnel and will be conditional on the United Kingdom maintaining safety standards identical to EU requirements.

-      Climate policy: this measure ensures that a "no-deal" scenario does not affect the smooth functioning and the environmental integrity of the Emissions Trading System.

-      Erasmus + programme: students and trainees abroad participating in Erasmus+ at the time of the UK's withdrawal can complete their studies and continue to receive the relevant funding or grants.

-      Social security entitlements: the entitlements (such as periods of insurance, (self) employment or residence in the United Kingdom before withdrawal) of those people who exercised their right to free movement before the UK's withdrawal are safeguarded.

As regards the need for financial resources and/or technical assistance, the EU's existing State aid rules make it possible to address problems encountered by businesses in the case of a "no-deal" Brexit. By way of example, State aid rules permit consultancy aid for small and medium-sized enterprises (SMEs) or training aid which could be used to assist with SMEs preparedness (including possible future custom formalities). The Rescue and Restructuring Guidelines contain provisions on temporary restructuring support schemes for SMEs, which could be useful to address their liquidity problems caused by Brexit. Access to finance is possible in various formats, e.g. through State-financed lending schemes respecting the reference rate or State guarantees under the guarantee notice (contact point available here).

Funding and support under the EU budget

Technical and financial assistance from the European Union can also be made available in certain areas, such as the training of customs officials under the Customs 2020 programme. Other programmes can help similar training projects in the area of sanitary and phytosanitary controls. For agriculture, EU law provides a variety of instruments to cope with the most immediate effects of the withdrawal of the United Kingdom, in particular in a no-deal scenario.

The European Commission has published 90 sector-specific preparedness notices. They provide detailed guidance to the different sectors affected by Brexit. They are available online here.

For more information: what should I do in a “no-deal” scenario?

To know more about how to prepare for a “no-deal” scenario, EU citizens can contact Europe Direct for any questions. Call Freephone 00 800 6 7 8 9 10 11 from anywhere in the EU, in any official EU language. The Commission published today a series of reader-friendly factsheets in all EU languages.

See below for further useful links: