BREXIT – THE TEMPLE OF DOOM 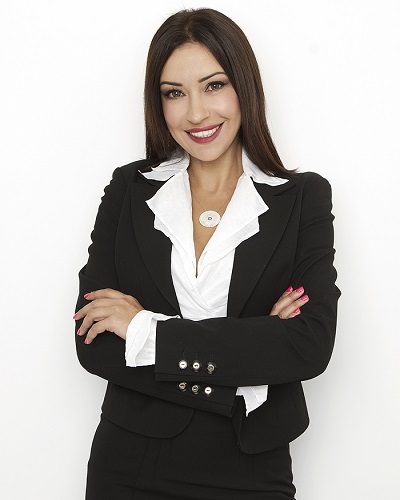 It took British Prime Minister, Theresa May a year and a half to reach a Brexit deal with the European Union.

Britain has the imperfect deal that it was always going to get.

It took less than a month to be clear that the parliament will not approve the proposed Brexit agreement and it is to be lost by a wide margin.

As a result, Theresa May canceled the scheduled UK Parliament’s vote and postponed it indefinitely.

Now she is heading to a Europeantour again. The Prime Minister will go back to Brussels to seek to renegotiate the deal.

The message from EU is absolutely clear – The mission is not possible, the approved Brexit deal is the best possible and even more – the only one possible, they say.

All that results to negative economic impact and most probably political chaos in Britan.

The cause of this chaos is that those who was delusioned about what Brexit would mean have been forced to meet the reality.

While among thehard brexiters still one hopeful fantasy lives on, the idea that, if all else fails, Britain can prosper outside the European Union without signing a deal at all, the wide publick is worrying more and more about no deal option.

It will take years to analyse and realise what will be the consiquences of the Brexit vote in 2016, but one is clear – New barriers to trade will sever British dynamic services industry from its largest market and will damage Britain’s economy, leaving the single market, will entail a big loss.

The day after Brexit, Britain will face perhaps a decade of trade negotiations with the EU in order to mitigate the adverse effects.

Meanwhile what happen in the real economic sectors, industry and busineses during the ‘To be’ and ‘Not to be’ episodes, is a total confusion.

Many companies are setting up additional branches in the EU or moving their headquarters to an EU countries in a bid to minimise the negative fall-out they expect Brexit will cause to their businesses.

It’s vital that SMEs consider all their finance options to minimise the negative effects of Brexit.

Now is the time  when senior management teams of the companies lokated in UK are taking steps to formulate contingency plans for their cash flow cycle, preparing for the worst-case scenarios.

SMEs, in particular, especially those that are more susceptible to change, should be considering alternative  options so that they can continue operating as usual.

In a No-deal scenario, for example, the processes of importing and exporting could be delayed, the time it takes for payments to be processed and received will most likely increase, leaving many businesses short of funds. SMEs are facing questions like what if import prices are higher, delivery times longer or overhead costs to your business are permanently increased? In addition, there’s no doubt the foreign exchange markets will fluctuate in the run-up to and following Brexit, therefore, companies that deal with different currencies should ensure that they take proper actions, in order to avoid being affected by any volatile foreign exchange.

For international companies, especially in the field of IT and other advanced technology sectors like fintech it continues to be significantly simpler to set up and run a  business in London than it is in most other European countries. This is largely thanks to the local talent pool, data network infrastructures, robust civil justice system in England and Wales, stability of British institutions and the enduring dominance of English as the world’s business language of choice.

The UK offers specific advantages to IT companies to help them grow.

In 2017 the UK’s Competition & Markets Authority launched the ‘Open Up Challenge‘ programme which offers a £5 million prize fund to be shared among the developers of the most promising next-generation services, apps and tools.  Grants can also be obtained from UK government-backed bodies such as UK Research and Innovation.

Nevertheless the above, in case of a ‘hard Brexit’ – UK high tech companies relying on current passporting regimes would effectively lose their access to the single market overnight as many of them rely on recruitment of staff from all around the world and benefit from the ability to move staff between European offices.

Many hightech companies will still want to be based in the UK, so for these businesses it is about setting up a plan B – to help them retain a base in London while ensuring they have a presence in Europe.

British companies that provide services into Europe, already consider the commercial opportunities and infrastructure across different EU jurisdictions, in case of relocating their business, or establishing European branches, they also familiarise themselves with the legal processes associated with incorporating an entity, employing staff, leasing office space etc.

Nevertheless, the talk is increasing of finding a way to stop Brexit altogether, however politically embarrassing that could be, many EU jurisdictions are preparing not only to mitigate the negative consequences of Brexit but on how to attract UK based bussinesses to relocate to EU.

Bulgaria, with its friendly business environtment, great tax benefits, low business costs such as rental and real estate, utilities, labour cost and government incentives to attract foreign investors may offer many opportunities to foreign investors.  We are already known as an attractive spot for IT and BPO industries.

A stable economy and bank sector, second lowest public debt in Europe combined with absence of ethnical tension and immigrant issues raise Bulgaria as a strong competitor among the rest of the EU jurisdictions.

Seting up a Bulgarian (company on its own or as part ofan international structure could be a very good option for those decided to optfor plan B – Еxit from Brexit.

What we could wish for is just some more efforts and business incentives to market Bulgaria and the benefits it offers as a first-class EU jurisdiction for doing business.

Radosvet Radev participates in the Council of...