Radosvet Radev participates in the... 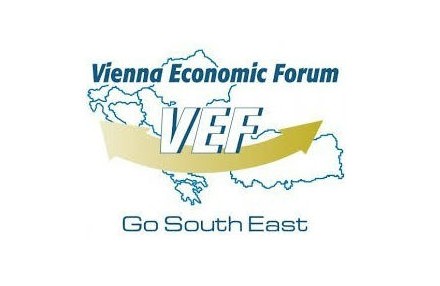 The Executive President of the Bulgarian Industrial Association Radosvet Radev participated in the Vienna Economic Forum, which took place on 19 November 2018 in the capital of Austria. This is the 15th jubilee edition of the forum, which was held under the motto “Economy meets Politics” and under the honorable chairmanship of the Austrian Chancellor Sebastian Kurz.

The forum is a part of the official program of the Austrian Presidency of the Council of the EU, which is the third one for Austria since the entry of the country into the European Community.

The program of the 15th Vienna Economic Forum, which took place at the House of Engineers (Palais Eschenbach) in the heart of the Austrian capital, included two sessions. The morning discussion was on the topic of “Regional Cooperation as a Part of the European Integration and Digitalisation of the Balkans”. Together with the EU Commissioner for Digital Economy and Society Maria Gabriel, the prime ministers of the Balkan countries, who are also honorary patrons of the Vienna Economic Forum, took part in the discussion. The afternoon session was on the topic of “Economy meets Politics”. The emphasis was on how a strong economic cooperation can contribute to a stronger Europe.

Among the participants in the 15th Vienna Economic Forum were once again high-ranking representatives of regional and European policy, as well as presidents, executives and managers of successful and well-known economic subjects from the Austrian, regional, European and world economy.