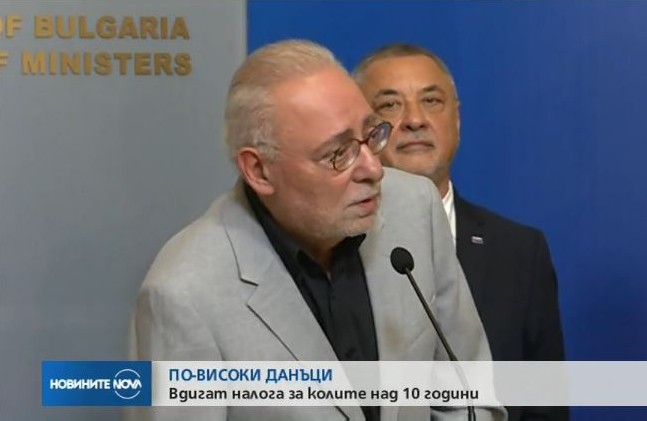 the Executive President of BIA Radosvet Radev was elected Vice President of the NCTC from the quota of employers, in place of Bojidar Danev.

The National Council for Tripartite Cooperation discussed the amendments to tax legislation. They include a comprehensive reform of property tax, according to which the 50% discount can only be used for a single basic dwelling.

Representatives of employers and trade unions expressed disagreement with the introduction of a higher tax on old vehicles from next year. According to experts from BIA, about 2 million cars will be affected by the changes. Representatives of the trade unions have objected to the formation of the tax, which will include the age of the vehicle and its eco-standard. According to Vanya Grigorova from the Confederation of Labour “Podkrepa” the groups with lowest income will take the burden. “The increase for them is around 30% at least in terms of the number of year a vehicle has been registered,” she explained.

During the meeting, employers’ organizations once again raised the question of facilitating the auditing process for SMEs through amendments to the Accountancy Act. “It is a matter of resource of these small businesses of around 13 million, which is totally redundant. This is not a question of damaging the treasury, nor does it imply any spending on the part of the state,” commented Kancho Stoychev from BICA.

The Minister of finance Vladislav Goranov made a commitment for the issue to be discussed. “The audit, as it exists, aims to protect the interests of shareholders, not so much as a fiscal one, because there are other tools to control and supervise taxpayers, so we are open to this debate,” he said.

During today’s meeting, the Executive President of BIA Radosvet Radev was elected Vice President of the NCTC from the quota of employers, in place of Bojidar Danev.