The business in Yambol has clients,... 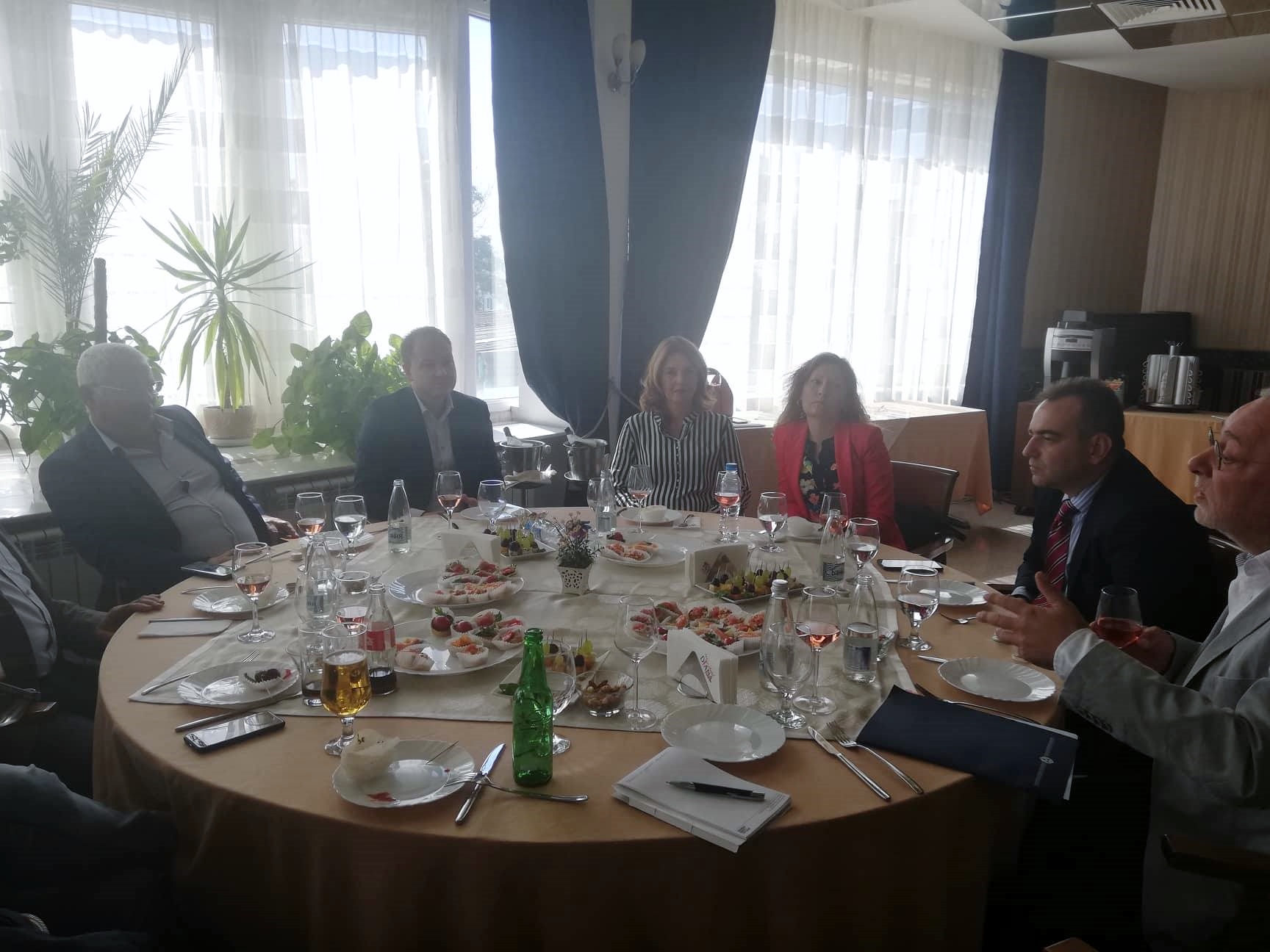 The Executive President of BIA Radosvet Radev held a working lunch with the management of the Regional Industrial Association - Yambol, headed by its chairman Monyo Todorov, and with members of the association. The Yambol District Governor Dimitar Ivanov also participated in the meeting.

The main focus of the conversation was the need to liberalize the labor market. The lack of manpower is enormous, and local companies are unable to meet orders in time and in full. The business in Yambol has clients, buildings, machines and capital, but no people!

“The lack of staff is ubiquitous, even in the District Administration there are unfulfilled positions for engineers, legal advisers and IT specialists. If the business is doing somewhat with low-skilled cadres (mainly thanks to the Roma population), the hunger for engineers and other qualified staff is great,” the participants said.

There is also a serious migration of the population – of the 600-800 students graduated last year, only one-third remained in Yambol, and the others sought realization in Bourgas, the capital or abroad, despite the existing branch of the Thracian University in the city and despite the practice of a large number of local employers to award scholarships to students in professional high schools. Particularly during the summer season, the outflow of labor to Bourgas is significant.

Business representatives from Yambol expressed their expectation for BIA's support to speed up the signing and implementation of various bilateral labor import agreements from third countries. In this regard, it was emphasized that with only about 50 more people, larger firms in the region could double their production.

The district governor Dimitar Ivanov proposed to strengthen the partnership with BIA in order to increase the awareness of young people about the possibilities for realization in the field of production. He noted that there is an old and very wrong attitude, and the reality is fundamentally different - businesses now have clean production and offer excellent working conditions.

Monyo Hristov introduced Radosvet Radev with the basic parameters of the work of RIA - Yambol, noting that the Occupational Medicine Office of the association serves over 700 companies. Moreover, the association issues certificates of origin of goods and is practically the second customs agency in Yambol.

“I have the task of working on the problems I have encountered and conducting the necessary meetings and conversations. My goal is to make it possible for entrepreneurs to have the freedom to find the people who work for them without being pressed by various side circumstances,“ Radosvet Radev said in a closing statement. He highlighted the good understanding and partnership that BIA has with the Minister of Foreign Affairs Ekaterina Zaharieva as well as with other institutions responsible for labor market policies.

Today's tour of Radosvet Radev in Southeastern Bulgaria ended with a visit to Sliven where he spoke with the chairman of the local Regional Industrial Association Panayot Hadjiivanov. The main focus of the conversation was the problematic communication with the representatives of the administration, which impeded the investment activity in the city and the region.

Since his election at the end of June, the Executive President of BIA visited 11 cities - Shumen, Rousse, Vidin, Vratsa, Montana, Plovdiv, Pazardzhik, Stara Zagora, Bourgas, Sliven, and Yambol. A common problem for all cities visited is the highly worrying shortage of labor and the poor quality of the infrastructure. These are the key obstacles to attracting and retaining investors. Last but not least, the difficult relationship with the local administration, incl. the aggravated bureaucratic procedures. Unfortunately, examples of good interaction between business and local administration are few and where they are, the results are visible - for example, in Shumen and Bourgas, where there is an intensive development of the economy.