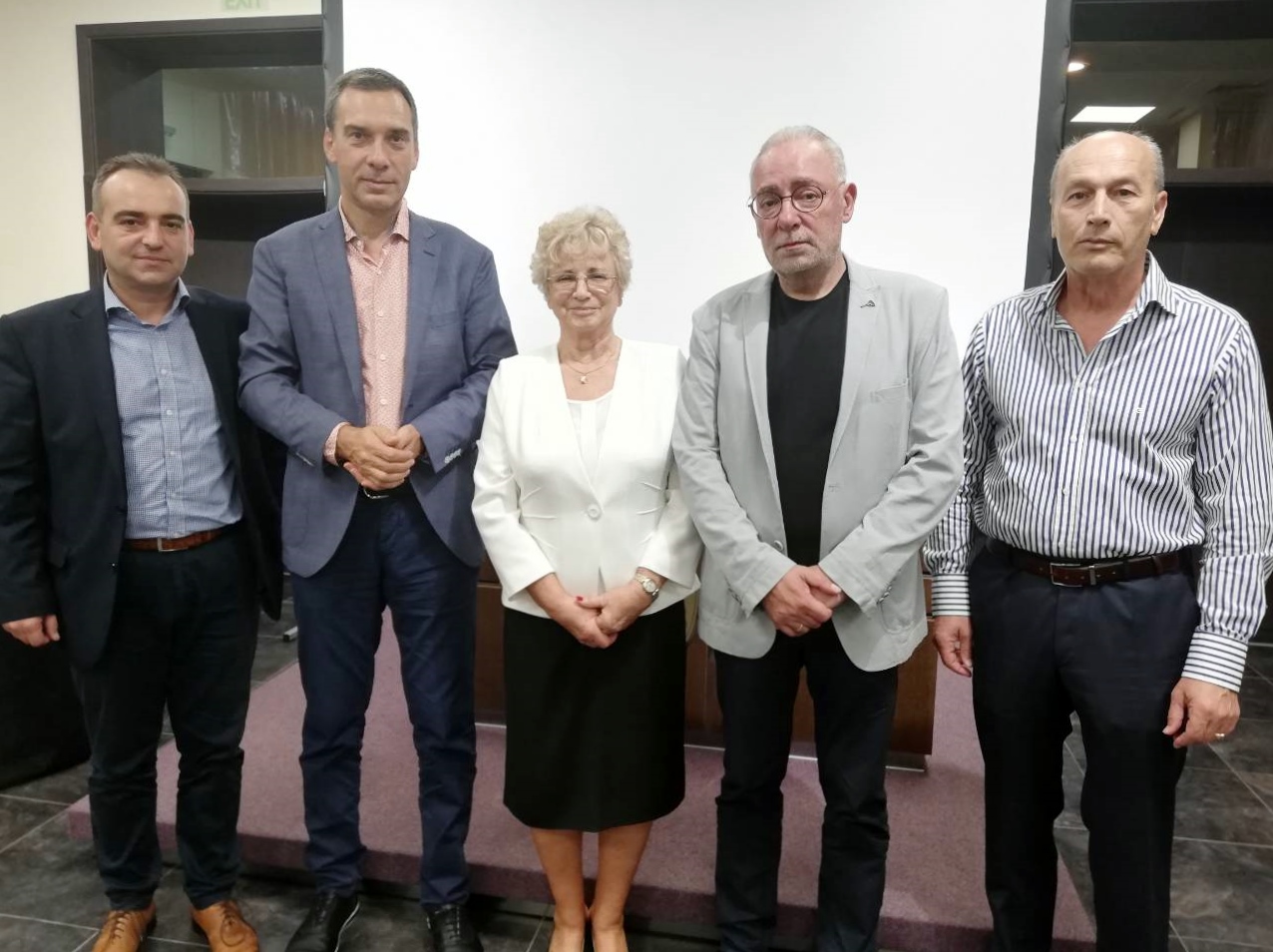 “The local administration has inherited good relations with the Chamber of Commerce and Industry (CCI) - Burgas - it is the voice of the business here. I have always sought consultations with them about local business issues and I have always received expertise and partnership. However, businesses need to be more courageous and more categorical. He also has the right and the capacity to move the bureaucratic machine and to improve the administrative processes, which are the biggest problem for investors.” This was said by the mayor of Burgas Dimitar Nikolov during his meeting with the Executive President of BIA Radosvet Radev, held last night (24.09.2018) in the seaside town. According to the mayor of Burgas, the procedures should be as simple as possible and investors should be encouraged. As an example, he pointed to an enterprise that had plans to invest in Burgas, but eventually headed for Novi Sad, where the state returns 10% of the investment.

As a key problem for the development of local business, Dimitar Nikolov pointed out the shortage of staff - a problem that forced the Burgas employers to look for workers from Yambol. Another major problem is the depopulation of Strandja-Sakar, where only 10 out of 100 houses are inhabited, and people are massively relocating to Burgas, abandoning their livelihoods, especially in the field of livestock breeding.

During the conversation, the mayor did not miss to share some good news, such as the construction of the industrial zone in the city. “For only a year and a half 3000 hectares of derelict land have been transformed into 27 industrial sites, 24 of which have already been sold,” said Dimitar Nikolov with a feeling of pride and expressed the view that the success was in the public-private partnership, which should more actively be developed and encouraged.

As an example of success, the Burgas mayor pointed out the new computer programming vocational high school, which, apart from its modern facilities, boasts modern forms of training and effective interaction with local businesses. “In Burgas, vocational education has been functioning for 6 years, and every year the children with a certain success and desire have the opportunity to work in the German town of Degendorf - in big companies such as Audi, for example,” commented Dimitar Nikolov. He did not spare the problem of obsolete textbooks on special subjects in the field of information technology. To compensate for this deficiency, senior lecturers from leading software companies are also invited to teach at the school and are also part of the school's board of trustees.

Today (25 September 2018) Radosvet Radev participated in a business breakfast with the members of CCI - Burgas, which included representatives of 20 companies from the region. As a key problem was pointed out the shortage of workforce - not only in the touristic branch but also in the other sectors that define the economic outlook of Burgas. According to the participants in the conversation, some of the solutions to the problem are related to the expansion of the automation of the processes, as well as to the reduction of the state administration, whereby the labor resource for the private sector is released. Therefore, administrative services should be digitalized as well as the reduction of regulations should be undertaken.

Representatives of the Burgas business were unanimous that incentives for business development are needed, incl. introducing new technologies and creating quality jobs rather than focusing on controls and sanctions. “The state controls the process, not the result, and while it controls it, it makes it difficult and corrupt,” participants in the conversation said. Radosvet Radev, for his part, expressed the opinion that business is not happening in the cabinets, but in the companies. “That's why I'm here - to identify the problems and to work together to change the business environment by looking for a more effective partnership with the local authorities,” said the Executive President of BIA.

During his visit to Burgas Radosvet Radev met with the district governor Vulcho Cholakov. The emphasis in the conversation was again on the deficit of cadres, incl. for the local administration. According to Mr. Cholakov, it is necessary to give more autonomy to the municipalities as they are much more flexible than the state and can more effectively cope with local challenges if they have greater autonomy in making management decisions.

Radosvet Radev's visit to Burgas ended with a visit to the newly opened Vocational High School of Computer Programming and Innovation, where he took a look at the training facilities and talked with the director Dimitrina Todorova. It was agreed to prepare a partnership agreement between the high school and BIA, as well as to make contacts with Cluster “Mechatronics and Automation”, which is a member of BIA, as well as other interested organizations and companies.