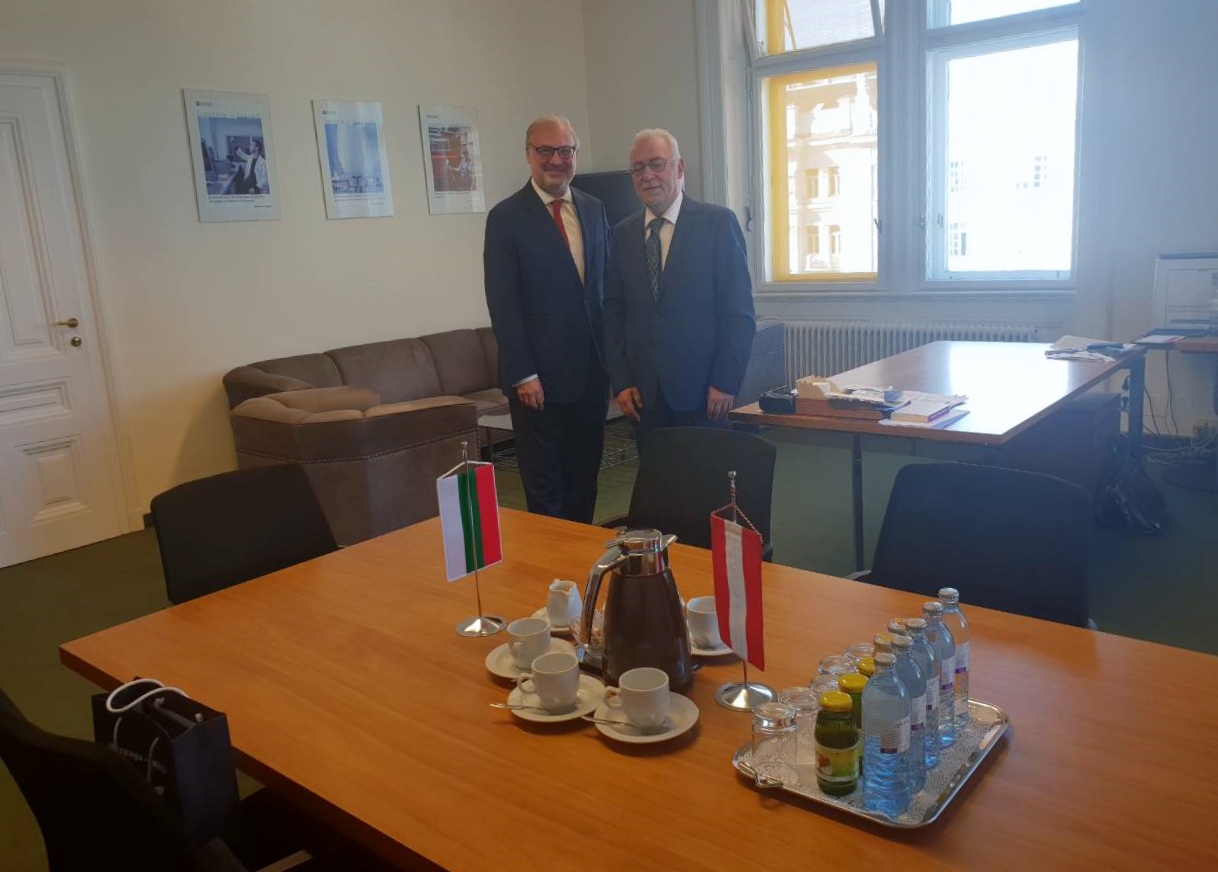 By an invitation of the President of Federation of Austrian Industries (Industriellenvereinigung – IV) Georg Kapsch, the Executive President of BIA Radosvet Radev, visited on the 13 September 2018 the headquarters of IV in Vienna, where he met with Michael Löwy – Director of International Relations.

The conversation highlighted the many similarities between Bulgaria and Austria, as well as the successful business cooperation between the two countries. “Both countries have roughly the same territories and population. Both countries are governed by coalitions of right-wing and nationalist formations. Both countries chaired the EU in 2018. Both business organizations, as members of BusinessEurope, have responsibilities in organizing the Presidency of the Council of the EU, alongside national governments,“ noted the participants in the conversation.

In addition, some differences in the structure and functioning of employers’ organizations in Bulgaria and Austria, as well as the condition of tripartite dialogue (state-employers-trade unions) in both countries, were also taken into account. Michael Löwy introduced Radosvet Radev with some recent achievements of Austrian employers in their communication with state institutions, especially in the field of labor legislation. “Employers are often creators of new regulations. Thanks to our efforts, the norm for maximum working hours in Austria was changed – from 8 to 12 hours, which helps to overcome the shortage of workforce”, shared the Austrian host.

Radosvet Radev presented the views of Bulgarian employers on current issues, which Bulgarian business is facing, incl. in terms of labor market and lack of staff, the need for regulatory stability and long-term predictability of the business environment, higher quality of basic public systems – educational, judicial, etc. Mr. Radev also shared his personal challenge to take over the management of BIA in the summer of this year. His ambition is to work for the modernization of BIA, for which he received definite support and willingness to cooperate on behalf of IV. “Your organizational experience is undisputed and highly valued by me, so I accept with gratitude the lent partner hand. I have no doubt that that the excellent communication between the two organizations will remain in the future, especially within BusinessEurope, where together we will continue to work for a more secure and prosperous Europe”, said the Executive President of BIA.

During a constructive meeting on September 13, 2018 in Vienna, Dr. Radosvet Radev, the new Executive President of the Bulgarian Industrial Association and the Ambassador a.D. Dr. Elena Kirtcheva, General Secretary of the Vienna Economic Forum discussed the further intensive cooperation.

In recognition of the good cooperation of recent years, Ambassador Dr. Elena Kirtcheva received the Silver Coin of the Bulgarian Industrial Association by Dr. Radev and presented, in return and in the name of the board of the Vienna Economic Forum, the Gold Mask of Schipka to him. 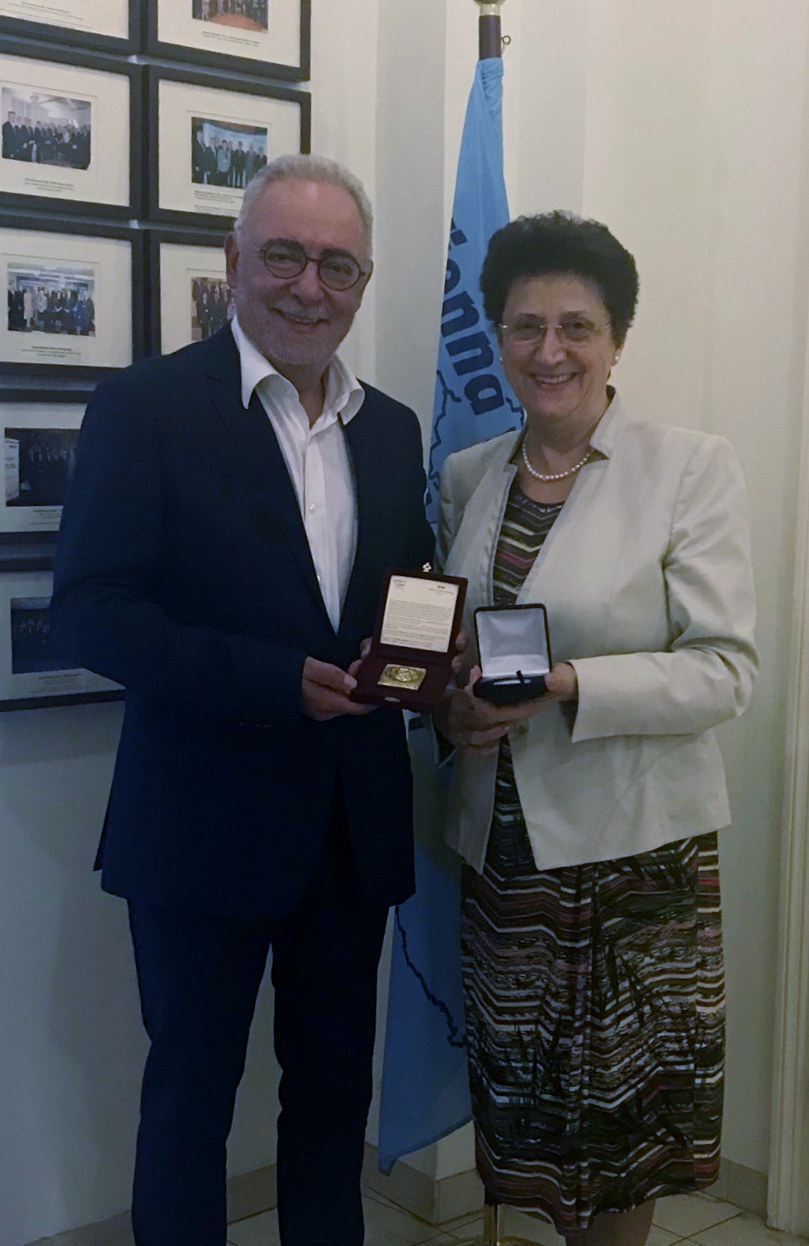