Establishment of the Confederation... 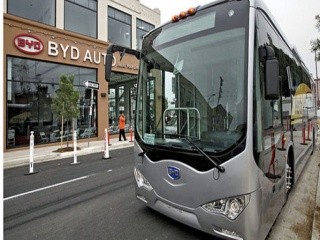 The Confederation of Bus Carriers was established by seven branch associations in the field of motor transport, bringing together about 200 medium and large companies in the sector, which generate over half of the gross product in the industry. Magdalena Miltenova, Chairwoman of the Branch Union for Economic Initiative in Transport, was elected President of the new confederation, and her deputies will be Maxim Petkov - President of the National Union of Carriers - Varna, and Kuzman Valev - Chairman of the Corporation of road transport operators in Bulgaria. The new branch structure will be run on a rotating basis and the main governing body will be the General Assembly where all the members of the organization will have the right to vote.

At a press conference today, 12 September 2018, the newly elected management of the Confederation presented the main goals, tasks and priorities of the organization. It was emphasized that a key objective is the unified representation of the branch in the dialogue with state institutions. “We cannot agree on all issues, but we have unanimity in the key areas of the industry, and this is a prerequisite for a good dialogue with the government and for achieving good results - both for the sector and for society,” said Magdalena Miltenova. Her words were supplemented by Ivaylo Konstantinov (Chairman of the National Association of Bus Carriers), who explained that contradictions on specific cases would be discussed within the General Assembly of the Confederation, after which it would be decided by a vote which unified position would be taken by the organization presented to the competent institutions and the public.

Within a month, the Confederation will present a comprehensive concept for development of bus transport with specific texts on regulatory change. The main proposals will focus on lightening business and reducing unfair competition, ensuring road safety and implementing best European practices and norms. “Our direction is one - full harmonization of our legislation in the field of road transport with the European one”, stated Maxim Petkov and made a commitment to full openness and publicity in the activities of the Confederation.