Radosvet Radev: The worker has to be... 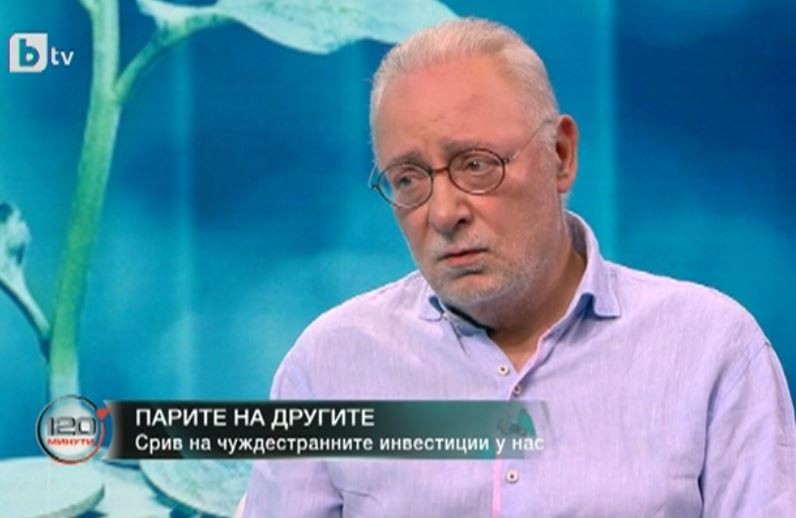 “Over the last three years the amount of money our compatriots abroad send to our country exceeds foreign investments”, said in an interview the Executive President of BIA Radosvet Radev.

Over the past year they have transferred over BNG 2 billon to our country and foreign investments worth BGN 1,7 billion.

“It is not necessary to have bad conditions for capital to be lost. This might be due to competitive environment in other destinations, for example, Romania and Serbia. At the moment, it seems as if we could not be the attractive destination, which can make the foreign investor to come at any price”, said Radev.

Radev said that the new social function of business - to pay for the non-employment of a disabled person, is an obstacle for the companies because this will amount to about 500 million BGN per year, which will not be targeted towards investment projects.

“For 10 years, the average wage growth in Bulgaria is 75%, while productivity has grown by only 30%. There must be a growth parity for both, otherwise we will reach the level of Western Europe pay, but not their productivity. The worker must be sated and the employer “hungry” for challenges in order to have balance in the labor market,” Radev commented. Remunerations must be fair because we all work in a competitive environment, said the Executive President of BIA.

According to him, there are a lot of “hungry” entrepreneurs in our country, especially in field of IT. The Bulgarian is extremely gifted to be an entrepreneur, Radev said.

According to him, there is hunger for all cadres, not only highly educated. For example, animal seekers are sought, and they are likely to be “imported” from Kyrgyzstan.